Chart of the day: Most user experience (UX) research is conducted during the design and prototyping phase

76% do UX research during the design and prototyping phase, whilst 72% do user research before design and development. 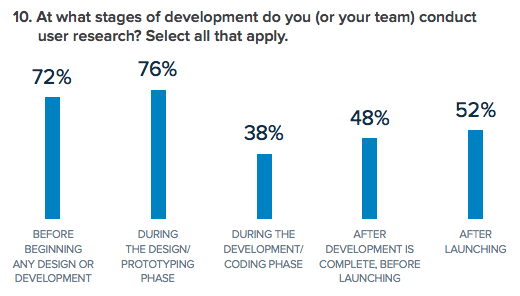 And how much resource do companies have, when it comes to UX? 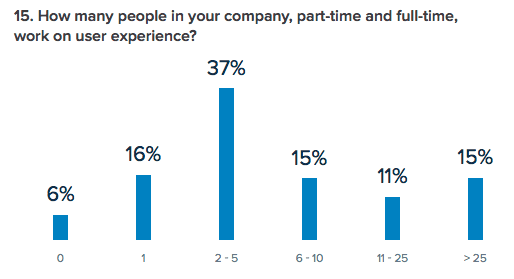 Most companies surveyed have at least 2 people tho work on user experience. A few years ago this would have been much lower, UX is now a key part of marketing and technology teams and is becoming heavily advocated in businesses.