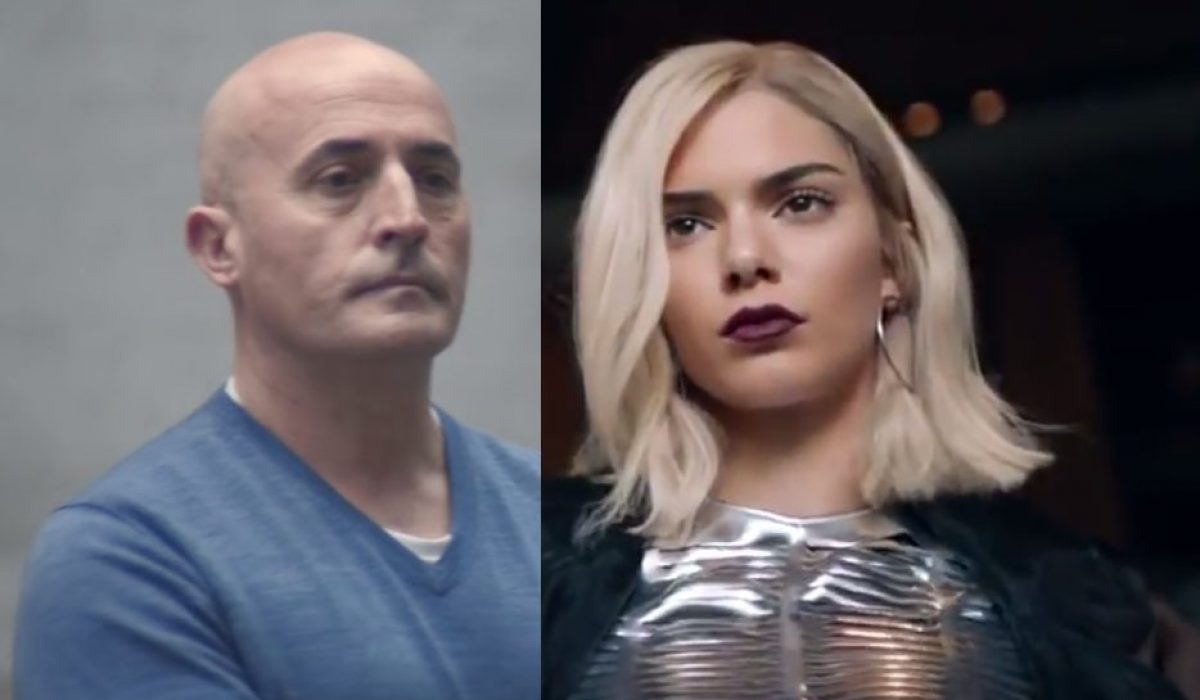 Two campaigns rang the Trending Bell in the last few weeks: the Pepsi ‘Kendall Saves the World’ video, starring Kendall Jenner, and the Heineken ‘Worlds Apart’ film, featuring real people overcoming their differences over (wait for it) a beer.

One was a spectacular, global flop, instantly ridiculed by every human with a smartphone and torn to shreds by the zillion-headed social media beast. (For speed, reach and venom, no shaming in history compares with Internet shaming).

The ad was pulled and a somber apology issued — to all of us, but especially to Kendall Jenner. (I loved that part).

The other film, after a slight pause (no doubt an excruciating half-hour for the team at Heineken), got the kind of virtual standing ovation that carries creative teams straight to Cannes (buy your Croisette-wear, guys).

Why did the Pepsi ad trigger the lynch mob and the Heineken ad trigger our self-regard?

It may feel obvious: one was crass, tone-deaf and superficial while the other was honest, timely and authentic.

But is that what’s really happening?

We sent… me to find out.

When the Pepsi ad broke, I gleefully clicked through to watch so I could share in the fun. It couldn’t be as bad as the first tweets suggested, could it? (Reader, it is).

But, even though the ad is a cringe-multiplying parade of shiny, happy yuck, I was surprised that the mob verdict was so loud and so shrill.

We The People™ weren’t just offended. We were outraged. Pepsi hadn’t just made a bad ad, they’d spat on Nelson Mandela’s grave, then left an ice-cold Pepsi® on the headstone for all peoples to share, black no matter, white no matter.

My first response was the thrill of the medieval serf who got up early enough to snag a front-row seat at the weekly witch-burning. This was going to be fun.

As a veteran (okay, ‘old’) copywriter, I’ve been associated with (okay ‘created’) more than my share of flops. I’ve shat the public bed often enough to know what it feels like. (It feels fucking AWFUL.)

So I couldn’t just dismiss Jennergeddon with a loud “Hah!” a few hundred re-tweets.

I had to know WHY.

I had to know exactly which lines – invisible and all-too-visible – this ad had crossed.

Not just out of curiosity. Out of abject fear.

Because, underneath the sweet, sweet taste of superiority, I feel sorry for the team that created it.

And I don’t think it’s fair.

Yes, the ad was as tone deaf as Martha*.

Yes, it was a crass attempt to co-opt a movement (Exactly which movement is notoriously unclear. One of the photogenically angry protesters brandishes a placard that says, “Join the conversation!” — is there an The Anti-Introvert Alliance?).

Yes, every single PepsiCo executive who saw the rough cut clearly insisted on just 3-5 more product shots in an ad that was already alarmingly full of product shots.

And, yes, the casting director clearly consulted the third edition of The Advertiser’s Catalog of Ethnic Types when choosing the beautiful people who would be holding, drinking, standing next to, receiving, photographing, playing cello with, walking past, and, above all, sharing bottles of Pepsi.

Yes, there’s actually a moment in it when Kendall whips off her blond wig and tosses it – without even looking – to a mixed-race assistant standing by for just this purpose (normal celebrities have publicists and make-up artists. Kardashians have wig-catchers.)

Yes, yes, yes the ad was a super-slick, well-produced, screaming pile of suck.

READ ALSO  Which content type generates the most leads?

But here’s what puzzled me:

We see tone-deaf ads trying to duct-tape their products to Higher Values every day.

And ads that treat us like insecure pre-teens desperate to know exactly what we must buy to make everyone like us.

Most are professional, well-shot and well-edited, as this one was.

Coke (enjoying their official Best Week Ever) churns them out all the time. (One of my hobbies is watching the deep concern with which they help society think properly about obesity. Apparently, it’s about choice).

First, here’s why I feel bad for all the people employed by the brand new, in-house Pepsi Content Studio that created this ad. (‘Agency Dodges World’s Biggest Bullet’ or what?).

There but for the grace of Kendall…

The Pepsi guys were just doing what brand stewards do: believing that their ‘brand values’  are exactly the same as real, human values.

Over time, the people who work with a single brand every day come to see these brand values as deeply held truths. (I saw it close-up on the Dove account at O&M New York in the eighties). (It’s scary).

To these smart-but-institutionalised people, Pepsi doesn’t just stand for or symbolize youth and friendship and caring and unity and love.

Pepsi really is all these things.

And when you work in a team – or a whole company – that believes this, ads like ‘Kendall Solves All’ feel true and real and right.

I have met these people.

They’re trained and socialised to forget the deep, dark secret that, if accepted, would bring the whole house of cards that is Our Global Economy crashing down.

Just sugar, suspended in water, with some added chemicals and colouring.

Then some more chemicals. And a bit more colouring. And chemicals.

In a bright, shiny, colourful can with a crisp, clear logo on which no expense has ever been spared.

Because, here’s the thing:

Without a brand, it’s impossible to make people associate brown sugar-water with things like love and caring and family.

With a brand, it’s easy. Just add budget. (And, turns out, a modicum of cultural sensitivity — who knew?).

Coke co-opts things like Christmas and football and friendship every single day in every country in the world – and nobody gives a shit.

Pepsi borrows the idea of caring about the political world we live in… and all hell breaks lose.

A Kardashian too far?

Maybe their big mistake wasn’t the idea or the script of the extras or the cello. (All bad calls).

And maybe it wasn’t the record-breaking product placements. (FFS).

Maybe it was Kendall Jenner.

This ad would certainly have been ridiculed but not shamed off the Internet if it had just cast a less famous person. Or a person whose fame wasn’t built exclusively on superficiality.

I have nothing against Kendall or any other Jenner.

She was just a bad choice for this bad ad. And she proved to be the spark at the gas station. The catalyst that turned the otherwise simply awful mixture of bad taste, logos and ethnic extras into a nuclear brand meltdown.

Creative home-runs may be made with intelligence and wit and craft — but surely they owe at least a tiny bit of their impact and success to some kind of mysterious alchemy.

We don’t really know why they work.

And, until they’re out there, we don’t really know if they’ll work.

Sometimes, an invisible something turns ‘simply awful’ into ‘this must die’.

This time, that something was probably the wrong celebrity (in the wrong idea at the wrong time).

We the People™ tasted blood.

And it tasted way better than sugar-water.

Yeah but what about Heineken?

Isn’t Heineken, with their ‘World’s Apart’ film, also co-opting an important issue at a sensitive time?

Both films reach for something profound to sell something liquid.

Both are professionally produced, well shot and well edited.

But there are key differences:

It’s smarter and subtler.
The Heineken ad appeals to our intelligence instead of presuming we lack any. It doesn’t spell out every message in neon. It lets the story-experiment unfold slowly and it ends before we feel preached at.

It says something we want to hear.
We’re all experiencing, right now, the tragedy of unthinking divisiveness. We know that we could find ways to like people who disagree with us — if Fox Fucking News would just shut the fuck up.

Where Pepsi just alludes to taking a stand (on some invisible, off-stage issue), this piece actually does take a stand (on a real one).

It’s moving.
It’s hard to watch the end without a tear or two (okay, a sob or five). Each of the people in the experiment really did find a way to soften their convictions for long enough to validate the human being in front of them.

That’s not just important, it may well be the only hope we’ve got.

It uses real people.
Painstakingly selected people, edited from a much larger group – but non-celebrities. People who don’t have wig-catchers.

Yes, they artificially accelerate the intimacy between them (probably using some of the 36 questions that psychologist Arthur Aron used to make strangers fall in love in his (in)famous experiments).

But are they really so different?

The difference between the Pepsi ad ad the Heineken ad is not a moral one.

It’s a difference of script and strategy and craft.

Of concept and casting and execution.

But, morally, the two are the same: get people to buy more branded sugar-water or beer by associating your brand with things those people care about.

That’s what branding is and how marketing works.

We don’t object to that part.
(I am amazed that it works but I’m not getting all judgey — marketing is my job).

When we get on our high horses and shame the Pepsi people, it’s not because they’re evil and Heineken folks are good.

DiDi Delgado makes some powerful points, when she argues the Heineken ad is worse than the Pepsi ad:

Not so sure I love the beer ad now…

Clearly, the Pepsi video is much more fun to hate than the Heineken one.

But they both aimed at the same target.

The Pepsi people — smart, talented, experienced marketers – made a bad call, got themselves into a reality distortion bubble and went for it. And now wish they hadn’t.

While the Heiny guys had a cool idea, ran a clever experiment, edited the results… and it worked.

Maybe the lesson is that when you attach your products to things people care about, you’d better get it right. The upside is enormous, but so is the fall.

I hope the Pepsi folks heal fast and get back in the game.

But I know which branded bottle I’m about to crack open.

SNL’s ‘behind the scenes’ sketch. Been there.

* Martha insists on dragging people to karaoke even when she’s not in Tokyo.
Martha always sings ‘Losing My Religion’ because the entire ‘melody’ consists of pretty much one note (decidedly not the note Martha sings).
When Martha puts on headphones in our open-plan office, people place bets on what she might possibly be singing along to. Real money bets.
(TLDR: Martha sucks at singing.)