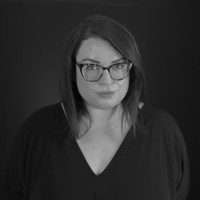 Gerkin has taken up the same tactic I have to test the waters: simply asking people whether they’d like to give him a call. “The assumption that convenience means written, quick communication is a thing that needs to be challenged,” he says, even though it’s sometimes true. The trick, according to Gerkin, is to be more actively thoughtful about which medium might be best suited to a particular interaction. He nods to the work of the Massachusetts Institute of Technology professor Sherry Turkle, who argues that texting and emailing are often useful for quick, logistical, or low-priority communications, but that for more complex matters, spoken conversations can’t be replaced.

“Quick” communication and “complex” communication aren’t always distinct categories, though. In overlapping cases, the correct medium to use will have to be negotiated between conversation partners. Paul, my editor, is ambivalent about phone calls because his job requires much more multitasking than mine does, which means sometimes our priorities in the moment differ. [Editor’s note: Hi, Amanda.]

Thankfully, solving that problem is simple: Instead of calling him, I just ask via Slack whether he wants to call me. Asking also lets those with more severe phone-related anxiety opt out, and it helps identify people in your social circle who, like you, are secret chat-wanters. Every single time I’ve asked a friend whether they’d like to talk instead of text, the response has been enthusiastic.

As with many problems of shifting social norms that Millennials have encountered but not yet solved, Gen Z—kids and young adults currently 7 to 22 years old—might be the group that digs itself out from its many, many inboxes. They text and DM, too, of course, but the generation came of age with online video, and its facility with FaceTime, Skype, and other methods of video chat gives them an opportunity to develop conversational skills that older people might have lost.

Simply waiting for younger people to age into cultural prominence isn’t sufficient, however, Gerkin emphasizes. Millennials might need to more actively consider developing those skills themselves in order to maintain their relationships and social connections over the course of their lives. “Millennials get thrown under the bus all the time, but it’s one of those things that we’re going to have to respond to,” Gerkin says. “You can’t just say, ‘Oh, that generation sucks’ and then just throw out a generation.”

We want to hear what you think about this article. Submit a letter to the editor or write to [email protected]

Amanda Mull is a staff writer at The Atlantic.