The cast and crew of Seo Mutarevic’s 2018 Shiner talk about the making of the film and it’s tribute to Seya Hug’s father, World Heavy Weight Champion Andy Hug.

From Tae Kwon Do to Jujitsu, and from boxing to kickboxing, Seya Hug is not only an accomplished actor, but is also well-versed in the martial arts arenas. Fittingly enough, Seya recently starred in Shiner, a film directed by award-winning cinematographer Seo Mutarevic about the personal lives of MMA fighters and the industry’s harsh realities. While this was Seya’s first lead role in a feature, what made this experience truly special was the tribute the movie paid to his father, World Heavy Weight Champion Andy Hug.

“Martial arts has always been a huge part of my life, particularly because of my dad,” said Seya, who currently holds a black belt in Tae Kwon Do and trained as a boxer for six years with a German pro. “That was something that drew me to the script, and I think this is a film he’d be proud of.”

In the movie, Seya plays the character of Matt Bradford, an aspiring world champion fighter who is quickly thrown into the underground world of MMA fighting after meeting has-been boxer Happy McBride. McBride, played by Kevin Bernhardt, takes Bradford under his wing and introduces the newbie to the underground world of MMA fighting. As Bradford fights his way to the top and fights parental expectations, he also begins to fall for Happy’s charming and ambitious daughter Nikki, played by Lonely Weekend‘s Shannon Staller.

Bernhardt, who also wrote the screenplay for Shiner, drew his initial inspiration for the film from Seya’s late father Andy Hug, who passed away from leukemia in 2000 when Seya was just five years old. Bernhardt was working on a screenplay about the world-renowned K1 champ and, during the process, met Seya and his mother Ilona Hug. IIona, who is also a film producer in addition to being a well-known sculptor, helped Bernhardt develop the script for Shiner.

“Ilona wanted to do a fight film about the early experiences of an MMA fighter, so she gets all the credit,” said Bernhardt. “But after doing the research, I understood the reason for that. There is so much which goes beyond the grueling physical training, which makes someone want to fight in the first place. I found that it generally requires some impactful emotional experiences outside the ring to get someone there, and the more impactful those events, the harder one works and persists.”

He added, “I have not been an actor for many years, but this seemed like a very good reason to come back to it.”

The timing of Bernhardt’s meeting with the Hug family could not have been better. With IIona and Seya having worked for the past ten years to create a movie about Andy, Seya felt Shiner was another way to honor his father. Not only that, but the young actor also added this was a unique chance to play a character so closely resembling himself. “The most critical relationship in the movie is the relationship Matt has with his dad and the chaotic energy that is their relationship, so I was fortunate in that I was able to draw on my own life experiences to bring that across,” said Seya. “Having my dad pass away when I was so young was definitely one of the worst experiences of my life and I’ve experienced my fair share of darker moments since then. So it was just a matter of tapping into my own life and bringing it to the forefront, and then hoping it comes across in the scenes.”

Watch your favorite shows on fuboTV: Watch over 67 live sports and entertainment channels with a 7-day FREE trial!

Awarded for “Best Screenplay” at the 2018 Northeast Film Festival, Shiner released Oct. 1 and just recently became available on Direct TV. The film had received high praise over the last month, with critics describing Shiner as “refreshing,” with Ultimate Action Movies adding, “In these times where we are blinded by the circus level theatrics of big money fights, we often forget about the guys on the bottom who are basically fighting for peanuts because they have a passionate love for the sport.” 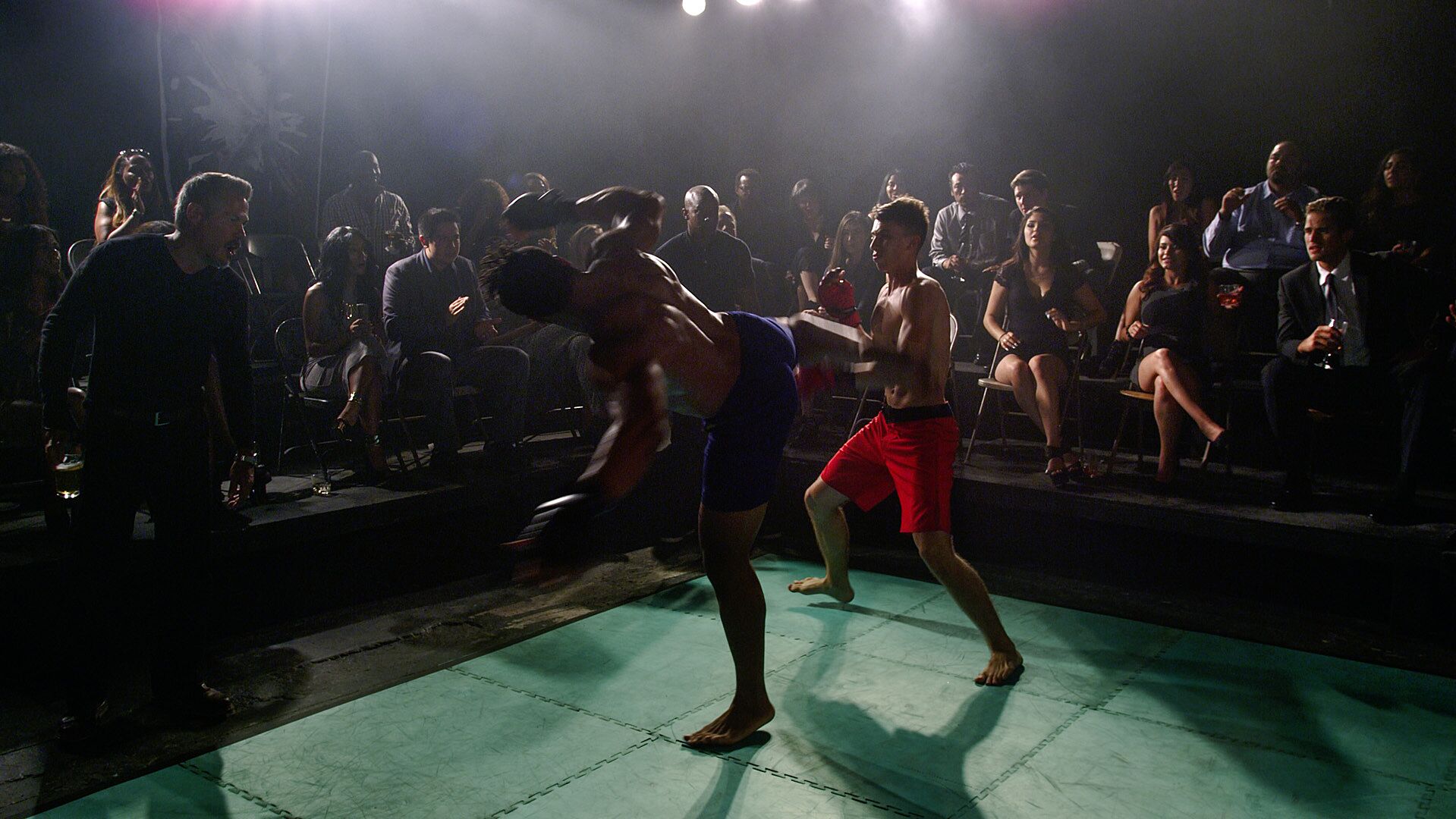 “I searched out the hardest working young fighters I could find who couldn’t catch a break…but I found the best understanding was right in front of me,” said Bernhardt. “It came from Ilona because she was there when Andy came up from less than nothing. That is where I feel our story has more depth and originality than the usual film set in this arena.”

Seya says his mother was on set frequently as well, which gave the actor some “peace of mind” when it came to the more emotional scenes. However, Seya says the emotion was just as tangible for IIona during production.

“She definitely shed a tear or two during these scenes because it resonated with her personally,” said Seya of his mother. “She was, in many ways, my dad’s closest companion and his business partner, so she experienced all the chaos a fighter experiences and she was there 100 percent of the way so she knows what it’s like.” 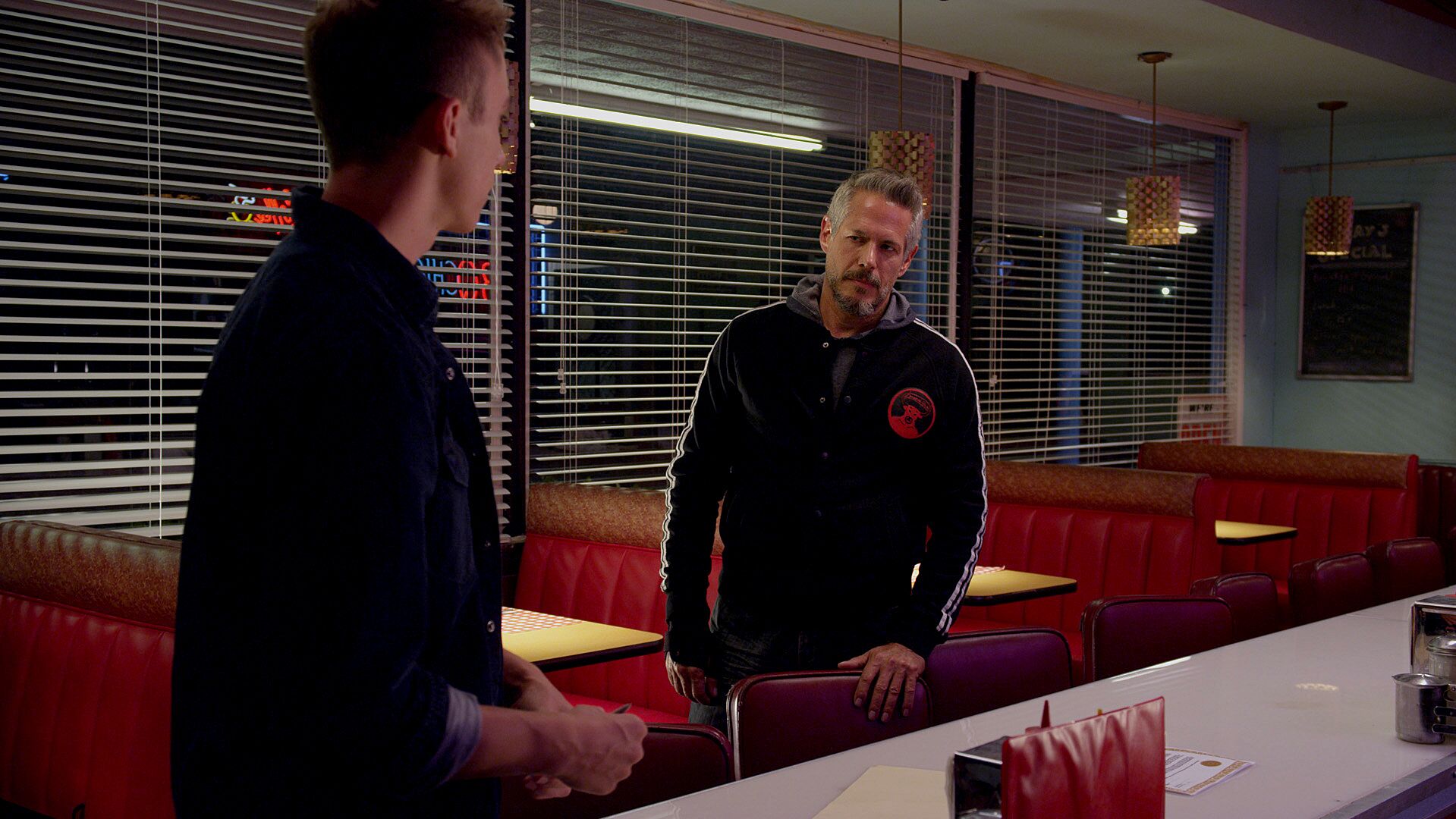 Director Seo Mutarevic, who lives by the idea that emotion is expressed through action, did double duty as both director and cinematographer. He not only provided an added level to the intensity in each scene but also created a space for the actors to tap into their own emotions.

“An actor’s job is really hell in my view,” said Mutarevic. “When an actor gets in front of a camera, they have to push that emotion as far as it can go. I mean, can you imagine? To lose a dad and live without a dad is a great loss and nobody wants to go there emotionally. It’s painful, it’s scary, but actors go there and I can tell you why. They’re crazy. Who in their right mind puts themselves through that torture?”

He added, “But our job as the crew is to create a space where an actor can be emotional. We have to push them into a very uncomfortable place. It’s very hard and there’s no mercy for anybody. But you have to go there because our job is about capturing the human experience and making it believable.”

While the process might seem straining to some, this psychological exploration is the part of acting Seya loves most.

“I guess what draws me to it is that it’s one of the most cathartic art forms I’ve come across,” said Seya. “Oftentimes in real life, it’s hard to truly say what’s on your mind or experience certain emotions in front of other people, but in movies, you just get to be and open up about those emotions without being judged for it. Being a part of this film was one of the greatest experiences I’ve had in my life.” 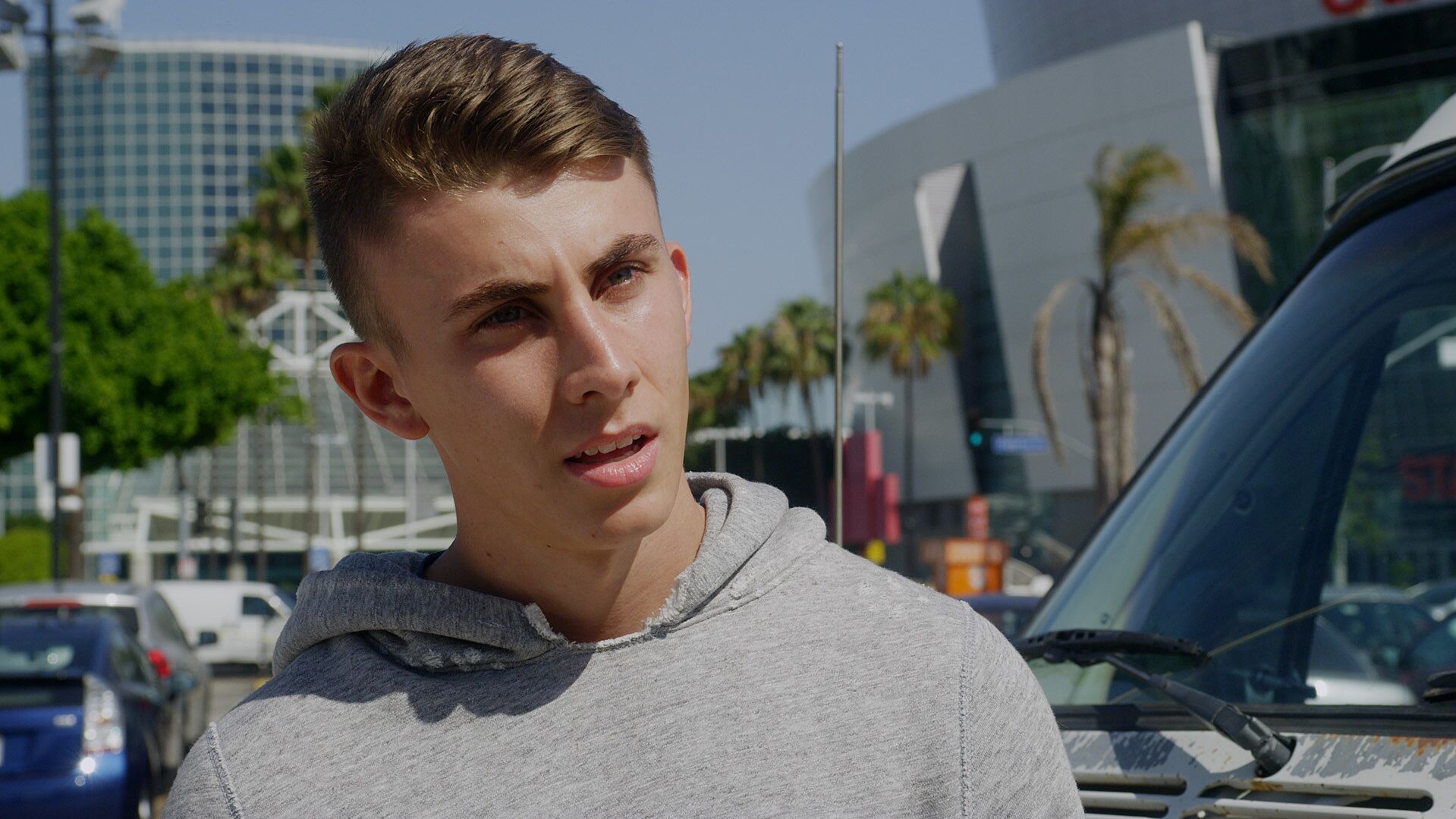 Seya is still working with IIona on the film about his dad. There are no set production dates yet, but the ball is starting to roll slowly but surely.

“It’s taken an incredible amount of time and a lot of patients but it does seem now that we’re finally getting a team together and we’ll actually get it made after all these years,” said Seya. “It may take another ten years, but I promise you this: it will get made.”

Next: SEAL Team: Kerri Medders discusses the devastating storyline for Emma in Season 2

Shiner is not only a film about MMA fighting but also touches on troubled family dynamics, blossoming romance and running full steam ahead toward your goals, no matter what your age. I would highly recommend this film to anyone who has a soft spot for life journeys and bad-ass kickboxing.