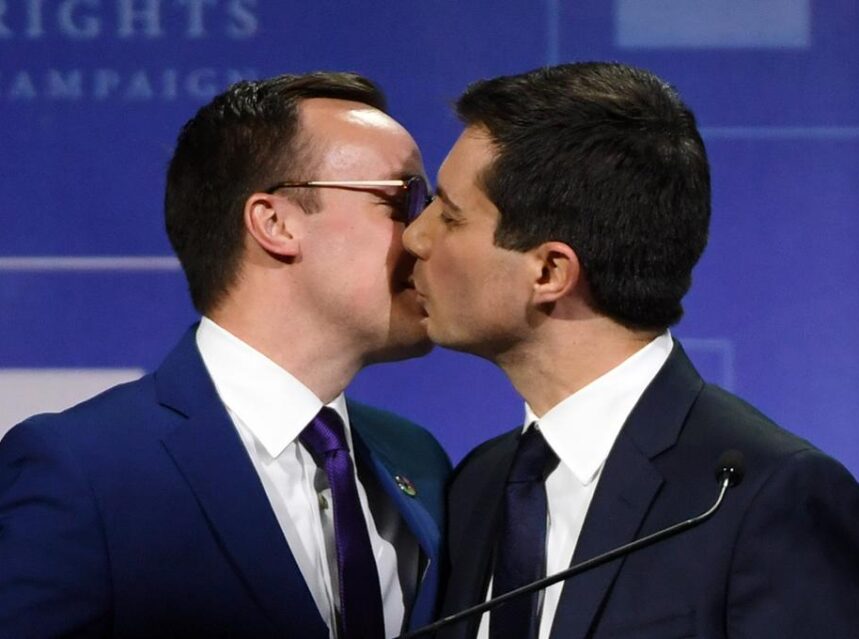 Limbaugh’s comments have served as the canary in the conservative messaging coal mine against the possible Democratic nominee. There are pundits who see hitting Pete’s sexuality as a “Swiftboating” measure—the initiative that George W. Bush’s campaign took against John Kerry’s war record in 2004.

But Limbaugh’s comments are fundamentally different, and they won’t work, for a few key reasons.

Swiftboating might have worked on the margins. (like most myths, the reality is far murkier than the legend—Kerry had other traits that made him a weak candidate. Bush was an incumbent and America was at war. The fact that he had to resort to such a cheap shot speaks more to his weakness than strength.) But what made the attack so politically salient was that the accusers were on the same boat with Kerry in Vietnam. That made the attacks so personal that they were hard to ignore. Who would testify against the guy in the foxhole with them? There must be something to it, some voters concluded. The “objective” news media could report the story because there was an appearance of balance. None of that exists with the Limbaugh smear.

The visibility of openly gay Americans is increasing.

Unlike the Vietnam vets of the Swiftboat smear, most Americans know, work with, go to church with, and like gay people. While the visibility of active Vietnam Veterans was receding by 2004, the visibility of openly gay Americans is increasing. Openly gay people have represented America at the Olympics, in the World Cup, in Hollywood. The stigma still lingers, but it is receding fast.

The key to the Swiftboat school of smearing is to attack the opponent on their strength. Attacking their vulnerability just makes them sympathetic to voters who may not have been paying attention before. That’s why Trump is on the record praising Buttigieg’s sexuality, rather than condemning it. What makes Buttigieg a challenging foe is his surprising lack of vulnerability in any of the areas where Trump is strong.

Trump is a capitalist. Buttigieg worked for McKinsey. Trump praises the military but never served. Buttigieg enlisted (though the Wall Street Journal is attempting to make this his Achilles heel). Trump is an outsider. Buttigieg was a mayor a long way from Washington. Trump claims to love the heartland. Buttigieg is from the heartland.

Who is the Buttigieg slur meant for?

Who is the Buttigieg slur meant for? The Trump conservative wing of the party has a methodology outlined in a recent article in The Atlantic. An outrageous statement is proferred, then amplified by “astroturf” grassroots publications created solely for amplification. The mainstream right-wing media covers the amplified story (“some say”), then the objective mainstream media covers the controversy. It’s a brilliant strategy that the objective media still hasn’t figured out how to combat. But the sexuality slur is atavistically tone-deaf. Trump already has a lock on the audience that would approve. But he is losing the suburban white women who have had enough of his shenanigans. This slur just reminds them of why they’re getting tired of it.

The world has moved on. The Limbaugh slur is from a world before Magic Johnson’s HIV admission, before the legalization of gay marriage, before Vice President Cheney’s daughter, before Megan Rapinoe, before Tim Cook, before Pope Francis. Gays have emerged publicly and the world hasn’t collapsed. The economy has flourished, technology has improved, the net worth of Americans has increased.

It’s hard to see what the Buttigieg slur achieves for Trump’s re-election effort. The main thing it does is remind voters who thought they would give the “drain the swamp” candidate the benefit of the doubt that a 73-year-old white guy from Queens is more Archie Bunker than Ronald Reagan.

Limbaugh has set up Pete Buttigieg for a “Checkers speech” moment—when young Richard Nixon took on critics and significantly raised his profile among those who thought he was too inexperienced to be taken seriously. Nixon before Checkers was a one-note anti-communist crusader. Nixon afterward was a national figure revered for his willingness to fight for his values.

Limbaugh and his “dittoheads” want to have a public debate about whether it’s “manly” for two men to kiss in public. The Democrats should pray that he keeps pushing for this debate. Because the more that suburban voters who Trump needs to win see of this petty, pathetic attempt to move the country back to a less tolerant time, the harder time they’ll have justifying abandoning their sense of fairness for a few more bucks in their 401Ks.