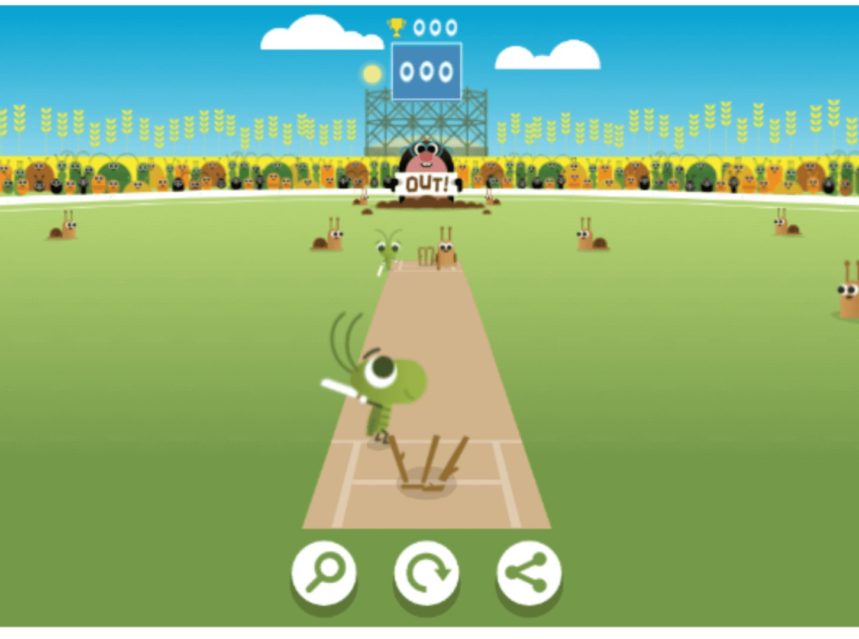 The doodle doubles as a cricket-inspired video game with animated crickets playing against a team of snails. The game was first introduced last month to mark the men’s ICC Championships.

“We wanted to make sure our Doodle works for everyone, including those on slower mobile networks,” writes Google on its Google Doodle Blog, “We kept the file size fly-sized, and the result is our smallest interactive Doodle ever — even snail networks can load it in seconds.”

Right now, the doodle is only being displayed in the US, according to Google’s “This Doodle’s Reach” map, even though the tournament is happening in England, and the eight teams to make the championships include England, Australia, India, South Africa, New Zealand, West Indies, Sri Lanka and Pakistan.

Google shared the following test animations created by its team of doodlers, which included engineers, an art designer, a sound designer and two production managers.

The Women’s Cricket World Cup games began on June 23 and will go through July 24.