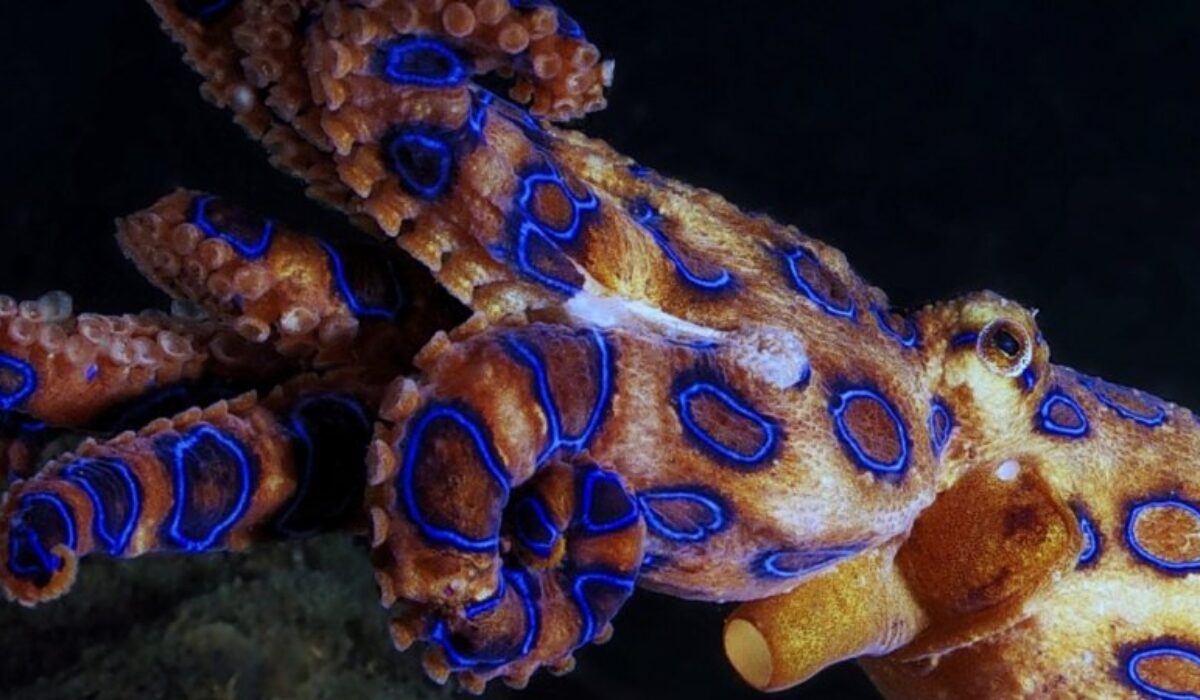 If you’ve ever read a science fiction novel or watched an episode of Star Trek, you’ve probably wondered: What would it really be like to meet a being from another planet face to face? You may think you can only answer this question through imagination, but it turns out scientists have discovered something fairly similar: the octopus.

This is not as ridiculous as it may sound. If a space alien landed on Earth, he, she, or it would be a) intelligent (or it wouldn’t have gotten here); and b) no genetic relation whatsoever to human beings. It turns out that octopuses fulfill both conditions. In fact, they’re the most intelligent creature with the least genetically in common with humans on the planet, according to Peter Godfrey-Smith, professor at City University of New York and the University of Sydney, and author of Other Minds: The Octopus, the Sea, and the Deep Origins of Consciousness.

“A real alien would be a sentient being with no common ancestry with us at all, arising completely independently,” he told Quartz. It would be great if we get to meet one someday, he added, but the chances don’t look that good. If we don’t, he said, “the octopus is our best approximation because there’s a historical connection but it was a long time ago.”

Make that a very long time. Our last common ancestor, according to Godfrey-Smith, was some sort of leech or flatworm, 600 million years ago. That’s more than twice as long ago as when dinosaurs first emerged. Since then, octopuses and humans have evolved along completely different paths, resulting in two completely different species that both have intelligence.

How intelligent are octopuses? Based on their number of neurons, they’re probably not as smart as a human, but they’re pretty damned smart. Octopuses in labs have shown they can open jars, even when two of them have to work together to do it. They’re known to recognize individual humans, even humans wearing identical uniforms. (That’s pretty smart. Ask yourself if you’d be able to pick an individual octopus you’d seen before out of a crowd.)

Octopuses will squirt water at a light that’s annoying them until the light short-circuits–one did it so many times that the frustrated aquarium released it back to the ocean. They’re known to play and decorate their homes. They’re uncannily good at finding what they want. Some marine biologists once left a lobster in one tank and an octopus in another tank across the room overnight, only to discover in the morning that the octopus had climbed out of its tank, crossed the lab, eaten the lobster, and returned to its tank again.

And what would you do if you were capture and held in a lab for study? You’d try to get away, right? Octopuses do that too, in fact they’re known to be extremely good at it. They’re always climbing out of tanks and trying to get away. In the most famous such escape, a popular octopus named Inky climbed out of his tank when the lid was left slightly askew, slithered across the floor, and slid down a 50-foot drainpipe into the Pacific Ocean and freedom.

But if octopuses have amazing intelligence, they’re just not anything like us, or any of the other intelligent mammals we’re familiar with. Begin with the fact that they can change colors at will, to blend in perfectly with their surroundings when they want camouflage, but also to express their feelings and perhaps their thoughts. One journalist reported interacting for a while with a female octopus in an aquarium, then turning around and finding her boyfriend in a neighboring tank, colored bright red and floating in front of him with a malevolent look.

As vertebrates, we live with a very specific skeletal structure, but octopuses and other cephalopods are invertebrates, able to change shape and squeeze through a hole only slightly larger than one of their eyes. We also have know exactly where our brains are and we assume that our brains do all of our thinking for us. Octopuses, on the other hand, have neurons throughout their arms, which means they have intelligence throughout their bodies. In fact, the majority of their neurons are in their arms, not in their brains. Fascinating experiments have shown that an octopus’s limbs can act both, as ours do, on instructions from their brains, or independently without any centralized input. Unlike humans, their entire bodies are intelligent, and there is no distinction between the parts of them that think and the parts of them that move. And if all that isn’t weird enough, they also have three hearts.

But if octopuses are completely different from us, they’re also as curious about us as we are about them, or maybe more so. When you meet one underwater, it will often unfurl one of its arms and explore your arm and your equipment, tasting and learning about you as it goes. Godfrey-Smith describes one dive where an octopus grabbed a fellow diver’s hand and led him across the sea floor like “a very small eight-legged child” until they arrived at the octopus’s den. Octopuses watch us and always seem to know when we’re watching them–even through a scuba mask–and when we’re not.

All this leaves us with a few questions. Should we be capturing these creatures and keeping them in tanks? And, most especially, should we be eating them for dinner, as is increasingly popular in the finest seafood restaurants? Some argue that perhaps we should not. You have to wonder–if we do meet creatures from another planet someday, will we eat them, too?

Here’s a video of an octopus leading a diver home to its den: