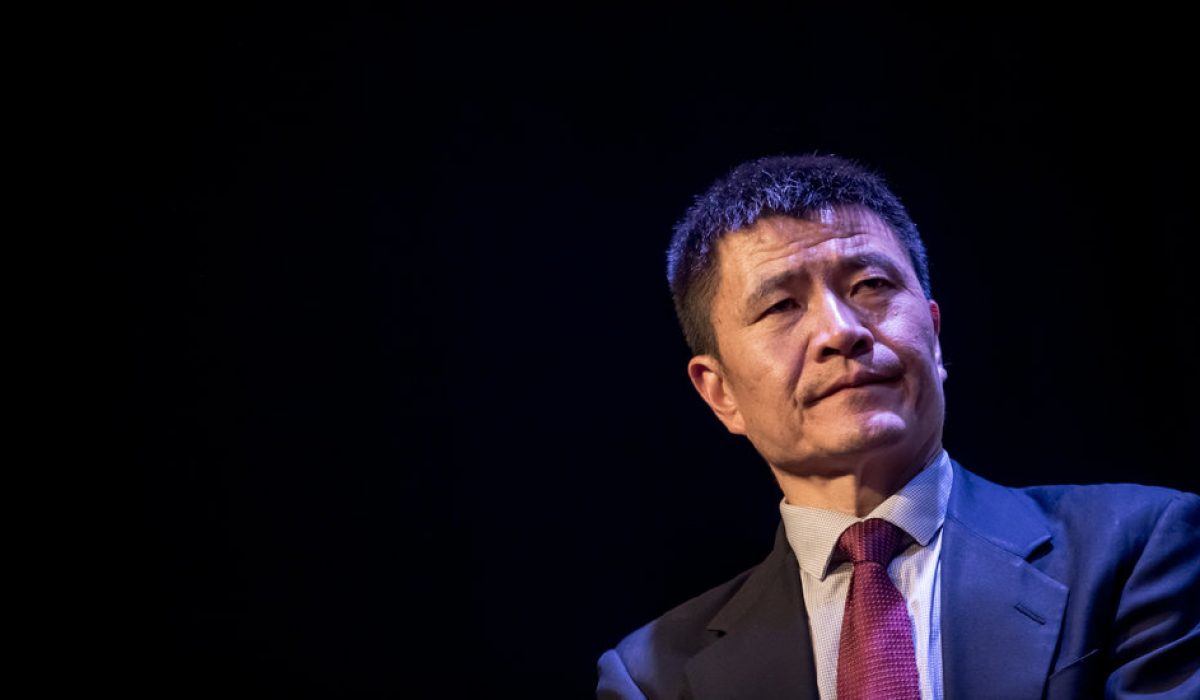 Zoom, the video-chat app that leapt to fame during the coronavirus outbreak, briefly blocked the account of a Chinese human-rights leader who used the platform to organize a commemoration of the 1989 Tiananmen Square crackdown between activists in the United States and China.

The nine-year-old San Jose, Calif., company restored the activist’s account on Wednesday. But the suspension put Zoom in a difficult place between the principles of free speech and the power of China’s huge censorship machine, which has increasingly sought ways to squelch discourse beyond the country’s borders.

In a statement on Wednesday, Zoom said it had been following local laws when it suspended the account of Zhou Fengsuo, a former leader of the students who participated in pro-democracy demonstrations in Beijing 31 years ago. Mr. Zhou now lives in the United States.

Suspensions similar to Mr. Zhou’s appeared to affect the accounts of a Hong Kong politician, Lee Cheuk Yan, and Wang Dan, a student leader during the Tiananmen protests.

Late Thursday, Zoom acknowledged that the Chinese government had contacted it about four meetings that would be hosted on the site to commemorate the Tiananmen Square crackdown. The government asked Zoom to terminate the sessions and the accounts hosting the calls, which it did in three of the cases, according to a company statement.

“We strive to limit actions taken to only those necessary to comply with local laws,” Zoom said. “Our response should not have impacted users outside of mainland China.”

The company added that it would build the ability to cut people from calls based on geography, meaning accounts in mainland China could be cut from calls hosted overseas without interrupting the calls.

Mr. Zhou held the commemoration, which included participants in the United States, China and Europe, on May 31 on Zoom. It included survivors of the violent crackdown as well as relatives of those who died.

In an interview, Mr. Zhou said he discovered that his account had been suspended on Sunday. “I was shocked and disappointed over what happened,” he said, adding, “We can’t stand that an American company put Chinese-style restrictions on users in the U.S.” The suspension was reported earlier by Axios.

Zoom’s revenue has surged as people stuck at home during the outbreak flock to its easy-to-use service. It says its service hosts 300 million meeting participants daily. But its size and its dependence on China could make it increasingly vulnerable to the Communist Party’s censorship apparatus.

China controls what its people see and read online in part through a system of filters, known as the Great Firewall, that has cleaved off its internet from the rest of the world’s. Foreign companies allowed to operate in China must abide by strict rules that dictate what can be said. They must provide data to an internet police force that patrols social media for loudmouths.

With online discourse at home effectively under control, China’s censors and propaganda organs have increasingly looked abroad. The authorities have started to punish Chinese people for what they say or do on online platforms that are blocked in China, like Twitter and WhatsApp. China has also unleashed government-sponsored campaigns on Facebook, Twitter and other platforms in an effort to shape the global narrative to be friendlier to Beijing.

Zoom’s Chinese-born founder and chief executive, Eric Yuan, is an American citizen. But many of its research and design personnel are in China, which it has said helps it keep costs low.

The company has already been targeted by China’s internet censors. In September, Zoom’s services in China were briefly suspended. Afterward, one of Zoom’s Chinese resellers posted instructions to show users how to use real-name registration for the service, a process that links Chinese internet users’ identity to an account via their phone number.

The reseller said the post was a response to a call from China’s Ministry of Public Security, which controls the country’s police, and was a practical way to meet the demands of the country’s cybersecurity law.

Zoom has also run into security concerns related to China. Citizen Lab, a Canadian research firm, reported in April that Zoom routed some encryption keys through China, among other security problems. Zoom said it would suspend engineering work on features for 90 days as it devoted resources to shoring up the security and privacy issues.

In a nod to China’s internet controls, the company took steps this year to cut back use by unregistered users in China. Beginning in May, Zoom said, unpaid users in China could join meetings but not host them. Users in China wishing to host a meeting must buy a license from the company, according to a statement posted on the site of the company’s Chinese reseller.

READ ALSO  What are the Extensions every Magento Website should have?

The policy left the door open for a paying user in the United States like Mr. Zhou to host a meeting that could be joined by a number of users within China. Activists often take advantage of censorship loopholes opened by new technologies. Mr. Zhou said he had advertised the event only two days before it occurred by distributing messages on WeChat and LinkedIn, which because it censors content is not blocked in China.

Mr. Zhou said about 250 people participated in the May 31 Zoom call, which commemorated the 31st anniversary of the crackdown. As many as half may have dialed in from China, he said.

One speaker on the call, Zhang Xianling, told how Chinese soldiers had prevented medical workers from helping her 19-year old son as he died of a gunshot wound after he had gone out to take photos of the protests. She called for China’s government to apologize and compensate victims’ relatives.

“Although the government has severely suppressed us, we are not afraid,” Ms. Zhang said. “We must persevere. All of our communication tools are monitored. When I went out by myself on sensitive days, policemen followed me.”

Zoom has few satisfying options when it comes to China, which boasts the world’s largest population of internet users. Cutting off access to unpaid China users would be likely to satisfy China’s regulators, but the service could become less popular in China, where it has a number of major corporate clients. Yet if the company cuts down on meetings linking U.S. accounts to China, it will fall further afoul of free-speech advocates, and potentially the U.S. government.

Mr. Zhou said Zoom had not told him why his account was blocked or what steps led to the decision. He said that the deeper problem was China’s censorship and that democracies should take sharp actions against Beijing for its tight control of the internet, potentially by blocking Chinese internet companies or cutting China off entirely from the global internet.

“The Great Firewall enslaves the Chinese people. It is the fatal flaw for an open and free internet,” he said.

“The best option is to tear down the Great Firewall.”