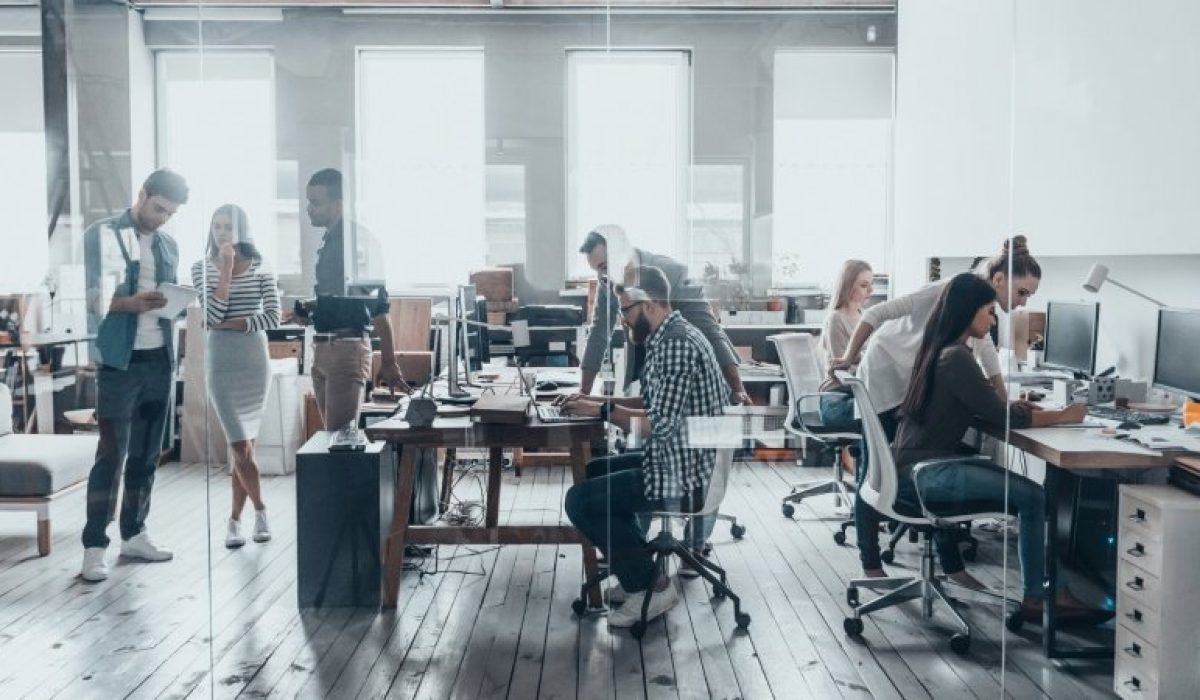 Open design offices were supposed to be near-magical places where collaboration happened in every corner, but that’s not really how it is.

These open office distractions seem to drive people off site, with workers in open offices only being there 64 percent of the time while people in closed offices tend to spend 75 percent of their time at work as opposed to working remotely.

If your employees are being distracted, it means they’re losing productivity. Here are four ways your open office might be causing loss of productivity and what you can do about it:

The biggest distraction, according to the Staples survey, is noise. Most people are able to visually ignore a bunch of other people sitting and staring at computers, but it’s more difficult to block out sound.

What you can do: Provide employees with noise canceling headphones to use. Have white noise pumped into the space to help cover up distracting noises. Set up specific “quiet zones” where people can go to work in peace or “noise zones” where it’s understood people can talk and make noise without disturbing others.

One of the biggest selling points of open concept offices is the ability for people to have “ad hoc” meetings (unplanned meetings between just a couple of people for a highly specific purpose). While it may be easier for people to reach out to one another, that is the proverbial double edged sword. If someone is working on something that isn’t particularly exciting, initiating an ad hoc meeting is tempting, especially when you don’t have to get up and go to someone else’s cubicle or office.

That’s not to say ad hoc meetings are bad, but too many of them can be if they start to disrupt people’s productivity. This can start to happen especially if people feel like they’re being encouraged to have these types of unplanned meetings due to the open concept of the office.

What you can do: Make sure you are having regular meetings and that everyone gets a chance to speak in them. Have some time at the end of your regular meetings for an “open floor” if anyone wants to discuss anything. And give some time after that for any smaller groups that want to have a meeting that only pertains to them.

This will give people a chance to have meetings with each other on a more regular basis and allow them to plan to bring things up with their colleagues and cut down on potentially distracting unplanned meetings.

If employees who require a great deal of concentration for their work are in high traffic areas, that may be throwing them off. Or perhaps you have those people sitting near a group who are required to have frequent phone conversations.

What you can do: Take another look at your office layout — and bring in some fresh eyes to look at it, too — and see if you can improve it. Are people who frequently use the copier positioned near it? Are departments that frequently need to collaborate located near each other?

Also, don’t be afraid of partitions. Most people think “open” means not having any partitions at all, but that’s not true. You don’t have create individual boxes with them, but if a department requires a lot of concentration for work, perhaps the employees wouldn’t mind a bit of a wall between them and the rest of the office.

Staples’ survey showed that having to work with someone who is obviously upset is a common distraction for employees. Regardless of whether emotions are running high because of conflict within the office or if someone is having issues outside of work, it can be a hindrance to others’ productivity.

What you can do: Be cognizant of workplace relationships. If two or more people are having personal issues with each other, try to work with them to get through those issues. If it’s bad enough, you could try physically separating them so they’re not working near each other. But, beware; you don’t want to set a precedent where you accommodate everyone’s personal wishes in terms of location in the office.

You might also consider offering some mental therapy in your medical benefits package that employees could take advantage of.

I don’t want to make it seem like I’m anti-open office concept. They have many advantages. Just be aware that like anything, open offices do come with their downsides that may need addressing. Your goal is to be as productive as possible as a business. If your beloved open office is hindering productivity, take the necessary steps to change that.