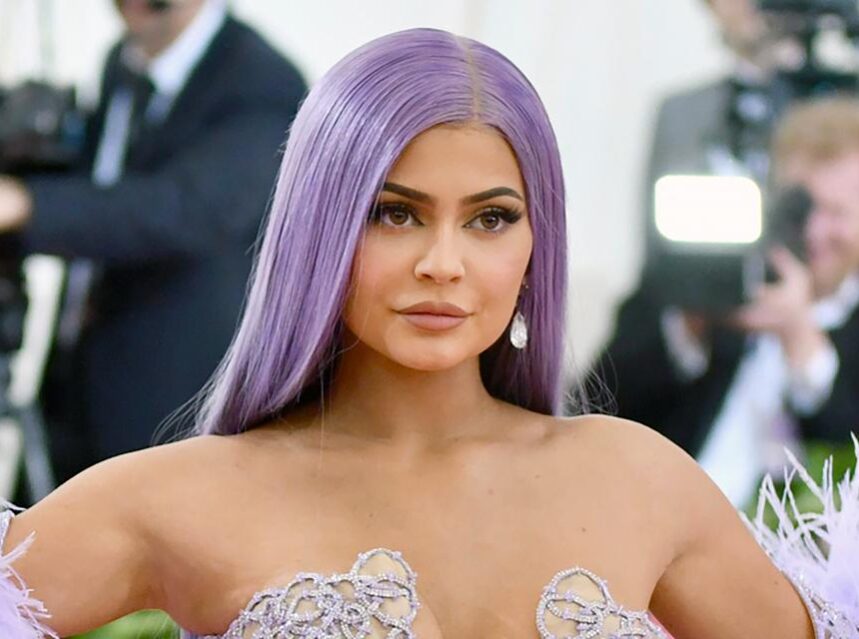 CoverGirl parent Coty wants to be tight with Gen Z shoppers. Its answer to that: a $600 million deal for a 51% stake in a “long-term strategic partnership” with reality star Kyle Jenner’s four-year-old beauty business.

Coty, which also makes products from Sally Hansen nail polish to Gucci fragrance, said Monday it expects the transaction to add to the sales growth of its core fragrance, cosmetics and skin care lines by more than 1% each year over the next three years. Kylie Cosmetics generated $177 million in sales the past 12 months, Coty said, adding it has plans to expand the makeup brand across skincare and fragrance categories and to international markets. Kylie Cosmetics, which started with a makeup kit for the lips, in May introduced its first skincare line.

Kylie Jenner “is going to set the foundation for a global beauty business,” said Coty’s chief financial officer Pierre-André Terisse on a conference call Monday. “She brings her incredible strong brand equity both as a person and as a brand with unparalleled social media reach among Gen Z consumers. This access to Gen Z is currently lacking in Coty’s portfolio.”

Jenner has over 270 million social media followers, three quarters of whom are between 18 and 34, according to Coty. Terisse said over half of her followers are based outside the U.S.

While expanding the brand to more categories and markets can expect to juice Coty’s declining sales in the short term, the bigger question is whether Coty has paid too much for a four-year-old brand where its staying power is still a question for many.

Online sales of Kylie Cosmetics have declined 62% through the end of May since its peak in 2016, including a 14% drop since last year, according to a Rakuten Intelligence study of U.S. online shoppers’ receipts over the past three years. Three fifths of its shoppers bought the brand only once, suggesting “the brand has not engendered consumer loyalty,” according to the study. The research also pointed to the decline in her cosmetics sales that have outpaced category averages.

That concern was evident on Coty’s call Monday.

“The bottom line for me is I don’t know why you feel the need to pay such a high multiple of sales for a brand that may well be a fad,” Deutsche Bank analyst Faiza Alwy asked, adding the new skincare line is also “unproven.”

Evercore ISI analyst Javier Escalante shared similar concern. “What is something that shows Kylie has staying power?” he said.

Terisse disagreed and said her brand’s sales have increased 40% since 2018. “What we are seeing is the opposite,” he said. “You can extend the brand and make it even more powerful.”

Half of Kyle Cosmetics’ sales come from its own ecommerce site and the other half via brick and mortar retail, Coty said. Beauty products chain Ulta last year struck a deal to carry Kylie Cosmetics lines in its stores.

Analysts are also concerned the investment comes at a time when there are signs that industrywide makeup sales are slowing. A CivicScience survey showed women, led by Gen Z, are wearing less makeup. The percentage of women ages 18-24 who wear makeup daily has declined to 38% from 50% in 2015 while the percentage of Gen Z women who never wear makeup has more than doubled over four years to 27% from 12%, its study shows.

“It feels like the (Kylie) makeup brand at least is not on trend with what we’re seeing with the makeup category at the moment,” Deutsche’s Alwy said on Coty’s call.

The move also comes on the heels of Coty’s July announcement that it was taking another $3 billion writedown of CoverGirl, Clairol and other assets that were primarily a result of its $12 billion purchase of  P&G’s beauty business in 2016. Coty has reported losses and declining sales as it admitted the merger integration had taken “longer and was more complex than originally envisioned.” Many of the acquired P&G beauty brands performed poorly since the merger, it has said.

“Despite anticipated near-term accretion, we are cautious on the (Kylie) acquisition, with the main challenge being Coty’s ability to sustainably grow Kylie,” said Stifel analyst Mark Astrachan in a report Monday afternoon. “Longer-term growth is likely tied to Kylie’s ability to maintain relevance as an influencer….$600 million is a lot of money, particularly for a 22-year old with increasing interests beyond beauty.”

Coty and Kylie will both have a lot to prove.

Related on Forbes: Fashion’s old guard is racing to figure out how to be cool enough for Gen Z

Related on Forbes: Nordstrom’s NYC flagship is finally opening, but times have changed