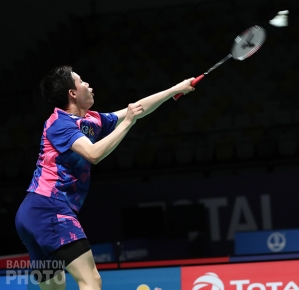 Last year, Seo Seung Jae (pictured) came to Taipei to play singles and lost his first match to Thai veteran Boonsak Ponsana.  His life as a singles player lasted right up until the Osaka International earlier this year but things were about to change in a big way for the 19-year-old lefthander.

About one month after his very short campaign in Osaka, Seo was featuring as a doubles player in a bi-nation challenge that the Koreans and Japanese were using as a warm-up for the Sudirman Cup.  After two huge wins that helped his team to the final in Gold Coast, where they finally won, Seo was paired with former world #1 Kim Ha Na to play mixed doubles abroad for the first time this year.

Chinese Taipei’s Wang Chi-Lin and Lee Chia Hsin had kept the upper hand over Korea’s top pair Choi/Chae in Saturday’s semi-final and they built up an edge late in their first game against their next Korean challengers in the final.  The Koreans erased that 14-17 deficit, however, as well as the Taiwan pair’s first game point and after winning the opener 22-20, the second game was all theirs.

Seo was the only first time Grand Prix Gold winner on the day and this marks the fourth time in 2017 that a mixed title at this level has gone to a first time winner.  No other discipline has had more than two maiden Grand Prix Gold titles this year.

The mixed doubles was also the first Grand Prix Gold title for Korea this year and the first major individual title for the badminton power since the All England.  The Koreans didn’t stop there, however, as Chae Yoo Jung and Kim So Yeong took the women’s doubles from their compatriots Kim/Yoo in straight games. 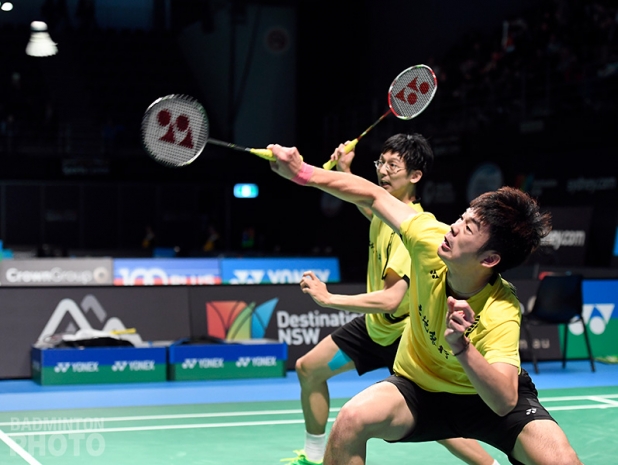 Wang Chi-Lin had been going for a doubles double on Sunday in Taipei.  After he came up short in the mixed, the focus was on men’s doubles, where he and partner Chen Hung Ling (pictured above) were looking to get to the top of the podium after being denied at home twice last year, both at this tournament and in the Chinese Taipei Masters Grand Prix event in the autumn.

This time, they had what it took.  After winning the opening game, they saved a game point at the end of the second to win in straight games over compatriots Lee Jhe-Huei / Lee Yang.  Lee/Lee won three titles in the second half of last year but are still looking for their first of 2017.

Two finalists were looking for career first Grand Prix Gold titles in the singles events but the wins went to experience both times.  In the men’s singles event, the familiarity was not limited to the fact that the top-seeded Chou Tien Chen (pictured) already had five such titles to his name.  It instead was even more pronounced as Chou’s last such win, in Germany, was also against his compatriot Wang Tzu Wei.

Wang did not crumble this time like he had in the German Open, where he followed an incredible win over Olympic gold medallist Chen Long by losing in straight games to Chou for the first time.  In Taipei, he took the first game and opened up a tantalizing 17-14 lead in the second before Chou reeled him in to take that one 21-19. 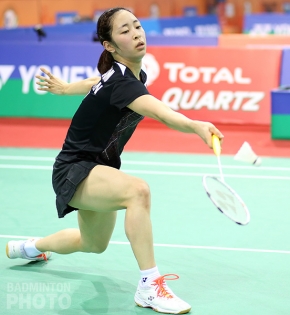 In the decider, Chou had a sizeable lead at the interval but it was far from comfortable.  Not only were both men visibly exhausted after the end change but Chou was made to sweat figuratively as well, when Wang whittled away the favourite’s lead to just a single point.  Chou kept it together, though, helped by some shaky judgment on the baseline by Wang, and the defending champion surged to another title by taking the last five points.

READ ALSO  How to Measure Social Selling to Improve ROI

For the second time this year, the possibility of having a 17-year-old Grand Prix Gold women’s singles champion was thwarted by experience.  In the case of Goh Jin Wei, she could not get the better of 19-year-old Saena Kawakami (pictured) of Japan, who took her first major title in nearly two years.

Most of the finalists will be taking a break from international competition for a few weeks but Kawakami and all of the Koreans will be crossing the Pacific later this month to take part in the Canada and U.S. Opens.