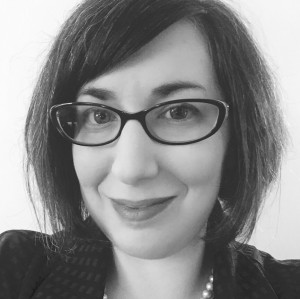 March 18, 2019 – The House Energy & Commerce Committee (E&C) has opened an inquiry into short-term limited duration insurance (STLDI) plans and companies that may be acting against consumer interests by selling these health coverage options.

The Democrat-led committee, which takes the harder line by labeling STLDI plan as “junk insurance,” is concerned that short-term insurance vendors may be returning to the pre-ACA practices of misleading consumers, denying coverage to individuals with pre-existing conditions, failing to cover basic services, and refusing to pay large sums in medical claims.

“The Committee on Energy and Commerce is conducting oversight of STLDI and companies that sell STLDI plans,” stated Chairman Frank Pallone Jr. (D-NJ) and other members of the E&C Committee.

“The Committee’s initial examination of these plans has yielded disturbing information about how insurance companies that sell STLDI discriminate against individuals with pre-existing conditions and put consumers at significant financial risk.”

In letters sent to a number of major insurance firms, lawmakers cited several reports of STLDI companies using demographic information to vary premium rates or deny coverage, as well as companies that are using suspect methodologies that leave plan members with enormous bills.

In one example, an individual with cancer was left with $800,000 in debt for his treatment after a STLDI plan denied coverage for cancer care.  The individual was diagnosed with the cancer after purchasing his insurance plan, yet the payer stated that the disease was a pre-existing condition.

The Committee also notes that several recent studies of the short-term limited duration insurance market have found that payers are not always as clear as possible about what these plans cover and whether or not the plans are compliant with the Affordable Care Act.

STLDI plans are not required to offer the ACA’s essential health benefits and are allowed to circumvent certain other provisions of the landmark law.

Pallone and his colleagues cited a study from the Georgetown University Health Policy Institute that found dubious marketing practices among brokers of STLDI options.

Consumers are being steered towards STLDI plans under the pretense that these plans are equivalent to ACA compliant options, the researchers said.

“We are troubled that consumers who sign up for these plans are being misled about the nature of the coverage they are purchasing,” said the Committee.  “Consumers are being denied coverage even for medical care that is rightfully covered under the terms of their contract, through a process known as post claims underwriting.  As such, we request further information about the plans your company is offering and about these industry practices.”

The E&C Committee is requesting a number of documents from insurers selling STLDI plans, including plan applications, underwriting documents, and health questionnaires that collect demographics and medical history data.

Insurers will also need to provide information on the percentage of applicants denied coverage, an explanation of marketing strategies and copies of marketing materials, and a breakdown of consumer complaints about STLDI issues.

While there is no denying that the investigation is rooted in partisan politics – the Trump Administration has used its regulatory authority to rapidly expand the availability and extend the duration of STLDI plans in an effort to undercut the ACA – the Committee may have valid concerns about the encroachment of STLDI plans in the insurance market.

READ ALSO  How To Seriously Increase Your Websites Serach Traffic

Consumers are turning to short-term plans in droves as an alternative to more costly ACA-compliant options, found a recent analysis by eHealth.com, a broker that is also on the list of companies receiving E&C attention.

The online poll found that consumers are not using short-term plans as a temporary bridge between ACA-compliant coverage – instead, they are planning to keep their STLDI plans for as long as possible.

Affordability is a primary concern for insurance shoppers, especially those approaching Medicare age.

While consumers believe they are making more or less informed choices about this coverage, they may not have access to all the information required to choose as wisely as possible, the E&C Committee believes.

With few regulations around the marketing of STLDI plans and major loopholes in coverage from brokers to exploit, consumers may not be adequately protected from improper business practices.

The Committee is simply seeking documentation and responses to its questions at this point.  No company is being accused of specific wrongdoing or being in violation of current law or regulation.