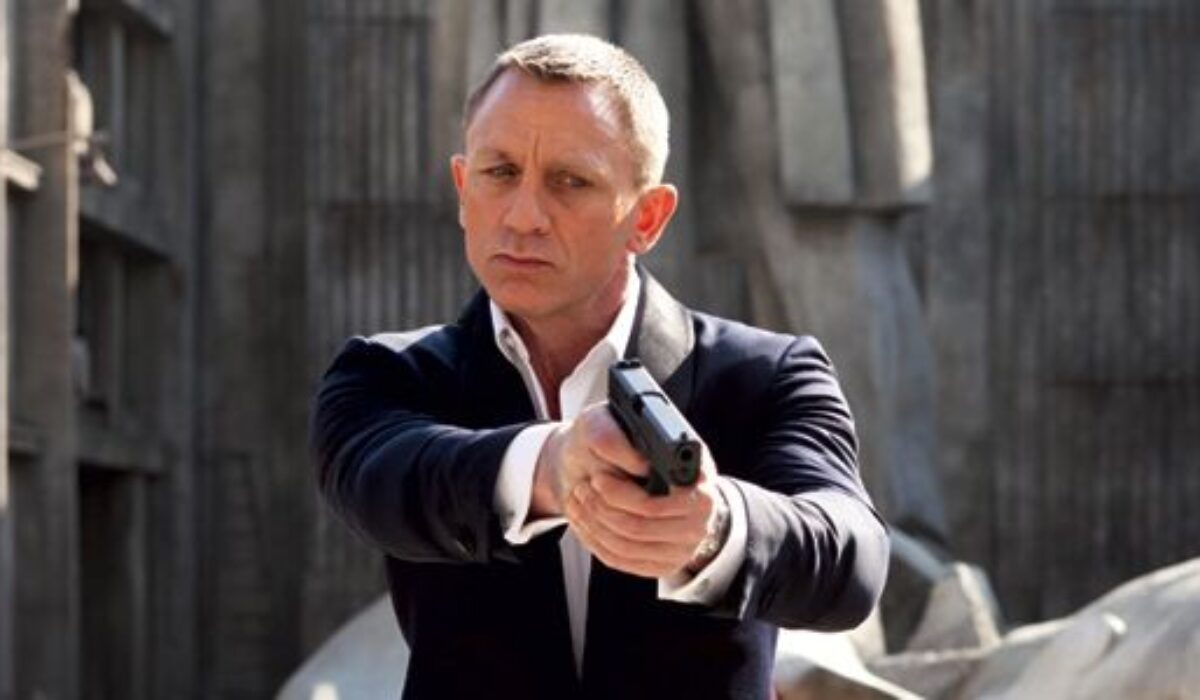 Daniel Craig is rumored to be playing the primary villain of the upcoming “X-Men” spin-off feature “Gambit.” Dark Horizons reported that the current James Bond star is joining Channing Tatum’s “Gambit” in the role of Nathaniel Essex, A.K.A. Mr. Sinister, as the primary villain.

They say “conversations” are underway about bringing Craig onboard to play Sinister in “Gambit” before reprising the role for other future X-Men movies. Of course, a lot of this will depend upon Craig’s schedule – especially with his fifth and final Bond film on the way.

Fox first teased the introduction of Nathaniel Essex aka Mister Sinister in the post-credit scene for X-Men: Apocalypse. Should these rumors about Gambit‘s plot and casting picks prove accurate, then the X-Men movies may finally be ready to bring one of the original comics’ biggest and most powerful villains ever to the big screen.

Here are some reactions to the rumor of the casting on social media.

If Steven Soderbergh does GAMBIT w/ Channing Tatum and Daniel Craig as Mister Sinister they should stop making movies.

Remind me why you’re not excited for GAMBIT?

Hope Daniel Craig being in Gambit is true, but I moreso want him to be Doom for the Doom film coming out

In “Gambit,” Tatum will play the titular New Orleans mutant Remy LeBeau opposite Lea Seydoux as Assassins Guild leader Bella Donna Boudreaux who is also Remy’s first love. Originally slated for an October release, no new date has yet been set. Gambit is a fictional superhero appearing in American comic books published by Marvel Comics, commonly in association with the X-Men. The character was created by writer Chris Claremont and artist Jim Lee.

Tatum went on to say that the Gambit movie could really benefit from the current “rebirth” that’s happening in the X-universe, with Deadpool building his own cinematic mythology, and the X-Men finding their way in the world without Wolverine. Next year alone, FOX will unveil the New Mutants, while X-Men: Dark Phoenix will sandwich Deadpool 2.

Gambit has the mutant ability to tap into the potential energy contained within an object and transform it into kinetic energy upon touching it. When Gambit thus charges an object and throws it at a target, the object releases this energy explosively on impact. Gambit also possesses a hypnotic charm that allows him to exert a subtle influence over any sentient mind. This power allows Gambit to compel others to believe what he says and agree with anything he suggests, according to Marvel.

While Craig has voiced his frustrations with franchises in the past when discussing a possible return as James Bond, this would be a different direction for him to take his post-007 career in. He also starred opposite Tatum in Logan Lucky earlier this year, where both men appeared to have a great time together. If they did, having the opportunity to work with Tatum once again could be just another reason for Craig to be interested in said Gambit role.

What do you think of the chance that Craig is playing Mr. Sinister in Gambit? Do you like seeing him as the X-Men villain? Let us know in the comments section.