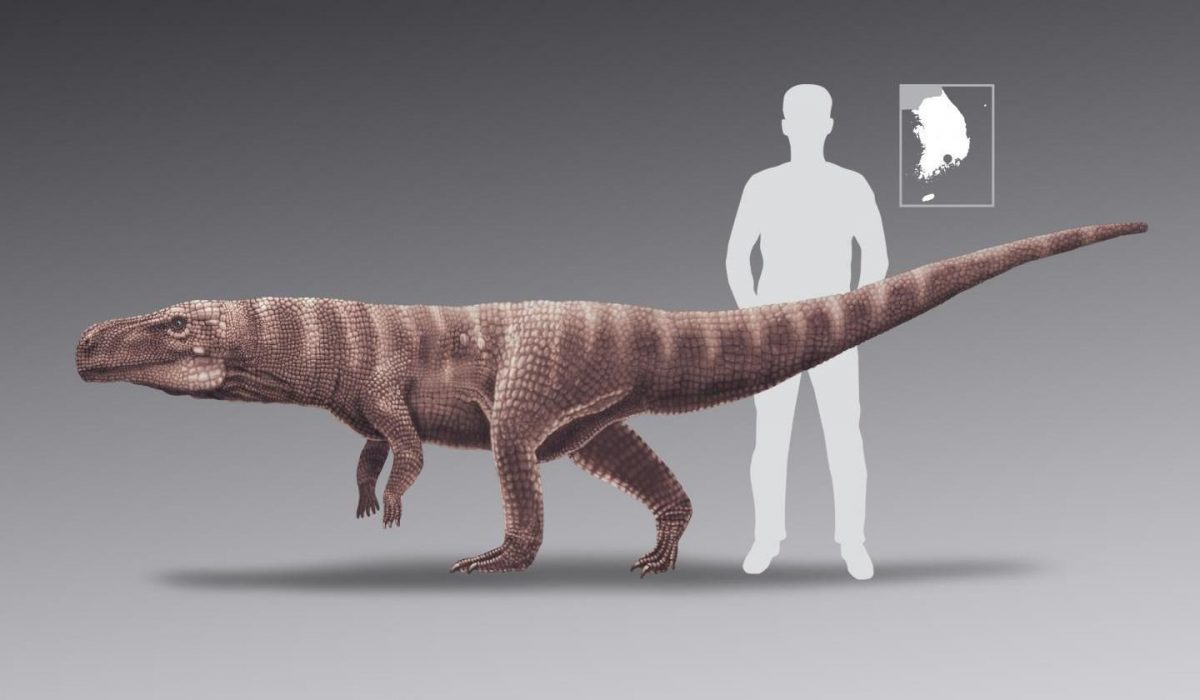 We’re all pretty familiar with modern crocodiles and their low-to-the-ground, four-legged stance. A set of mysterious fossilized footprints discovered in South Korea may rewrite what we know about the locomotion of some ancient cretaceous crocodiles.

An international team led by Kyung Soo Kim from Chinju National University of Education puzzled over the footprints, which appeared at first to be made by a pterosaur, a flying dinosaur that may have moved as a bipedal on land.

A closer inspection showed the 110-million-year-old footprints matched crocodiles instead. University of Queensland paleontologist Anthony Romilio described the preservation of the trackway as “spectacular,” saying “they even have the fine details of the toe-pads and scales on their soles preserved.”

“Typical crocodiles walk in a squat stance and create trackways that are wide,” Kim said in a release from the University of Queensland on Thursday. “Oddly, our trackways are very narrow looking — more like a crocodile balancing on a tightrope.”

It’s what was missing from the trackway that was so strange. There were no handprints or signs of tails dragging on the ground. The scientists looked closely to make sure the footprints hadn’t just obscured possible handprints.

The researchers ruled out the pterosaur or bipedal dinosaur idea based on an analysis of the impressions. “Dinosaurs and their bird descendants walk on their toes. Crocodiles walk on the flat of their feet leaving clear heel impressions, like humans do,” Kim said.

The prints also suggest the crocodile ancestors were quite large, reaching a length of 10 feet (3 meters). That helped earn the tracks the name of “Batrachopus grandis.”

The researchers published their findings in the journal Scientific Reports on Thursday. “Nobody expected such large bipedal crocs,” said University of Colorado Denver paleontologist Martin Lockley, a co-author of the study.

The ancient discovery lends a new meaning to the phrase “after a while, crocodile.”

A spider’s erection, and other cool things trapped in amber