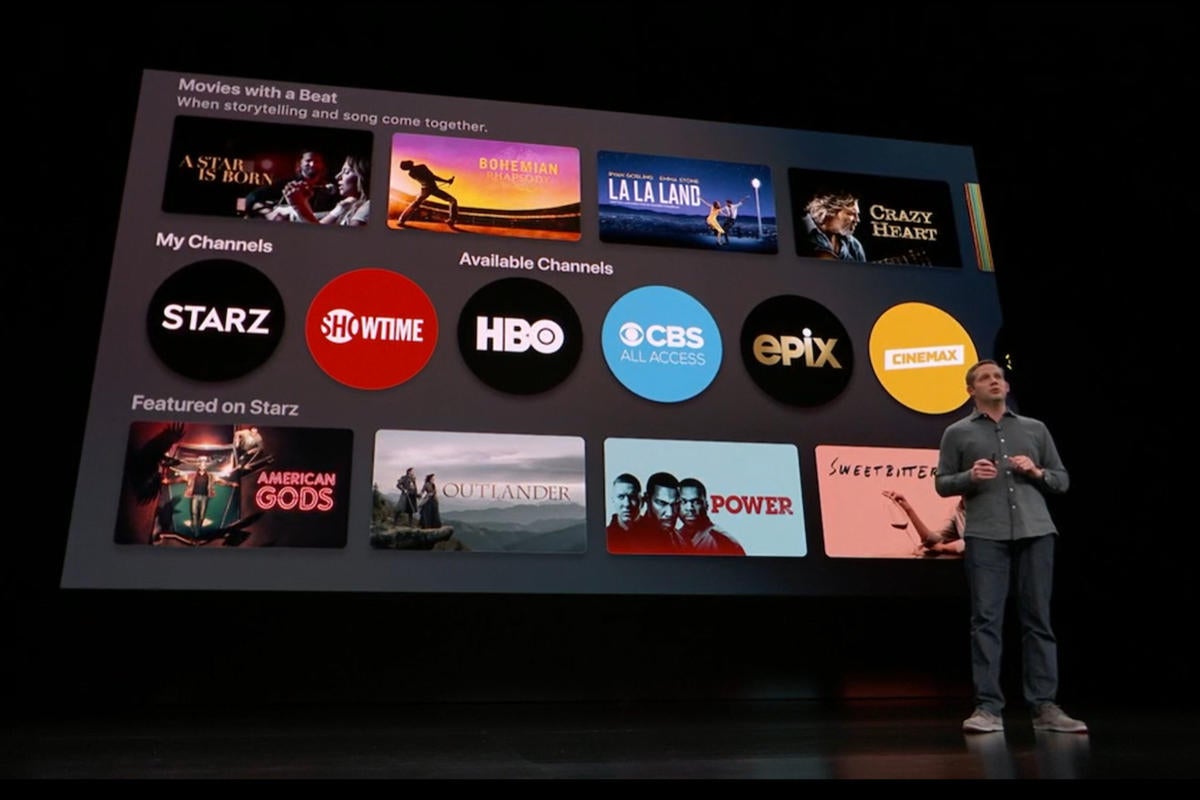 Apple’s newly redesigned TV app, coming in iOS 12.3, isn’t exactly packed with new features. The layout has changed a little, but it’s really the same TV app we’ve had on our iPhones and Apple TV boxes for a couple years now.

The new app is all about access, not features. It’s going to appear on smart TVs, Roku, and Fire TV. It’ll even come to the Mac this fall.

What Apple TV Channels will cost you

Apple TV Channels are purchased from right within the TV app, and you’ll browse and play content there, too. You don’t have to install any other apps at all, or visit a website to sign up. All purchases are processed and billed through your Apple account.

Every Apple TV Channel has a one-week trial period, after which you’ll be billed monthly. There are currently no yearly subscription options, and you can cancel at any time without penalty.

Here’s a list of all the current Apple TV Channels, with prices for those we know, compared to the monthly and yearly prices if you were to download the service’s app on iOS or Apple TV and subscribe.

We will continue to update this table as more Apple TV Channels become available.

Channels are priced like apps, but not as flexible

For now, it appears as if the price of a monthly subscription to any Apple TV Channel in the TV app is identical to the cost of a monthly subscription in that service’s native app. One exception is Urban Movie Channel, which is currently $2 cheaper per month in the TV app. If you subscribe to UMC on the web (you can then log in to the app), the price is lower: $4.99 per month, matching the TV app Channel, or $49.99 per year.

This is ultimately not a very good deal. Paying for an over-the-top streaming service right within the TV app is convenient, but it’s inflexible. Remember, you’re not buying an actual HBO Now or Starz subscription, you’re buying a subscription to that Apple TV Channel. If you download the HBO Now or Starz app on another platform, or head to their websites, you will not be able to log in and watch. Buying a Channels subscription locks you into the TV app.

Apple is expanding the reach of the TV app to more devices, but you still need to use it, and only it, to watch your shows from the Channels you subscribe to.

You’re better off with native apps, for now

Until we see more interesting pricing on Channels, you’re better off using regular apps. Nearly every service with a Channel also supports the TV app with its native app. So if you use the HBO Now app to subscribe to HBO, for example, you will see HBO shows in the the Up Next section of the TV app and in your recommendations. And while you won’t stream those shows from directly within the TV app, playing an episode in the TV app will automatically pop over to the HBO Now app for playback.

And of course, if you subscribe from within the native app as an in-app purchase, you’ll still have all your billing handled by Apple, if that’s something you care about.

Most importantly, most of these services offer yearly subscriptions in their native apps or on their websites, saving you 20 percent or more over the monthly rate. The Apple TV Channels subscriptions are only month-to-month.

There are a few announced Channels that have no native app equivalents. Cinemax, for example, only has a Max Go app that allows you to log in with your TV provider credentials, if you subscribe to Cinemax through it, like HBO Go compared to HBO Now. Comedy Central and MTV Hits are similar. Nick Hits and PBS Living do not have native apps at all.

Apple could work with its Channels partners to allow you to log in with your Apple ID in order to use their services on the web, in native apps, or on other platforms. And it could offer yearly subscriptions at a discounted rate, or bundles of services. Until it does these things, or something else to really set Channels apart, you’re better off subscribing on the web or through native apps.