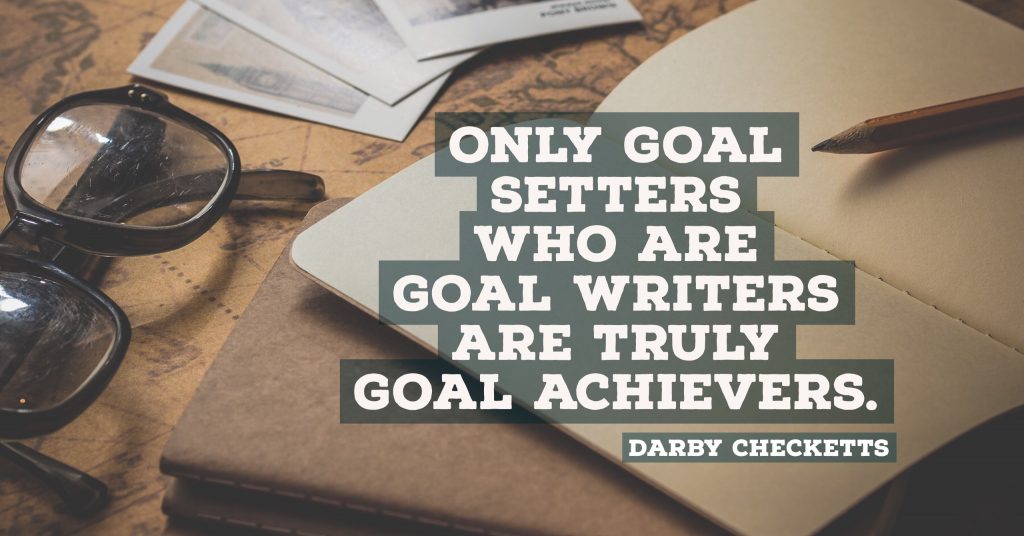 “Only goal setters who are goal writers are truly goal achievers.” – Darby Checketts’ Leverage: How to Create Your Own “Tipping Points” in Business And in Life (aff).

This post was originally published 11 years ago (almost to the day) after I had a conversation with a good friend. After I posted it (with his permission) I promptly forgot about it until a few days ago.

Earlier this week I was speaking with the same friend – someone who since that time has gone on to become very successful with his career (offline).

I was reflecting back to him that I was amazed how well he’d done and asked him what his secret was.

He reminded me of this blog post and told me that the secret was to get serious about identifying goals and writing them down.

After I published the post and shot a link to it to my friend he decided to take action and set aside half a day to think about and to write down his goals.

He decided to buy himself a dedicated ‘goals diary’ in which he would record the goals he set – so that he would be able to keep track of what he decided to do.

I asked my friend what he’d add to the original post above and he mentioned one thing that he thinks the post was missing – he called it ‘hint #2’.

Hint #2 was to go beyond writing down the goals but also to write down action items that would move you toward the goals. To quote my friend:

“Having your goals written down is so important – but more important is knowing what you need to do to achieve them.”

“A goal without a plan is just a wish.” ― Antoine de Saint-Exupéry 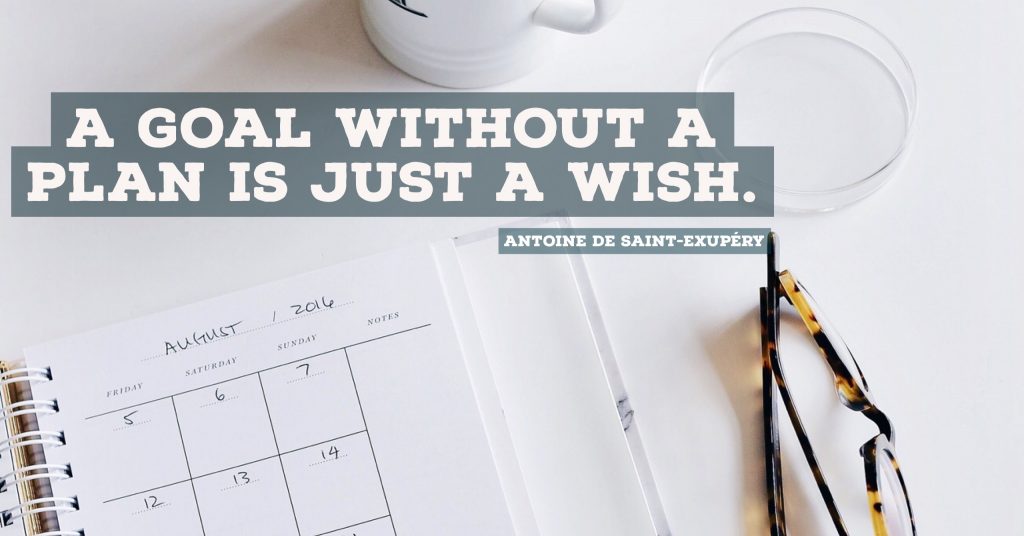 So each time my friend sits down to identify and write down his goals he now also starts mapping out the a plan of what he needs to do in the short and medium term to make those goals a reality.

In practical terms this means he’s plugging such action items into a to-do list on his phone and assigning deadline dates of when things need to be done which then also come up in his calendar.

So every day when he sits down to work he’s got things to do already in front of him that he’s 100% satisfied will take him towards his goals.

I love this and hope it helps you make your goals a reality too!