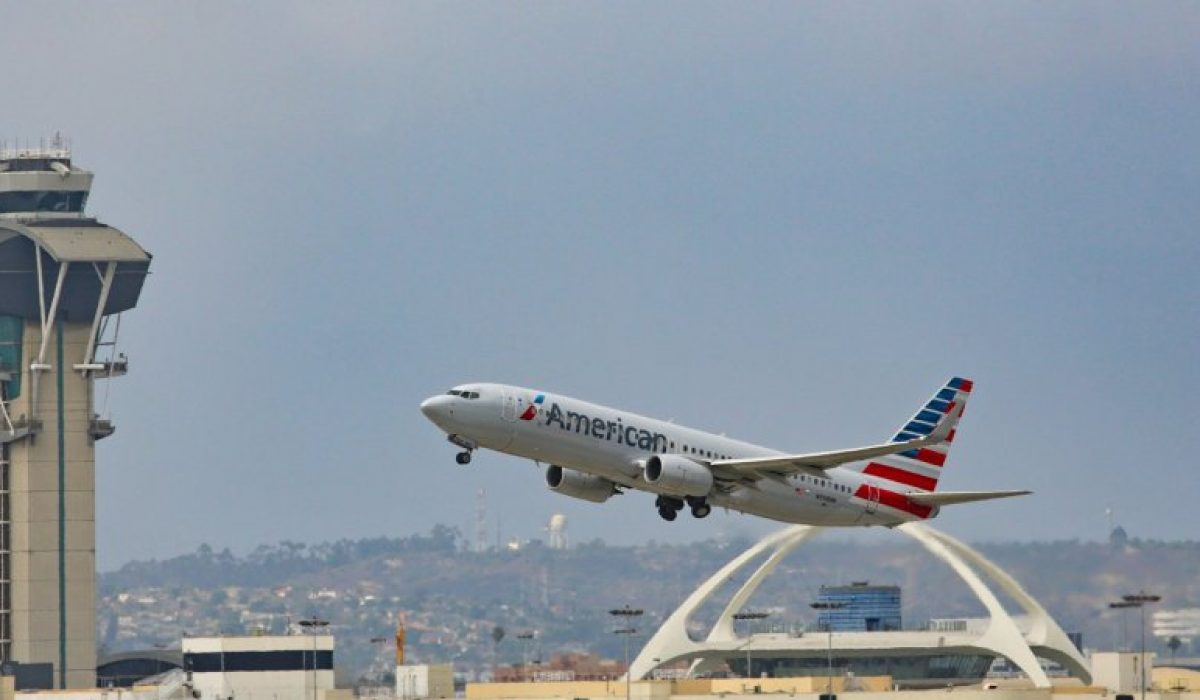 Or should that be: All airlines aren’t bad?

It’s hard to decide in the U.S., where too much airline travel has become akin to severe ingrowing toenail surgery.

Performed by a car mechanic with a screwdriver.

I am, therefore, writing with only one hand — I’m doffing my cap with the other — to celebrate a kindly, almost otherworldly, gesture by American Airlines.

For too long, the airline has been known to enjoy taking things away from passengers.

No, not just their dignity. But traditional things like seatback screens.

The motivation, of course, is always lucre.

Nickel-and-diming isn’t, though, the sole road to revenue. Even if so many airlines believe it is.

Sometimes it’s the little gestures, the caring touches that can make the difference between acceptance and actual affection.

Which is why American Airlines must be offered hosannas for something it’s bringing to its new Chicago O’Hare to New York La Guardia shuttle service.

As the Chicago Tribune reports, the airline will have 15 flights every weekday, leaving on the half-hour.

The shuttle will have its own gates. It will have (allegedly) speedier check-in procedures.

But here’s the gift from on high: These flights will have free wine and beer.

Yes, even in Economy Class.

I know, it’s a little thing. Tiny, even.

It’s surely, though, exactly the sort of little thing to pleasantly surprise those flying on urgent business between the most downtrodden, ill-smelling, disorganized heap of an airport and, oh, God no, O’Hare.

READ ALSO  Avoiding Age Bias in the Workplace: How to Take Care of Your Older Workers

For so long, passengers in Economy Class have become used to paying for seemingly everything. And certainly for an alcoholic drink.

This, then, will surely lift a spirit or two.

My colleague Justin Bariso describes emotional intelligence as “the capacity to identify emotions, to recognize their powerful effects, and to use that information to inform and guide behavior. It includes the ability to influence — to evoke strong emotions in others, with a view to persuading or motivating them.”

If American’s gesture isn’t a touching example of this, then I’m Stormy Daniels’ booking agent.

Of course the airline is currying favor on a busy route where it actually enjoys something akin to competition.

Of course it might well be pricing its shuttle, so that the vast cost of this alcohol is included.

Of course it already offers this sort of gesture on its other shuttles — for example, between Boston and New York.

Of course American is hyping the free beer and wine because it’s hoping that you’ll become committed to its offering. (Dear American, it would help if the wine is actually good.)

But for once, the airline seems to have stopped to think about the passenger experience and attempted to lighten its customers’ burdensome emotional load.

This constitutes a pleasant surprise and I’m not used to those from many U.S. airlines.

Now, American, about shoving far too many seats into your planes.