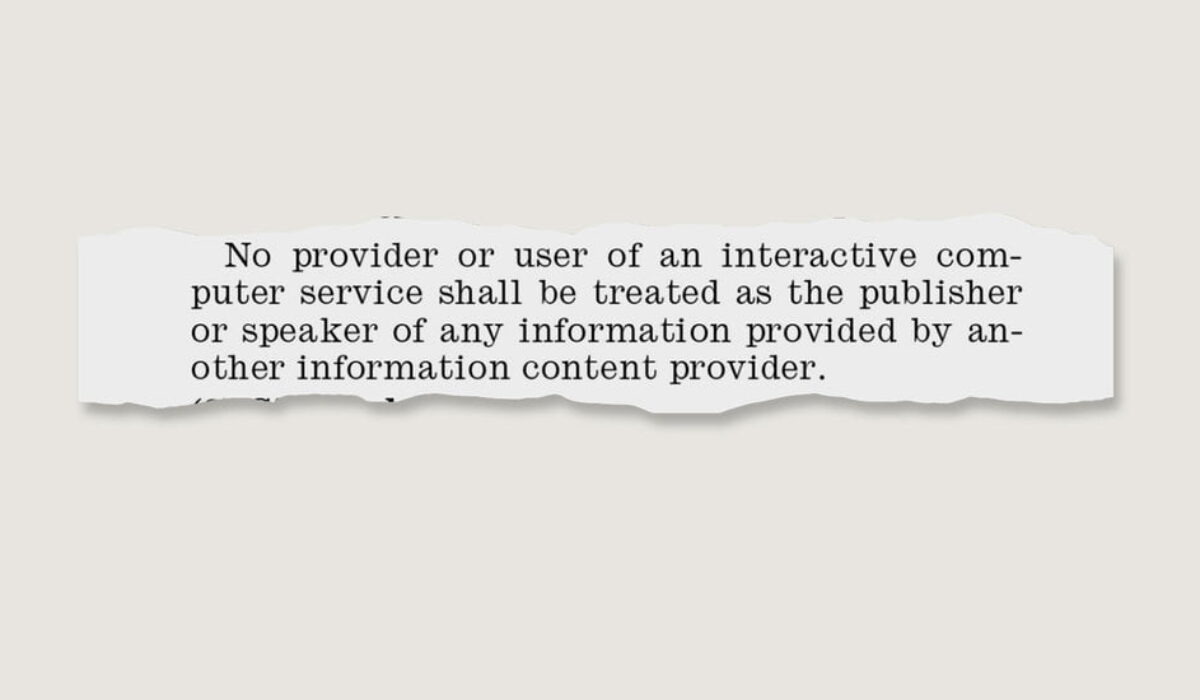 The Justice Department recommendation is part of a sweeping review of big tech announced last July by Attorney General William P. Barr. As part of that review, the agency is expected to bring an antitrust monopolization case against Google in the coming months.

The proposal is based on a 10-month investigation into online platforms and their record on monitoring and ridding sites of harmful content, including child exploitation and pornography. Earlier this year, Mr. Barr also instructed his staff to review Section 230, which was created to help encourage the growth of internet start-ups. In February, Mr. Barr held a daylong workshop focused on how to revise the law.

“A driving motivation behind our broader perspective, including Section 230, is the need for the department’s enforcement efforts to keep up with rapidly changing technological landscape around us,” Mr. Barr said at the February event. “No longer are tech companies the underdog upstarts; they have become titans of U.S. industry.”

The law generally shields websites from legal action for images, text and videos posted by users. The law also gives the website broad immunity for taking down that material.

The agency’s proposal, if passed by Congress, would open the door to civil lawsuits for posts with illegal and harmful content. It explicitly calls for an end to immunity on the most egregious content online, such as child exploitation and abuse, terrorist content and cyberstalking.

The agency’s proposal would also put greater scrutiny on the moderation of content, the focus of Mr. Trump’s complaints. He and other Republicans have accused Twitter, Google and Facebook of suppressing and removing the materials of conservative public figures and media outlets. The agency proposes to strike language in the law that allows platforms to take down a broad array of “otherwise objectionable” content.

READ ALSO  What3words Is A Clever Way Of Communicating Position Very Simply, But Do We Really Want To Create A Monopoly For Location Look-ups?

The Justice Department said in its recommendation that technology has become essential to society and that several online platforms have become the nation’s biggest and most valuable companies. It proposed reforms that would bar the biggest tech platforms from using Section 230 speech protections in its defense in antitrust cases.

Their use of sophisticated algorithms for targeting and connecting users and a broad interpretation of the law by courts have “reduced the incentives of online platforms to address illicit activity on their services and, at the same time, left them free to moderate lawful content without transparency or accountability,” the agency said in its report.