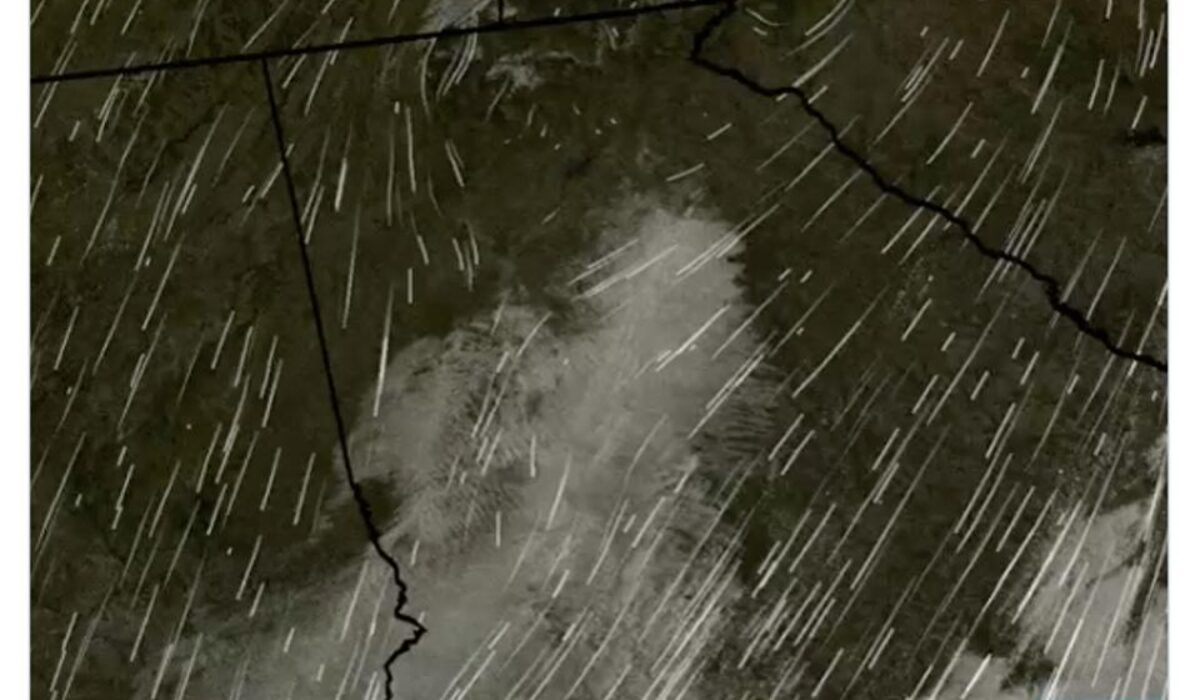 In a Forbes piece written earlier in the week, I posed a question about whether a persistent precipitation plume resolved in the models was a case of lake effect snow in Georgia. Many ingredients were in place to suggest the possibility and even the National Weather Service – Peachtree City noted the possibility in a Special Weather Statements.

Finally, there are a few weather model solutions that suggest some light snow is possible overnight in the Atlanta metro due to cold air rushing over the warmer Lake Lanier. There is low chance of this occurring and any accumulations if at all would be very light.

However, there is some “cloudiness” about whether this happened or not. For clarity, I offer a follow up discussion because real-time and post analysis can often shed light on these types of weather events.

Dylan Lusk, a meteorologist with the National Weather Service in Atlanta, emphatically responded to my previous article with the following Tweet from his personal account:

No, GA did not have a lake effect generated band early this morning. Low level topographical generated convergence did occur, but it was an upper tropospheric front that helped provide lift over the region. The cloud deck in place is far too expansive to come from the lake.

Many other people were skeptical as well. After all, it would be a very rare event for this region of the country and that always rightfully evokes skepticism. Even I was somewhat skeptical, which is why I wrote statements like, “While I cannot confirm at the time of writing that snow happened anywhere at the surface, this could have been a case of a lake effect snow-type event in Atlanta, Georgia (or at least some type of lake effect precipitation).” The word “could” rather than “was likely” in that statement was a nod to a bit of doubt. However, the article served a purpose. I was able to teach about lake effect snow events and provoke some interesting discussion that will likely continue concerning this event. And to be clear, there were plenty of people reading the same “tea leaves” initially mentioned by the National Weather Service in that Special Weather Statement above. For example, Chief Meteorologist Eric Snitil in Rochester, a place that knows a little bit about lake effect snow, tweeted the graphic below.

I have spent much of my career on researching land-atmosphere interactions. My research has centered on questions related to how urban environments can initiate convection or whether moisture-laden soils can maintain the intensity of inland tropical storms (the so-called “Brown Ocean” effect). These aren’t speculative whims or Twitter ideas. They have been published in the peer-reviewed literature, however, there are skeptics. That’s ok though, science gets better as we question and refine hypotheses and ideas.

The “Lake Lanier” snow effect hypothesis was immediately interesting to me. Further discussion with Dylan Rusk revealed some additional clues about the patch of precipitation on February 22nd. Lusk posited in a series of Tweets that topographic (related to physical features of the landscape) convergence left a decent pool of moisture in place. A subtle upper level front and something called a PV Streamer enabled enough rising motion for cloud development. PV (potential vorticity) streamers have been defined in the meteorological literature as “elongated filaments of high potential vorticity air.” By now, the average reader is saying, “Dr. Shepherd, that’s not helping me any.” This link is a good “101” on potential vorticity but you are going to need a meteorology degree or a high level understanding of the discipline to follow it. For now, your takeaway should be that PV streamer can be associated with or trigger ascent, a key ingredient for cloud-precipitation development.

Senior Weather Channel Meteorologist Stu Ostro also weighed in on Twitter. He said, “synoptic convergence analysis & broad cloud deck, and vis imagery clearly showed the origin of streamers at that time not being the lake, rather small-scale convergence and apparently topographic.” WSB Channel 2 meteorologist Brian Monahan also hinted at convergence boundaries as well. Rusk, like Ostro, also noted that the broad cloud deck was not consistent with the size of the lake. However, I have seen cases in which smaller lakes and segments of bays can induced lake-effect or lake-enhanced precipitation. Ironically, Accuweather tweeted an example of bay-effect snow around the same time the Atlanta event was happening.

WSB radio meteorologist Kirk Mellish noted that, “In Chicago we sometimes distinguish between lake effect and lake enhanced or enhancement of a larger synoptic system as opposed to pure LES off Lake Michigan.” Mellish’s point is well-taken. A National Weather Service website describes lake enhanced snow as “snowfall associated with a passing weather system being enhanced by the addition of moisture from the Great Lakes.” While the description focused on the Great Lakes region, this could be relevant to other regions too. In a 2000 NOAA report, Alexander Tardy discussed differences between lake effect and lake enhanced snow in the Champlain Valley. He suggested that smaller water bodies may provide a heat or moisture “boost” associated with lake enhanced events. A 1993 study examined the influence of Great Salt Lake on snowfall and a 1996 study explored how the Finger Lakes, relatively small water bodies, produce snow production. The recent Atlanta event may have been initiated by other processes but perhaps enhanced by Lake Lanier.

As a professor and scientist, it certainly stimulated my interest because there is very little scholarly research on minimum lake size required for lake effect or lake enhanced snow. There are “rules of thumb” but in the era of research weather modeling capabilities, more precise information can be attained. Hmmmm, this would be a great research project for one of our students at The University of Georgia. Stay tuned.