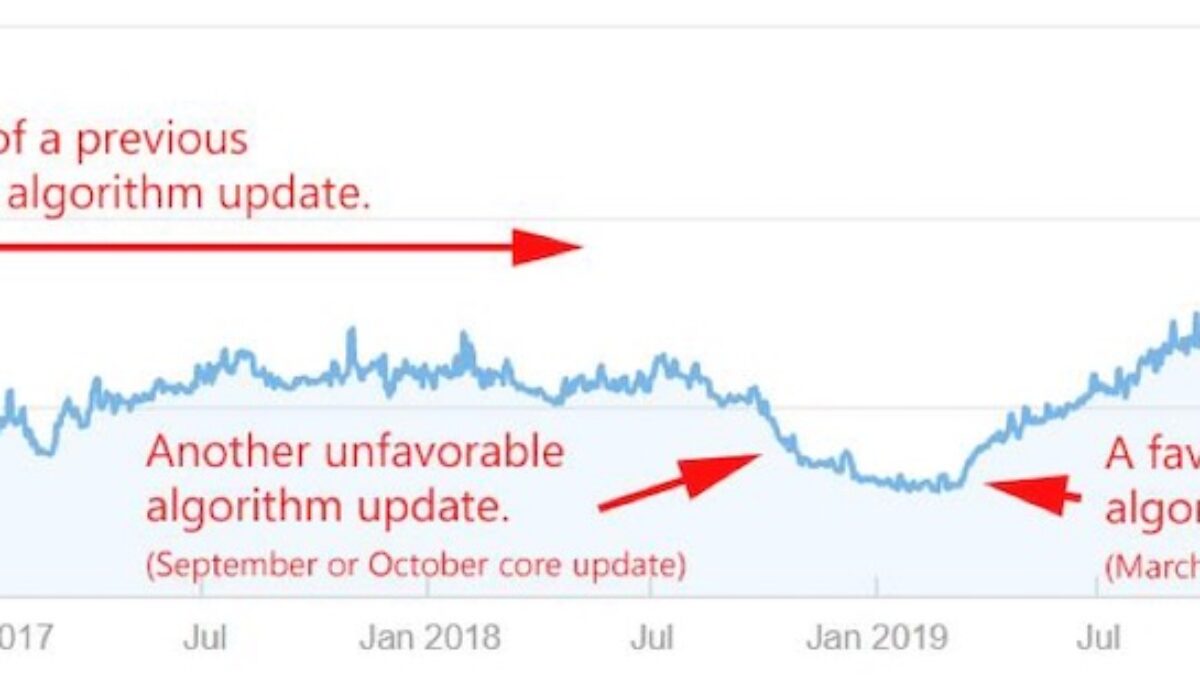 Search engine optimization is the process of optimizing web pages for ranking algorithms. But it is equally important to optimize pages for humans. Google’s algorithm attempts to emulate what humans see. Google wants to align the intent of a query with a relevant web page.

Google continually enhances its technology to improve search results. Search optimizers are therefore aiming at a moving target. Sometimes an algorithm update is your enemy. Sometimes it’s your hero, either by elevating your pages or demoting your competitors’.

Each day, Google usually releases one or more changes designed to improve our search results. Most aren’t noticeable but help us incrementally continue to improve.

Several times a year, we make significant, broad changes to our search algorithms and systems. We refer to these as “core updates.” They’re designed to ensure that, overall, we’re delivering on our mission to present relevant and authoritative content to searchers.

SEO campaigns require patience. They frequently fail. It’s not uncommon to put in hours of competitive research, writing, and audience study and see no substantial improvement in rankings. It can be frustrating and expensive.

I have been optimizing sites for over 20 years. Still, I sometimes fail to reach the improvements I expected. A strategy may look good on paper but not align with Google’s latest (and secret) algorithm.

Moreover, sometimes an algorithm is a total mystery. For example, several years ago an ecommerce client in the home decor space lost rankings and revenue due to an algorithm change. No matter what we did, we could not return the company to its previous organic-search success.

We improved all signals, from content to code to links. Nothing worked. Then, a year later, Google rolled out a “core update.” It (evidently) helped Google to understand the website. Now the site is again ranking for the high-value terms it deserves.

I try not to spend hours looking for clues about algorithm updates. But it’s my job to be aware of the updates that impact my clients. It’s typically easy to trace traffic fluctuations to an update if Google publicly acknowledges it.

Associating traffic fluctuations to an algorithm update is easier if Google publicly acknowledges it. In this example, Google announced a March 2019 “core update.” Traffic increases followed.

Take the home decor ecommerce site, for example. The company generates much of its revenue from organic search. Rankings suffered throughout 2017 and 2018, despite our substantial efforts. But then, in March 2019, Google announced a core update, which the industry nicknamed “Florida 2.”

According to Google’s Danny Sullivan (@searchliaison), this update benefited pages that were previously under-rewarded. Our client’s rankings were restored. Here’s a screenshot of his tweets.

Google’s Danny Sullivan (@searchliaison) explained the March 2019 core update in a tweet, stating that it benefits “pages that were previously under-rewarded…”

However, I’m careful not to react to every apparent change. Many are false alarms or unrelated to my clients, as changes are often targeted at a specific spammy tactic or a certain vertical.

I once worked on an ecommerce site in the automobile racing space. That site and most of its competitors were all demoted in Google rankings on a single day. However, there wasn’t any industry chatter about it (or an announcement from Google), as it was a relatively small niche. The greater SEO community didn’t notice.

I empathize with merchants who are frustrated by SEO. Many see it as a necessary evil. Businesses that rely on “free” organic traffic can feel beaten up.

I once worked with a company that relied heavily on SEO. It was accustomed to high rankings. When the site was hit negatively by an algorithm, the company lost so much revenue that it had to close several physical stores.

The first lesson here is to diversify traffic sources. The second lesson is to expect algorithm changes. Minimize potential damage by focusing on quality before the update. Grind it out every single day.