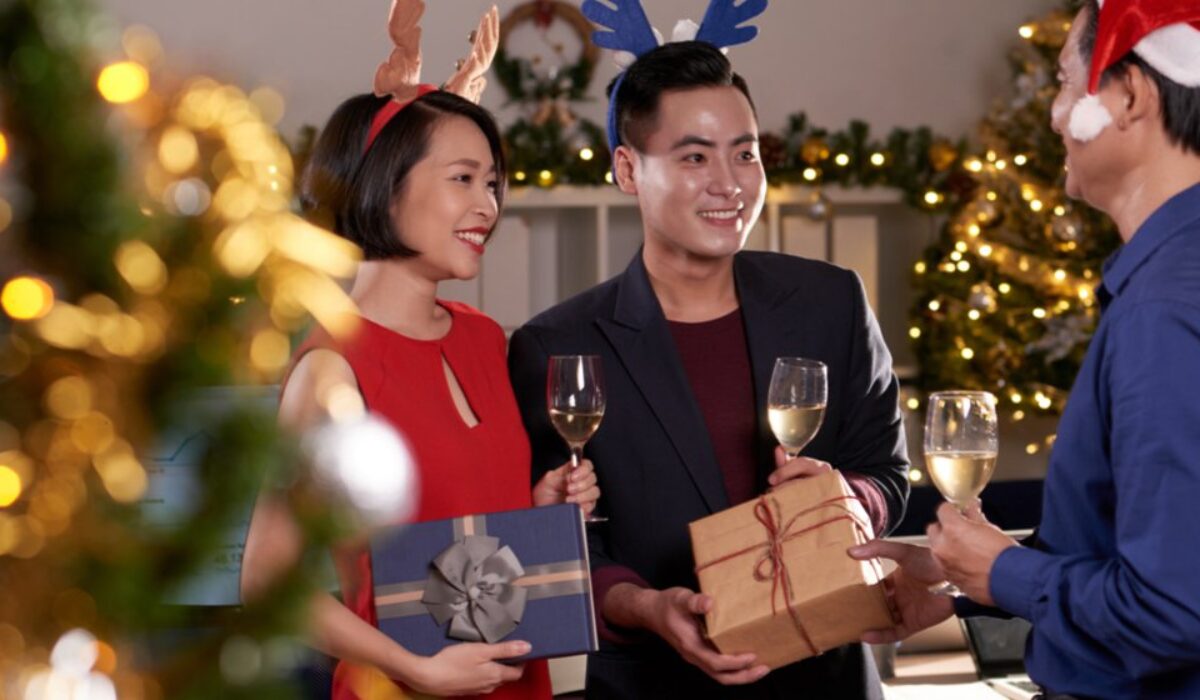 You can’t have a great party without an accompanying playlist. Putting one together is an art form in some circles.

And it’s likely you’ll be attending or hosting at least one holiday party in the coming weeks. Most employees are actually starting to feel something short of dread when it comes to going to these parties anymore. But how would they feel about a party set to just the right soundtrack?

That’s where a collaborative effort between LinkedIn and Spotify comes in.

“When it comes to holiday music in the workplace, the best way to avoid a clash with colleagues is to stick with the tried and true,” editorial marketing director Blair Decembrele writes on the LinkedIn blog.

They’ve got a Christmas music playlist they say will liven even the most awkward office party this season. It’s now ready to stream from your Bluetooth device to your office speakers right away.

Decembrele says the LinkedIn picks are the most popular Christmas songs currently included on office playlists available on Spotify.

This list of tunes may require editing based on your acceptable level of Bublé. Michael Bublé appears 7 times on a 20-track list.

The list also shows a shift in the traditional songs people are used to hearing this time of year. The standards may be on the list but they’re not by the original singers. But the list also features some contemporary favorites — at least songs that were popularized in the 1980s and 1990s.

READ ALSO  What’s Between Your Two Bookends? A Marketer’s Guide to Working With Science

Again, if you’re in a jam, the list is ready to play right away. You can also drag this into your Spotify player and tinker with some of the tracks to add your favorites. You can also poll your employees to find out their favorites to add to create and share your own office’s playlist.

1. All I Want for Christmas Is You (Mariah Carey)

3. It’s Beginning To Look A Lot Like Christmas (Michael Bublé)

4. It’s the Most Wonderful Time of the Year (Andy Williams)

8. Santa Claus Is Coming To Town (The Jackson 5)

20. All I Want For Christmas Is You (Michael Bublé)