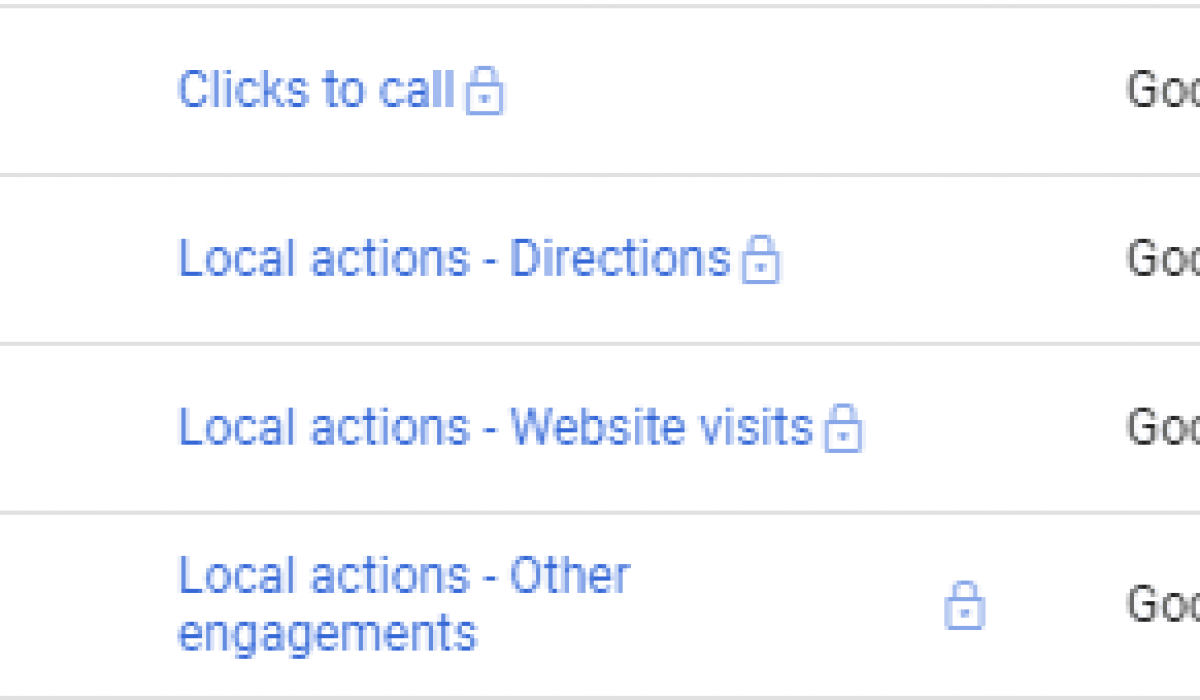 For those of you with brick and mortar stores (and using Google My Business listings), you may have recently noticed some additions in your conversion actions. Local conversion actions (below) count actions (such as directions clicks or click to calls) that are specific to an advertiser’s physical location either during or after interacting with their ad.

Below are the six local conversion actions Google has outlined:

Why are Local Conversion Actions Important?

Location extensions are powered by Google My Business (GMB) listings and advertisers using these extensions get opted into serving ads on Google products such as Google Maps. When a user searches using a “near me” or geo-modified search, Google Maps ads are typically shown. Given that they are generated from GMB listings, any click that happened on the listing itself (so after the initial ad click) were previously lost to Google Ads and attributed to the GMB listing itself (instead of the ad). This was causing major attribution issues, until now.

Although we still cannot track ad click > map ad website click > lead or purchase on a website, this is certainly a step in the right direction. These local conversion actions have been automatically added to your account for better measurement of interactions which were previously a blind spot.

Reporting Using the Per Store Report

Along with these new conversions, comes a new report that can give you deeper insights into the stores in which they can be attributed to. To find the Per Store Report:

For additional assistance in understanding Local Conversion Actions, contact the experts at MoreVisibility.