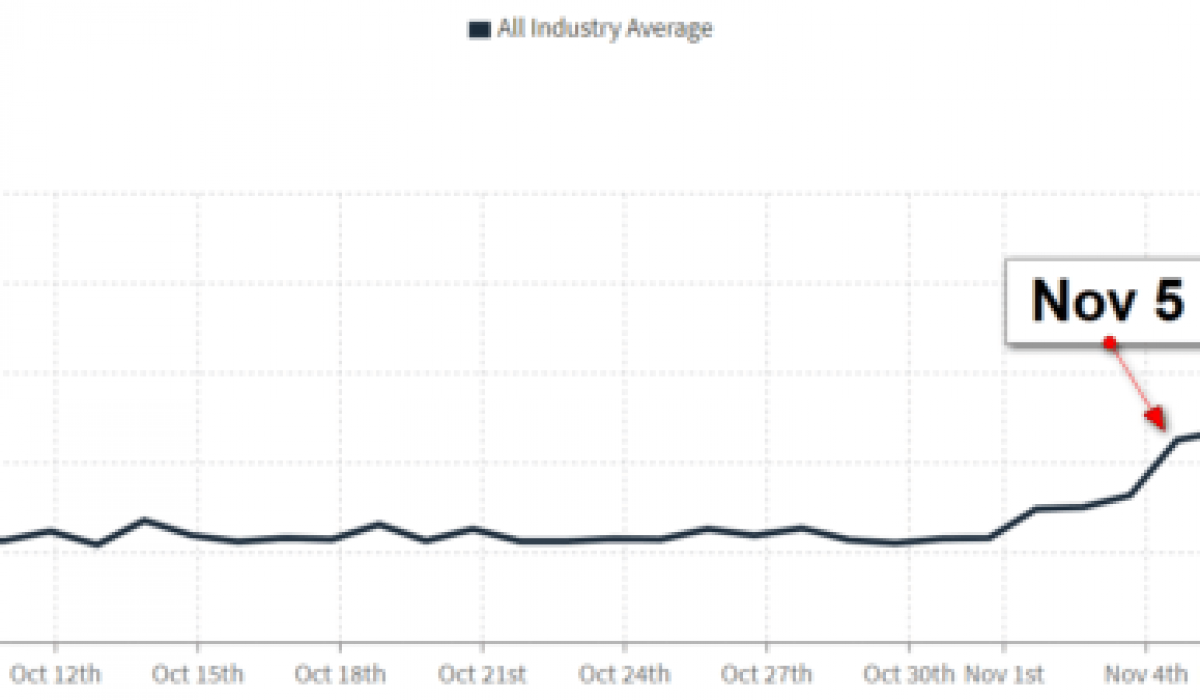 November has been a crazy month for the SEO industry. Although there have been a ton of changes on the organic side, I’m going to be focusing on the changes we’re seeing in the local results (Google Maps packs).

Starting on Nov. 5, we started seeing huge changes in the local results. A lot of these changes got updated further (many reversed) on Nov. 10. I named the update “Bedlam” based on the utter chaos I was seeing everywhere. However, last week the changes continued and we saw another big update on Nov. 13 that was mostly reversed a couple of days later.

BrightLocal’s Local Flux tracker is helping us keep track of the changes. If you work in Local SEO, I’d suggest keeping a close eye on it to make sure things actually settle down.

This update is about relevance

This update seems very different from the last major update we got in Local SEO. I haven’t seen this many drastic changes since Possum in 2016 which was a huge change to the way Google treated proximity.

For this update, the changes I’m noticing are mainly related to relevance.  Specifically, I’m noticing that Google is doing a lot better job of understanding a broader set of search terms that apply to a single business. Previously, Google has always weighted Google My Business categories extremely high. Having the right categories could either make or break your ranking. Similarly, the primary category would influence ranking at a much higher rate than the additional categories.

With this update, I’m seeing some changes to that. For example, here is a client of ours that is both a personal injury lawyer and employment lawyer. He cares more about personal injury so we’ve made that his primary Google My Business category to make sure it prioritizes where he ranks. Consequently, he’s always struggled with the employment-related keywords as a result. With this update, we saw huge lifts for keywords related to employment law. These are all terms and concepts that are heavily represented on his website.

If you’re only tracking local rankings from a single point (city, zip code etc.), you might have missed the severity of this update. It wasn’t until we checked several geo-grid ranking reports in Places Scout that we saw how huge of change this was.

Also, if you use UTM codes inside Google My Business, you can also track the impact in Search Console by filtering URLs that contain “utm”. This is an example of a client who originally dropped a ton on Nov. 5 but then completely recovered on Nov. 10.

Additionally, as I pointed out in my first article, I have seen a lot of new spam ranking and we’ve also seen a lot of new listings get impacted by the filter. (If you’re not familiar with the local filter, check out the second point of my article on Possum.) Last week, I had a user on my forum reach out to me for help after his ranking tanked. He was halfway down the first page in the Local Finder. I was able to identify a duplicate listing that was filtering him out and after removing it, he instantly rose to the second position within an hour. Additionally, we saw this trend with clients. One of our attorney clients used to have his practice listing in the three-pack and it was replaced with this update with the practitioner listing for one of the attorneys that work there.

If you want to follow the discussion on this ever-changing update, feel free to find me on Twitter or comment on the Local Search Forum thread.

Joy is the owner of the Local Search Forum and Sterling Sky in Canada. She is also the author of The Expert’s Guide to Local SEO, which is an advanced training manual for people wanting a detailed look at what it takes to succeed in the Local SEO space. She has been working in the industry since 2006. She is a faculty member at LocalU and enjoys speaking regularly at marketing conferences such as SMX, LocalU, Pubcon and State of Search. You can find her on Twitter or volunteering as a Product Expert on the Google My Business Forum.