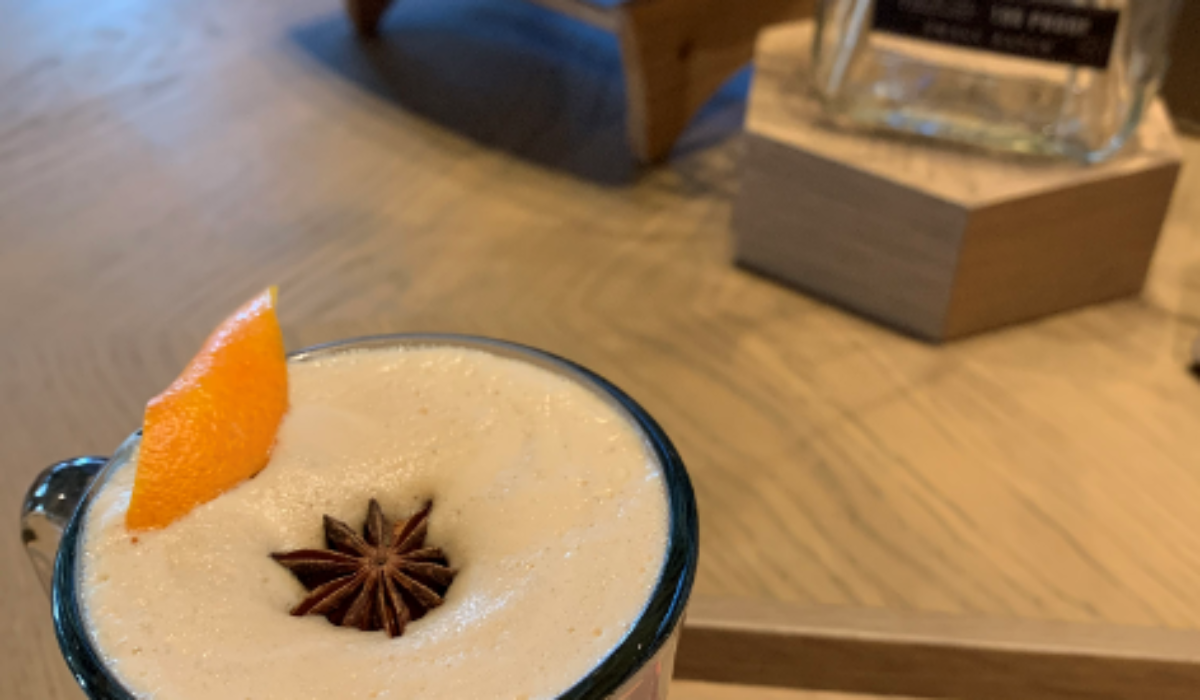 In this series, Mintel analysts share their recent food adventures – highlighting the exciting, the delicious, the intriguing and the terrible food and drink they’ve tried lately. This month, they traveled the world, discovered new snacks and explored the fine balance between tradition and innovation.

The world’s largest Starbucks has something for everyone – Chicago, US

The Mintel Food & Drink team in Chicago visited the new Starbucks Reserve Roastery, which is the world’s largest Starbucks, a few weeks after its opening in late 2019. At the Whiskey Barrel Aged Bar, we tried a range of hot and cold-brew creations made with coffee aged in Knob Creek Whiskey barrels. Our favorite was this Mulled Spiced Coffee that combined the barrel-aged coffee with chai spices and garnished with fresh citrus and star anise. It’s the perfect warm winter pick-me-up!

The mammoth Starbucks is an attraction that is built for multiple visits, especially as Chicago heads into the arctic winter months (and maybe after work because there is an option of adding whiskey to the non-alcoholic drink). However, in a destination with four floors of coffee and tea beverages, it’s likely there will be temptation to try something new!

The Portuguese obsession with salted cod (a cold-water fish that is not native to their region) started back in the sixteenth century with Portuguese fleets off the coast of Newfoundland. The cod was then pickled in salt to be able to last the long trip back home. There’s much more to the story, but essentially, salted cod – and cod fish in general – remain Portuguese menu staples in 2019. One of the most popular dishes it appears in is Bacalhau à Brás, with salted cod (bacalhau), onions, super skinny fried potatoes, and eggs. At the restaurant I visited, the server mixed the raw egg into the steaming hot dish in front of us at the table. The dish definitely evoked classic comfort food, although I can’t say that I share the same love of salted cod as the Portuguese do.

I don’t think I would order it again, but I would eat it if someone served it to me! A new wave of non-dairy substitutes for lactose intolerance or those on a vegan diet are becoming more accessible and feature a high level of integrity in the sense that they are often made with whole ingredients. For example, Vegan almond nut milk cheese is made with real Penicillium roqueforti fungus which gives it a bold “blue” flavour, and it looks and tastes like…real blue cheese. Stinky, crumbly and totally blue, this Veganzola is truly dessert-worthy when served on crackers with some honey or quince cheese.

While this has a nice mouthfeel and an authentic flavour, I still prefer cheese made with whole milk and matured to a very strong flavour. But, I won’t say no to this Veganzola if it’s offered to me again. Pasta with seaweed evokes the Atlantic coast of Portugal – Chicago, US

I stopped by Porto, a newly opened restaurant in Chicago inspired by the Atlantic coasts of Galicia, Spain and Portugal. This dish was a take on spaghetti carbonara but used Spanish seaweed as the noodles. The noodles were mixed with a “carbonara” made from a mussels emulsion and was finished with a dollop of caviar. No extra salt is added to the dish; the seasoning and flavors come through from the unadulterated seaweed, mussels and caviar.

While I give Chef Marcos Campos props for the creative dish, I’d prefer to eat traditional pasta! The texture was a bit off-putting but I did think the sauce did a nice job masking the flavor of the seaweed.

READ ALSO  How Your eCommerce Business Can Emotionally Connect with Customers Okonomiyaki is a Japanese dish that’s made with layers of crepe, cabbage, sprouts, egg, bacon and covered in sweet barbecue sauce. Okonomiyaki comes in a variety of regional styles, and in Hiroshima, the addition ofsoba and udon noodles give it some extra texture and heft. What’s really fun is that you eat it with a spatula that you also use to cut it!

I would absolutely try it again and would like to try all the other varieties to see which is my favorite!