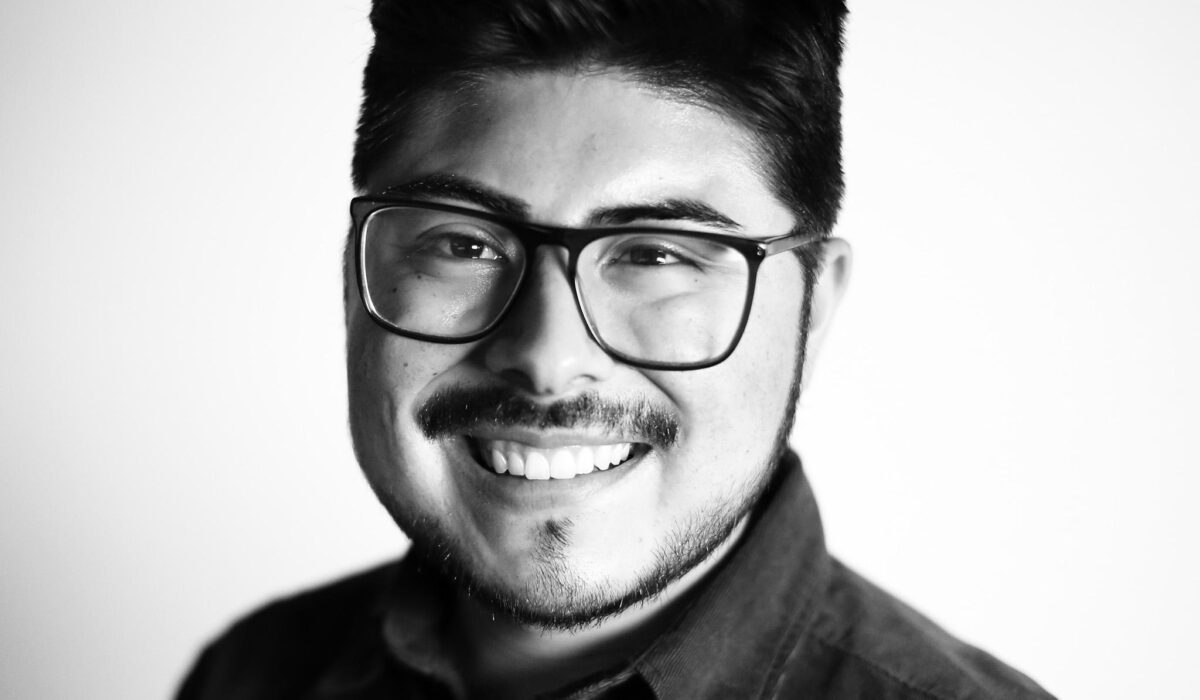 Alex is a Trends Analyst for North America. Focusing on the US and Canada, he analyzes cross-category consumer behavior through the lens of Mintel’s Global Consumer Trends.

Across the United States – and the globe – people are erupting in protests to demand progress in racial justice, largely sparked by several high-profile, unlawful killings of Black civilians by US police officers and vigilantes. This is far from the first nationwide uprising demanding justice and many attribute Black Lives Matter (founded in 2013 in the wake of the murder of Trayvon Martin) with being the present-day American civil rights movement. Activism has certainly evolved since 1968 and the same tools that have been instrumental in those transformations – the digital democratization of information, especially through social media – have also characterized transformations in the marketplace, across categories. These vocal consumer behaviors have long been chronicled by Mintel and they are further analyzed in the Mintel Trend Driver ‘Rights,’ (also one of Mintel’s 2030 Global Consumer Trends) which is a useful lens through which brands can better equip themselves when responding to consumer demands.

While the demands of consumer activism, at this moment, are relatively unified, the responses from brands (large and small) are varied – as are the consumer receptions of those responses. We know that nearly half of US consumers agree that brands/companies have a responsibility to work toward a solution for racial equity, according to Mintel research on American Values. Mintel research on attitudes toward brand ethics reported that nearly half of US consumers felt brands should speak up about social issues.

Many brands may feel like they are in a pressure cooker right now, facing economic uncertainty from the unrelenting COVID-19 pandemic (which necessitated its own messaging) and now protests that are hardly confined to specific locales or demographics. For several years now, companies have been pursuing humanized messaging (sometimes described as ‘relatable’) that gives brands a more approachable and discernible ‘personality,’ with the emphasis placed on digital and social media messaging. Brands must recognize, now, that if they want a more personal consumer-brand relationship, that comes with additional responsibility and accountability that has underscored needs for transparency – and led to several brands being caught in unexpected backlash because consumers demand that everything about a company become accessible public information.

Personal and accessible messaging may be most salient when we think about creators and influencers. From treating protests as photo-ops to not acknowledging the current events, many of these personalities have found themselves in hot water. Followers have taken to their comments, their DMs, and even penned lists of influencers who have acted negatively as a resource for “who to unfollow right now.” Calls to ‘open your purse’ (aka donate) and to use their platforms wisely echo the demands that consumers are making towards each other, reflecting that this is still seen as an exercise in personal responsibility and accountability. This communication accessibility (DMs, comment threads, etc.) should not be seen as a threat to brands, but as a long-awaited opportunity to gather and incorporate consumer feedback in real-time. For influencers, the risk of speaking out may be larger since the financial fallout likely falls on them as an individual rather than an organization. However, consumers are deeming the risk of taking a stance as a necessary, standardized brand practice. The best way to mitigate that risk is to listen very closely to consumer demands, stick firmly to your values, acknowledge when you have made a mistake, and recognize that work is done internally and externally.

READ ALSO  How to Perfect Your Lead Generation Follow-up

What a brand considers to be its public image vs it’s ‘private’ back-end policies and practices has been upended as the two have become one, which has specifically led to backlash due to the incongruence between brand action and brand policy. We saw this with clothing company Everlane, which brands itself on ethics and ‘radical transparency’ but had customer experience employees unionize due to various types of mistreatment. More recently, Amazon came under fire (from consumers and even organizations including the ACLU) for its expression of solidarity with the Black community because many feel the response is hypocritical due to the ecommerce company’s employee mistreatment scandals and, specifically, the mishandling of COVID-19 employee protection.

Facebook CEO Mark Zuckerberg pledged “$10 million to groups working on racial justice,” but this didn’t stop employee walkouts and consumer backlash regarding the platform’s inaction against widespread misinformation – which frequently works against racial justice. These statements are somewhat contrasted with Snapchat’s, whose CEO Evan Spiegel sent a letter to staff that included much more specific language about the US’ “foundation of prejudice, injustice, and racism” and calls for the establishment of “a non-partisan Commission on Truth, Reconciliation and Reparations.”

The specific language of Snapchat’s statement (and others) can largely be accredited to the specific language used by consumers themselves. As we emphasize in the Trend Driver ‘Rights,’ corporations will continue to shape transnational politics in the coming future and that will exist alongside more targeted and defined objections in protest groups. This is also closely related to topics explored in the Mintel Driver ‘Surroundings,’ wherein we anticipate a broadening focus on human rights by consumers, more local social enterprise, and political, social, scientific, and economic ethics driving the direction of innovation. Adequately understanding and responding to consumer demands is an exercise in deep, active listening. This includes garnering information through multiple channels and allowing consumer voices to have weight and influence.

Target refrained from admonishing the actions of protesters, which is not only an exercise in active listening and recognizing public pain, but also an understanding that improving a relationship with consumers does not start with condemnation but with empowerment.

When consumers are specific in their demands for action and brands respond with something else (perhaps a related but ‘safer’ option), it should come as no surprise when consumers remain vocal and dissatisfied. It’s important to know, too, that this is an ongoing practice where brands should treat each situation differently and specifically, regardless of past actions or a brand’s existing reputation. If consumers are putting in work, they are going to demand that brands do, too. The 15% Pledge, recently started by Black small business-owner Aurora James (Creative Director of Brother Vellies), is a tangible and specific commitment to ongoing work where the responsibility is shouldered by brands, not consumers, and Target, Sephora, Whole Foods, and more have directly asked to sign the pledge but they have not been confirmed.

Nike, known for its bold stance on social issues (especially since its 2018 Colin Kaepernick ad and endorsement), aired its anti-racism ‘Don’t Do It’ ad that put a spin on its slogan. The ad is upfront and specific in its language, but its reception has been a mixed bag, why? Notably missing from the ad is a call to action – the sportswear brand makes no mention of Nike’s tangible actions in the current protest climate nor do they point customers to actionable resources. While the brand may have a good reputation for taking bold stances, ever-attentive consumers – and even notable advertising professionals – are still demanding the brand put its money where its mouth is. Of course, Nike is not alone in adopting strong messaging that is not immediately backed up by tangible action. However, when we look at many small and local businesses that have deep, personal relationships with their consumers, their values and actions could not be more clear. Chicago vegan bakery, Pie Pie My Darling has been active on Instagram posting anti-racist resources and small business relief efforts. During the week of June 1, 100% of the bakery’s sales were donated to Black Lives Matter, Black Visions Collective, and The Chicago Community Bond Fund. These organization choices span local and national impact while also being the organizations that protesters themselves are advocating for. This purposeful brand-consumer solidarity still ladders up to the effective strategies of being transparent and authentic.

That solidarity is much easier when your brand is equipped to respond – in words and in actions – to consumer demands that may be largely online. What about when the fight comes to your storefront, literally? There has been national attention given to looting and property destruction that has happened in the same areas as protests. A primary example of this was the Target Lake Street store in Minneapolis. The complex situation, which involves a deliberate and impactful political action coexisting with not-so-peaceful (but still deliberate and effective) destruction, effectively destroyed any remaining gaps between these consumer protestations and commerce. They are inextricably linked. Target CEO Brian Cornell responded to the situation emphasizing recovery, employee protections, and community resources and also acknowledging the injustices that are fueling protesters’ righteous anger. While the company has temporarily closed more than 100 of its stores (and modified operating hours at others), it refrained from admonishing the actions of protesters, which is not only an exercise in active listening and recognizing public pain, but also an understanding that improving a relationship with consumers does not start with condemnation but with empowerment. This solidarity has also been embraced by small businesses, who have far fewer resources than a corporation but a much closer relationship with their consumers.

Chicago’s Central Camera Company sustained damage but has continued to publically advocate (including in new media interviews) for protesters and bail funds. It should be noted that in the wake of destruction, many small businesses have been swiftly met with community-resourced funds (including from protesters) and clean-up brigades to aid them in their recovery.

Themes of active listening and meaningful specificity have always been effective pillars of impactful brand messaging. As we look towards a future where technology further enhances the effectiveness and success in pushing for social change and consumers demand stronger ethics and greater equality (from each other and brands), brands will need to be more active and deliberate in the online and offline communities that their businesses occupy. This means making both internal and external structural changes that better support meaningful and growth-minded relationships with consumers.