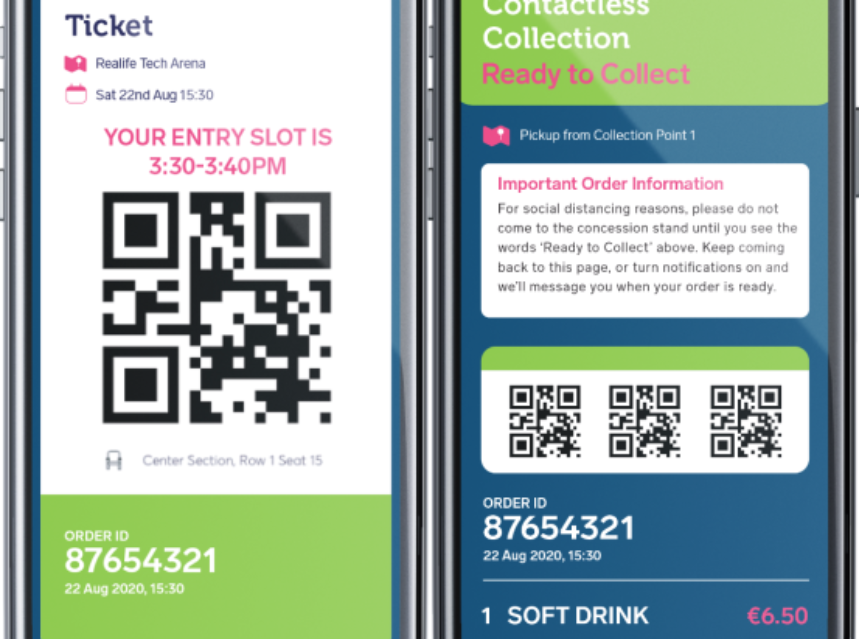 The year 2020 might not seem like the best time to be in the live events business, given that conferences have gone online, concerts are being staged virtually, and sport is being played behind closed doors. But one startup is preparing for the day when physical meetups are back on the global agenda, by offering venues the technology and data to help them emerge from lockown and safely accommodate large congregations of fans.

Realife Tech was founded in 2014 originally as LiveStyled, serving as a white-label backend which music and sports venues integrate into their own mobile apps — this could be to deliver real-time tailored content, help fans find their way around, buy tickets, and pre-order merchandise. Today the London-based company is relaunching with its new name, $7.2 million in fresh funding, and a Covid Safety Hub which it hopes will serve as a critical tool to get people back inside brick-and-mortar venues. As Adam Goodyer, Realife Tech founder and CEO notes, the company wants to help “events around the world return to action” and “assist in kick-starting the economy.”

The live music industry alone is a $28 billion market, and while watching bands perform from their living room holds a certain charm, seeing them live on stage alongside thousands of other like-minded people is hard to replicate. Realife Tech isn’t launching any major new technology as such to help with this effort, but it’s setting out to show how its existing technology, and some new tools, can help venues adhere to some measure of social distancing.

For example, venues can allocate entry slots to fans so that they will only be able to enter the grounds during a specific time frame, while contactless collection enables consumers to order food and drink through their mobile phone and receive an alert when it’s ready to pick up. This is all about helping venues minimize congestion at core chokepoints.

However, Realife Tech is more than a mobile app. The platform joins the dots between data generated from myriad systems including mobile apps, ticketing systems, Wi-Fi hotspots, point-of-sale (POS) systems, digital advertising screens, and more to garner a unified view of customers as they move around a venue. This can be used to reduce queues and deliver targeted messaging through public address systems or a mobile app.

Realife Tech leans on Crowd Connected’s Colocator footfall analytics to see how people are traveling to and around a venue, data that can be used to inform social distancing initiatives.

Elsewhere, venues can also help appease anxious fans with checklists, meaning that in the build up to an event they can proactively reach out to fans with a tick-box process that helps them know what they need to do before, during, and after leaving the venue.

Although Realife Tech goes some way toward helping venues and fans adhere to social distancing measures, there is no escaping the obvious here — fans who congregate to watch a live music or sporting event will still likely have to stand in close proximity to each other. There probably isn’t any completely safe way for live events to return, meaning that this technology is more about reducing just some of the risks involved.

It’s certainly notable that Realife Tech has manged to raise funds at this time given the industry in which it operates — by contrast, in the past month a number of technology startups have raised funds for propositions that run contrary to Realife Tech. Run The World, a Mountain View-based startup that helps companies stage events online, raised $10.8 million from big-name backers including Andreessen Horowitz and Founders Fund. And Los Angeles-based Wave secured $30 million to help performers stage shows online.

Realife Tech’s series A investment, which was led by Virgo Investment Group with participation from Superfly Ventures and Stadia Ventures, may seem counterintuitive given the precarious predicament that live venues face, but the music and sports industries will have to open again at some point — and Realife Tech is providing some of the tools to help that happen. The company is already in good company too, with notable clients including LA Galaxy, Indianapolis Motor Speedway, and The O2 in London.

Sign up for Funding Weekly to start your week with VB’s top funding stories.