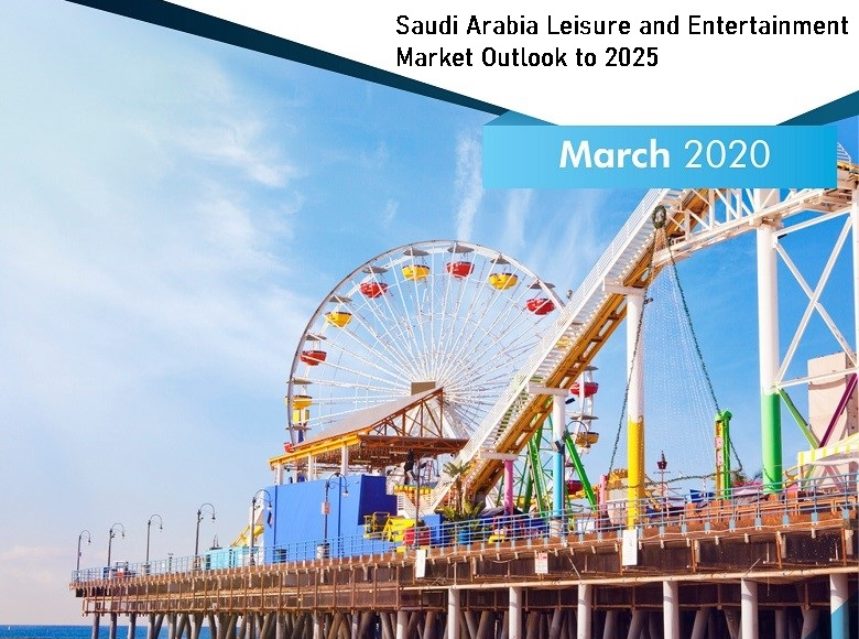 The report titled “Saudi Arabia Leisure and Entertainment Market Outlook to 2025-Movie Theatre Market by Revenue (Ticket Admissions, Food, and Beverage Sales, Advertisements and Sponsorships), Amusement Park Industry (Ticket Admissions, Food and Beverage, Merchandise, Games, and Others) and Alternate Entertainment Avenues (VR Gaming, Bowling Alley and Trampoline Parks)” provides a comprehensive analysis of the status of leisure and the entertainment industry in KSA. The report covers various aspects including the market potential, market segmentation and customer preferences in each segment. The report concludes with market projections for the future of the industry including forecasted industry size by revenue with a recommended market penetration strategy for a new entrant.

Saudi Arabia movie theater market had begun taking shape after a 35-year hiatus. The Saudi government, in a bid to increase entertainment opportunities in Saudi Arabia, allowed screening of movies in 2018. AMC Cinemas was the first international movie theater chain to operate in Saudi Arabia with the KAFD screen that accommodates 490 patrons. As of December 2019, more than 9 movie theaters are operational across Saudi Arabia, with a maximum in Riyadh.

Ticket sales were observed to the dominant revenue source for movie theaters, in line with trends observed in emerging movie theater markets. The standard screen was observed to dominate the type of tickets and screens preferred by moviegoers due to their low cost and high availability. Similar to more developed movie markets, the majority of the demand for ticket sales was through the online medium.

Advertisements and Sponsorship included revenue from the exhibition of ads from distributors. Sponsorship revenue was included as most of the theaters operating in Saudi Arabia was new and therefore had greater sponsorship activity to increase footfall in theaters.

As of 2019, the movie theater the industry is concentrated between 4 players, with VOX Cinemas operating 7 out 9 theaters as of 2019. The Saudi Authority for a movie, General Entertainment Authority has given movie theater licenses to 7 operators as of January 2020. Currently, 4 cinema chains are operational in Saudi Arabia, namely Dubai based VOX and the USA based AMC, Saudi based MUVI Cinemas and Middle Eastern-based Empire Cinemas. Currently, VOX holds the market leadership position with more than 7 operational theaters across KSA, followed by AMC and MUVI with 2 locations each. Companies compete on the basis of ticket prices, type of screen formats, F&B packages and discounts among others.

For the period 2019-20205, the movie theater industry in Saudi Arabia is forecasted to grow at a CAGR of 15% as more movie theater chains enter the market. As movie theaters face footfall challenges, discounts, movie passes can be expected on tickets as well as higher margins on F&B sales. For nationals with higher spending capacity, premium movies viewing formats such as 4D, IMAX and other luxurious offerings such as fine dining and private viewing will help movie theater operators to gain higher revenue from fewer admissions.

The amusement park industry in Saudi Arabia is fragmented with various types of amusement parks in operation including theme parks, water parks, entertainment parks in malls, snow-based parks among others. The market grew at a single-digit CAGR. The Al Hokair group and Al Futtaim group are the leading businesses in the amusement park establishments, with Al Shallal Theme Park, Al Hokair Land, and Jungle Theme park. The growth in tourists and their entry with tourist visas and the government’s push for an entertainment-based economy has driven the market in the review period.

Ticket Sales and Admissions in 2019 for amusement parks include sales of walk-in tickets, online, and groups and parties. This the segment was observed to have accounted for the highest share of amusement park revenues, as the average ticket price includes an entry fee to be paid irrespective of rides.

Food and Beverages revenues include sales from stalls and restaurants as well as catering services offered inside the premises. Catering services are offered to groups such as schools, corporate, ladies’ nights among others. This segment accounted for the second-highest share of overall amusement park revenues in 2019.

Merchandise Sales in 2019 accounted for the third-highest of amusement park revenues in 2019. All amusement parks sold souvenirs, clothes, toys and other accessories at shops and stalls inside the premises.

Games and arcades revenues from Amusement parks had specific gaming arcades for families, children and women which include traditional arcade games as well as new games that included VR and bowling.

Other revenue sources include royalty from third party food vendors if any, parking charges, and sponsorship revenues for events that are conducted in the amusement park such as water shows, magic shows, and other exhibitions.

The nature of competition is fragmented in terms of amusement parks. The region has various amusement parks, family entertainment centers, water parks, and theme-based parks. Al-Shallal theme park is the oldest operating theme park in Saudi Arabia and holds the highest market share in terms of revenue as well as admissions as of 2019. Other parks include Al Hokair Land and Atallah Happy Land which have the next highest revenues.

The nature of competition in terms of holding companies is moderately concentrated as Majid Al Futtaim and Al Hokair group are market leaders with annual revenues from entertainment and family-oriented destinations exceeding SAR 1 Billion for 2019. Fakieh Group is another holding company, which owns Al-Shallal theme park.

Alternate entertainment avenues have been identified in Saudi Arabia based on their attractiveness for investors as well as customers. These avenues are identified according to the Vision 2030, which expects Saudi nationals to engage themselves in leisure, entertainment and specifically recreation with an interest in physical activity.

Virtual Reality gaming is extremely new in Saudi Arabia and has major applications to business enterprises than in gaming and leisure. Currently, Vogel and Off the Grind (OTG) provide VR solutions for businesses while OTG also provides gaming solutions, Zero Latency is Saudi Arabia’s first free-roam VR gaming arcade. The payback period for investment in a lease based operating model was observed to be highest.

Bowling Alleys are common in Saudi Arabia as the sport has a long history in the kingdom. The Universal Bowling Center in Riyadh operates according to International Bowling Standards and conducts various tournaments for professionals as well as leisure seekers.

Trampoline Parks are somewhat common in the kingdom with international operators such as Skyzone and Bounce having operations in Jeddah, Riyadh and Al Khobar. With the purpose of exercise and recreation, trampoline parks attract schools, corporate, females only among others with an aim to improve lifestyle and fitness, as well as entertainment.

Others (Parking, Royalty and Sponsorships)

Time Period Captured in the Report:

Key Topics Covered in the Report: –

For More Information on the research report, refer to below link: –

Global VR Gaming Market Outlook to 2022 – by Hardware, Software and Accessories (Motion Sensor, Masks & Gloves, Bodysuits and Others) and by Devices (PC, Consoles and Mobiles)