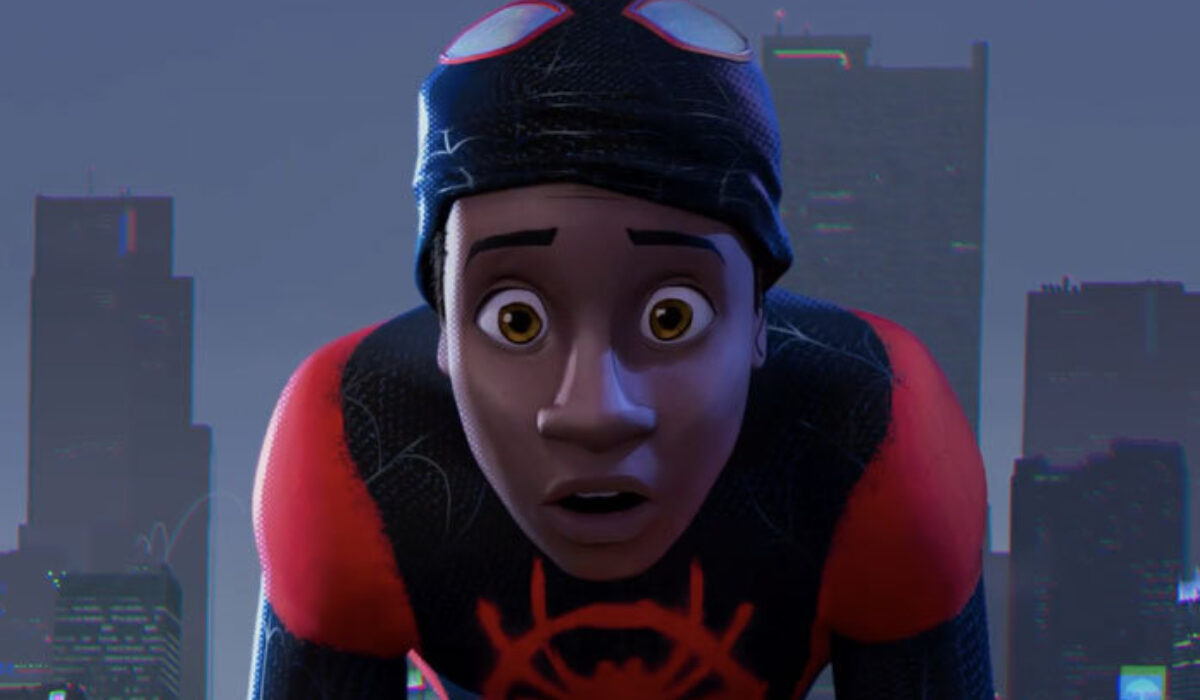 Sony Pictures has released the first trailer for Spider-Man: Into the Spider-verse, the upcoming CG animated feature which follows the Miles Morales version of the character. For fans of this incarnation of Spider-Man, this film will be a welcome change from the live action ones.

Shameik Moore lends his voice to the character in the film which also boasts the voices of Mahershala Ali, Liev Schrieber and Brian Tyree Henry. “The LEGO Movie” writer/directors Phil Lord and Chris Miller co-wrote the script for the film which opens December 14th next year.

The brief teaser trailer opens with a hooded figure moving through a snow-covered New York City, and stops by the grave of Peter Parker. After bounding and swinging around a vibrant and colorful New York City as Spider-Man, Miles appears to run into another Spider-Man and asks the all-important question: “So how many of us are there?”

The trailer is moody and stylish in a way that the live-action Marvel movies have not really tried to capture before. And it is, finally, a Spider-Man movie starring Miles Morales, the biracial successor to Peter Parker who’s been around in the comics since 2010. The trailer was certainly well-received on social media with many commenting on the film’s lighting and style.

Btw #MilesMorales is a big time movie star because of YOU! This is a pure and almost immediate reaction to your support and love. This is fact.

The art direction this movie has is beyond amazing.
Miles Morales’ first outing shows more promise than any of Peter Parker’s entrances to date.

I’m here for Miles Morales in hoodie, and a pair of Air Jordan 1’s! This Spider-Man is gonna be lit 🔥🔥🔥#SpiderVerse pic.twitter.com/YptyQwIupu

I am so excited to see miles morales in a spider-man movie! Just look at the gorgeous color palette from the first trailer. AHHH 💖🎉 pic.twitter.com/WuJ8czQS3u

All the little kids are going to see Miles Morales (more than usual because he’s getting to those levels now) at the Movies and be like damn, I’m Spider-Man.

Miles Morales is another popular version of the character, first introduced in August 2011 in Ultimate Fallout #4. Like Peter Parker, he was bitten by a radioactive spider and developed superpowers, and became Spiderman after the Green Goblin killed Peter. While Marvel Studios has brought the traditional Spider-man into its larger cinematic universe, this film will standalone from those stories, and looks as though it will be an origin story, while its title hints as a broader world of its own.

What did you think of the trailer for Spider-Man: Into the Spider-verse? Are you excited to see a version featuring Miles Morales? Let us know in the comments section.