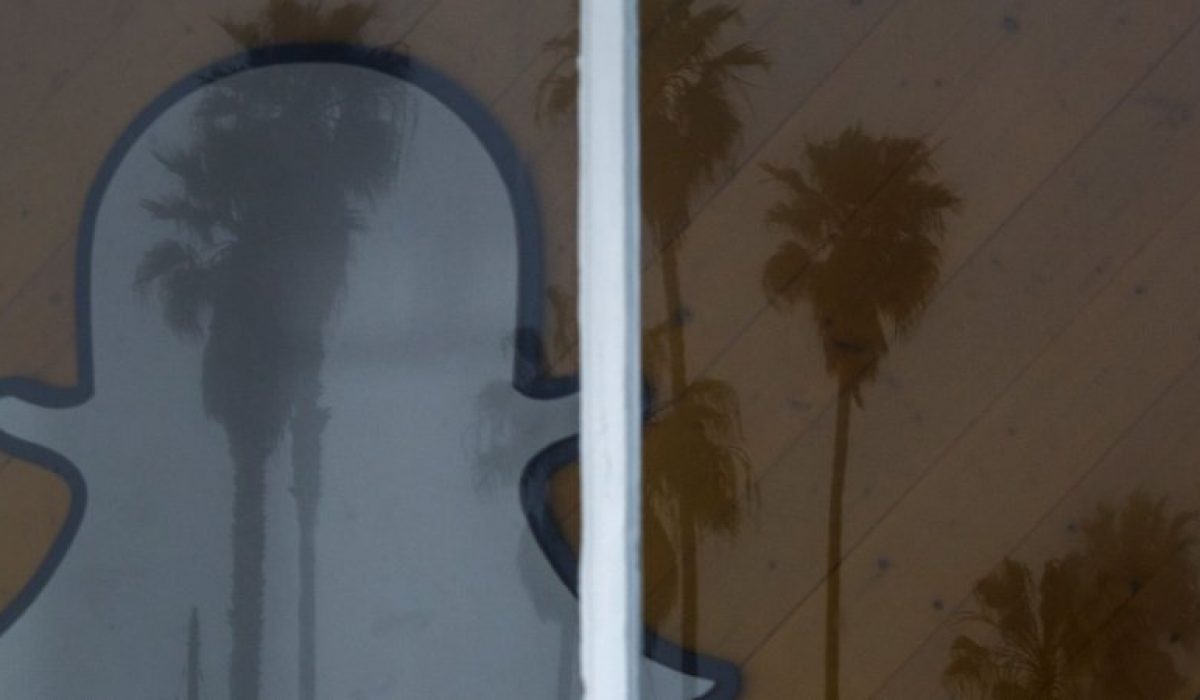 Young people rejoice! The Snapchat app rolled out a new feature this week called Snap Map which allows users to view their friends’ locations in real time. After acquiring social location platform Zenly, the new feature is sure to make some waves for the platform.

When viewing through the in-app camera, users merely need to pinch on the screen to view an interactive map that shares locations and statuses from their friends and video stories available around the world.

For those users that are leery about sharing their locations, it’s very easy to turn on Ghost Mode and hide from the world, but still see what else is around then.

As well, Snap Map makes use of another of Snap’s acquisitions: users appear on the map via their “Bitmoji,” cartoonish representations of the users’ likenesses, which makes the mapping feature more fun.

Over time, the feature will get smarter and determine users’ behaviors in the real world, like driving, sleeping, and working, and represent the Bitmoji accordingly.

Snap has had some well-documented foibles, such as its deplorable earnings call post-IPO and enabling advertisers to use third party data to target users with ads. Its user growth has effectively ground to a halt while it struggles to reasonably generate revenue and return value to its investors.

As well, Snap leadership have erroneously been calling it a “camera company.” Foolish and backwards, the company seems to constantly overlook the value of its network effects.

That said, Snap Map gives the impression that someone at the Venice Beach headquarters is focused on capturing network effects to retain and grow the user base. Most decisions appear to have been design-driven product choices, rather than focusing on driving increased and more valuable interaction between users, which is the real value proposition of social networks like Snapchat.

Snap Map is fresh and fun, offering users a new level of interaction with each other and their communities. Snapchat users have more reason to return to the app and check it to see what friends are doing, whether out of interest or sheer boredom.

The increased interactions will boost time spent in-app and the frequency of interactions and checking the app.

All of which means that Snapchat is capturing even better network effects, the fuel in the engine every social network needs to be successful.

Announcing such an innovative new feature is also sure to draw and retain new users, which might help unstick the company’s stubbornly low growth rates. As long as no other platforms display such a feature, Snapchat will offer a unique value proposition, one that can’t be found elsewhere.

That would be huge for the struggling and freshly public company.

Snap Map could also spur users into taking actions in the real world they wouldn’t otherwise be inspired to do, like surprising a friend visiting the coffee shop or ducking into a corner bookstore to avoid someone heading in their direction on the map.

And Snapchat would be the tool that enables these events, sitting at the middle of common social interactions in users’ lives.

Snap Me the Money

As mentioned above, Snap has struggled with monetizing and meeting earnings expectations – and is paying for it on Wall Street. The stock is trading near where it initially listed on the market.

Snap’s average revenue per user (ARPU) was hovering around $1.05 in its last pre-IPO quarter. At the time of its IPO, Facebook was pulling nearly double that while Twitter accrued roughly 40% more than Snap did.

The company needs fresh methods for engaging users with ads and branded content that aren’t so obtrusive as to turn off users. It needs to drive up ARPU if it hopes to generate cash without paying for onboarding more users.

While Snapchat hasn’t rolled out ads for SnapMap just yet, there are many monetization opportunities spilling out of this new feature.

For instance, Snapchat can now offer targeted advertising based on location or user preferences. A user could walking past an ice cream parlor and, using that previously enabled third party data, the advertiser knows the user likes ice cream (it’s also a hot summer day), so the Snap Map will kick out an ad for the ice cream parlor.

Snap Map could also be used to great effect for event advertising. Nightclubs looking to advertise a themed DJ night or a restaurant looking to promote its grand opening could make great use of Snap Map, particularly if the event itself is Snapchat-worthy.

These ads could, in fact, even be rooted in user-generated content, the “snaps” that users take and send, which would lower the incumbent costs of advertising.

Another source of offering branded content lies with the Bitmoji themselves. As Snap figures out what people are doing at given times, it can tailor the avatars’ appearance to match the activity. A sleeping Bitmoji could be using a Casper or Leesa mattress. A user that’s taking a car to meet friends could be portrayed using a Lyft car for the journey.

The opportunities are nigh endless, but they need to be subtle. Snap has often resisted selling out aspects of the experience to advertisers for the sheer sake of revenue.

Snap Maps looks really promising overall and could the shot in the arm the company needs to boost its ARPU and network effects. As long as Snap’s leadership plays its cards right and doesn’t botch this opportunity, this feature could be the next money-making adrenaline rush needed to right the company’s perpetual losses.