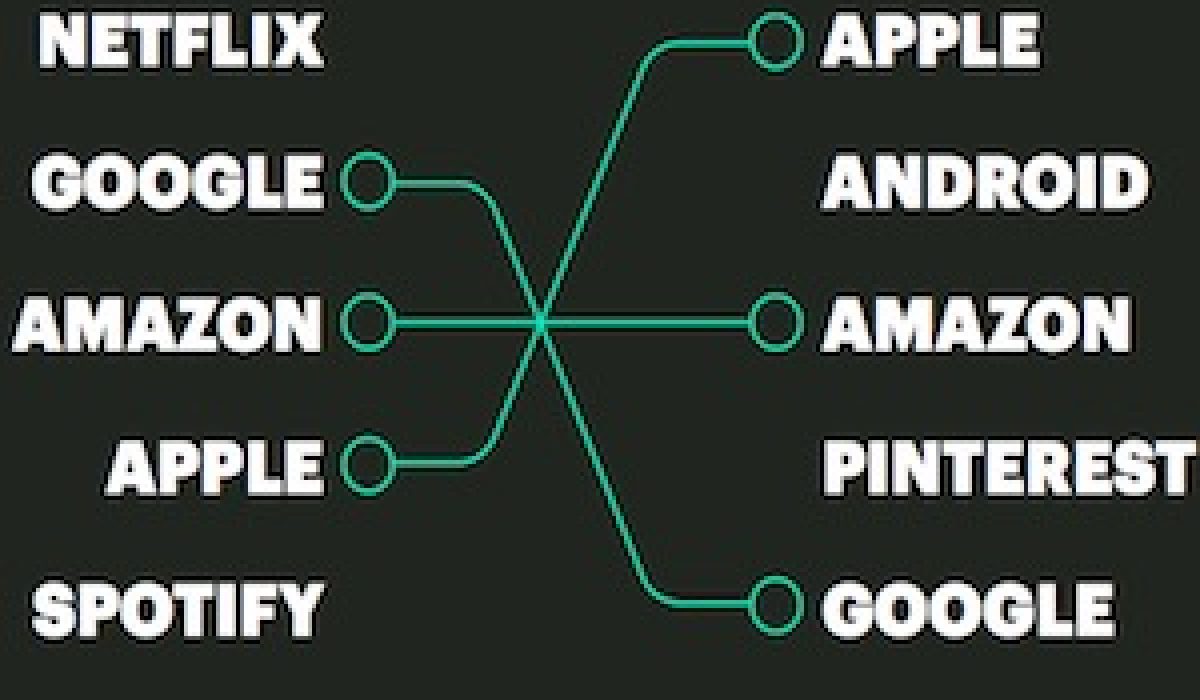 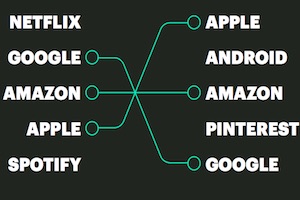 Consumers in the United States say Apple, Google, and Amazon are the top 3 most “relevant” brands, according to recent research from Prophet.

The report was based on data from a survey of 13,500 consumers in the United States.

Respondents were asked to evaluate the relevance of 275 B2C brands in 27 categories by answering questions related to four areas: (1) how difficult it is to imagine living without the brand; (2) how essential the brand’s products/services are; (3) how well the brand creates an emotional connection; and (4) how much the brand innovates.

Apple ranks as the most relevant brand with US consumers for the third year in a row. Google is second.

They are followed by Amazon, Netflix, Pinterest, Android, Spotify, Pixar, Disney, and Samsung. 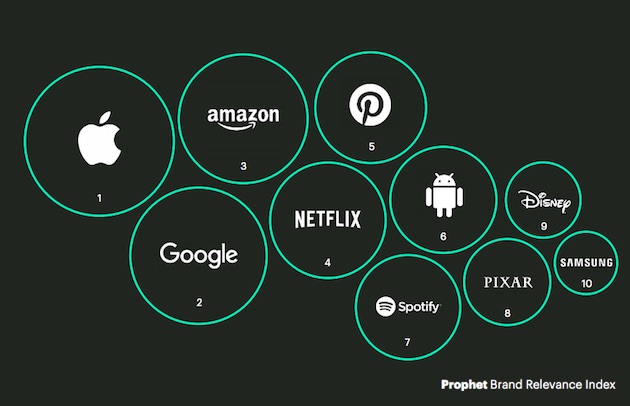 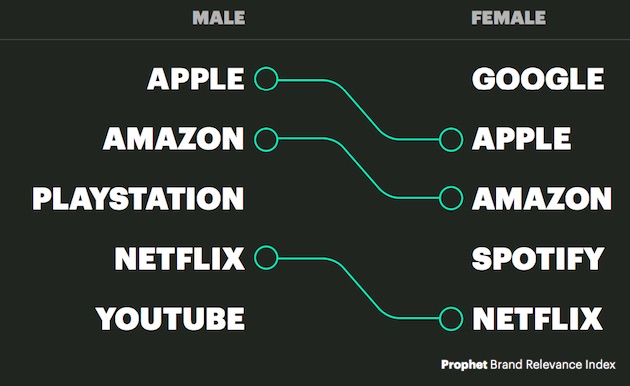 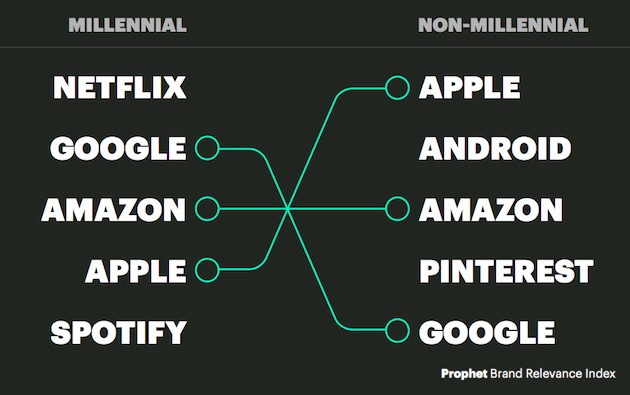 About the research: The report was based on data from a survey of 13,500 consumers in the United States.