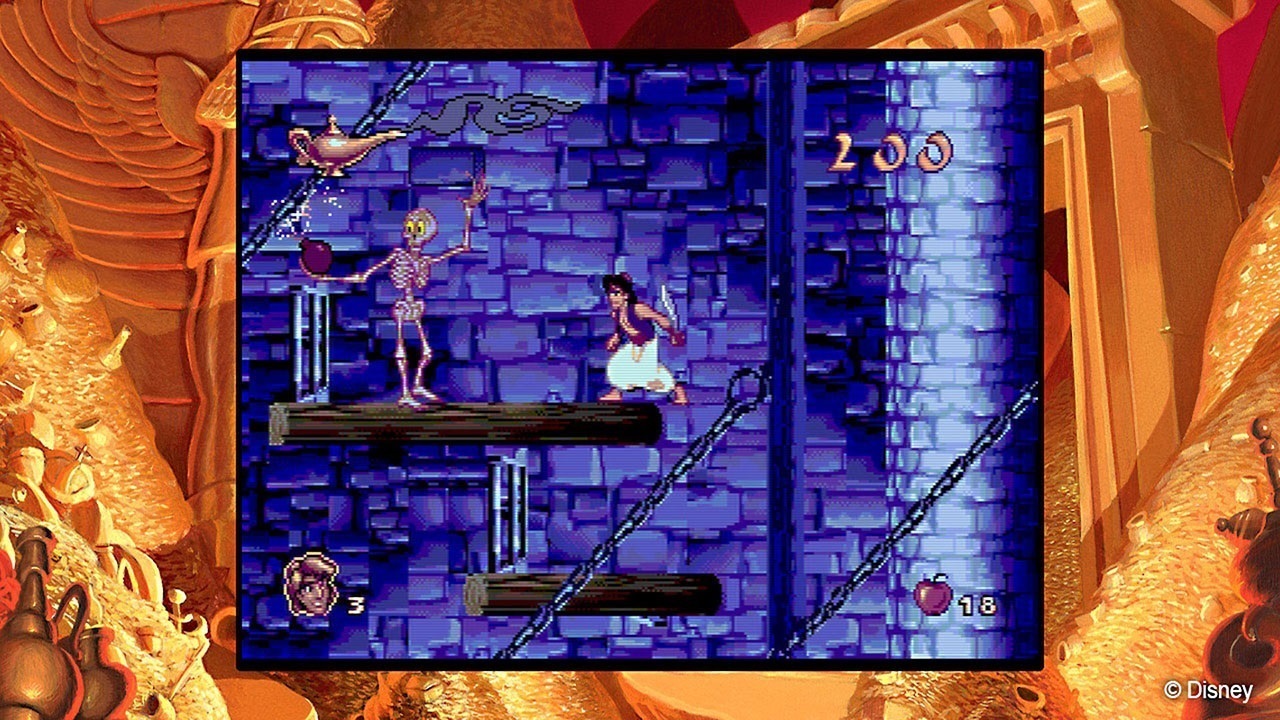 I love retro video games (hence this column’s existence). I also love Disney. Yes, I’m one of those folks, the person who would karaoke a song from Moana at the bar. That guy who spends 75% of his vacations at Disney parks. And you can’t make me feel bad about it.

I’m also a big fan of classic Disney video games, so I’m thrilled that Digital Eclipse announced Disney Classic Games, a compilation that includes the Genesis version of Aladdin (first released in 1993) and the Super Nintendo version of The Lion King (1994), along with some fun bonuses. Both of those are among some of the best Disney-based games ever made. They’re also two of the best sidescrollers of the 16-bit era. The compilation comes out on October 29 for PlayStation 4, Xbox One, and Switch.

Aladdin is getting some extra love in this collection via a new Final Cut version. I wasn’t sure what exactly this would be, so I asked Digital Eclipse senior producer Stephen Frost about this new take on the classic.

“After interviewing members of the original development team for some behind-the-scenes videos (which are included in the museum section of the collection), we noticed that they talked about things they personally would have liked to have been improved or adjusted in the original game but just never got around to doing them,” Frost told GamesBeat. “That sparked an idea in our heads. If the development team had a bit more time to work on the game, what things would they change? What things would they fix? Or to provide a modern day example, what would the Day 1 patch for Aladdin be? That was the genesis — pun intended — of the idea behind the Final Cut version.”

So it’s a kind “director’s cut” version of Aladdin for Genesis, including a couple of new areas and level adjustments.

“One of the goals of the project was to try and determine what the original development team would have done if they had just a bit more time,” Frost added. “Fortunately, we also had help from members of the original team for advice and suggestions, but it still was not an easy task.” 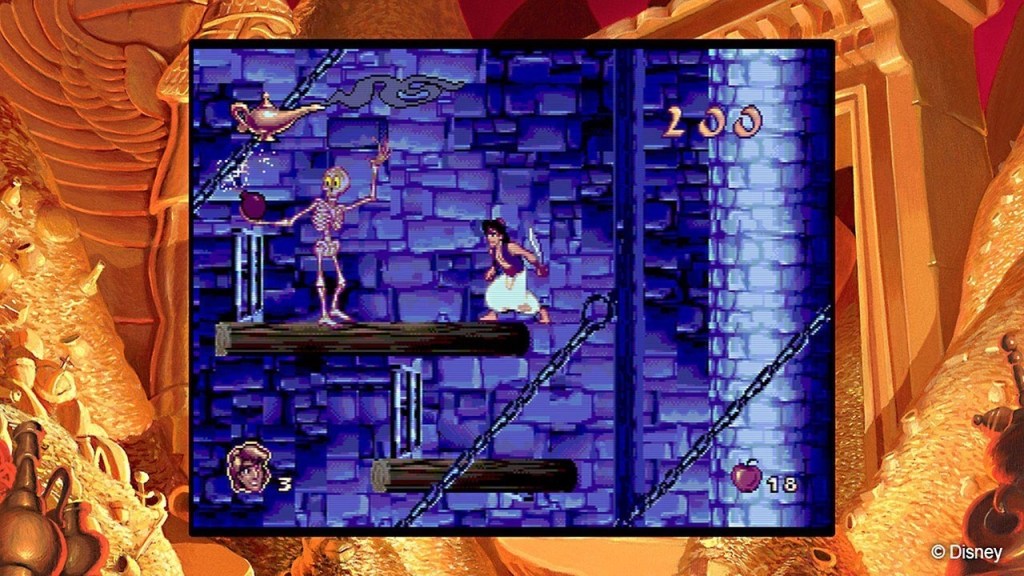 Above: Some of the most impressive sprites of the 16-bit era.

For someone like me, who’s played through Aladdin on Genesis recently, this is awesome. Now I’ll have a chance to see a different take on game. But I also had to ask Frost a question I’m sure he’s been asked a lot. Why did Digital Eclipse decide to focus on the Genesis version of Aladdin and not the Super Nintendo one?

For those that don’t know, those are two different games. Virgin Interactive made the Genesis Aladdin, while Capcom worked on the Super Nintendo version. Both games have excellent 2D action-platformers, but everyone seems to have a preference for one. You can put me in the Genesis camp. So, hey, I’m glad that Digital Eclipse picked that version for its collection. But I did wonder why.

“Our focus was always on the Genesis version of Aladdin and to spotlight the collaboration between the animators at Disney and the development team that worked at Virgin Games,” Frost told GamesBeat. “That collaboration is what made Aladdin such an amazing-looking game and resulted in people viewing ‘movie-licensed’ games in a whole new light.”

Developer Virgin worked with actual Disney animators, turning animation cells into digitized sprites for the games. The result is one of the best-looking 2D games of the ’90s. Capcom’s Aladdin is fun and looks good in its way, but it can’t compete with the Genesis version when it comes to mimicking the art and animation of the movie.

With apologies to those SNES Aladdin fans, the film-like graphics of the Genesis version are what make it more memorable and significant. It’s also why I was disappointed that Aladdin wasn’t a part of the built-in library for the Genesis Mini. But now this classic will be easily available for modern gamers, and we have Digital Eclipse to thank for that.

The RetroBeat is a weekly column that looks at gaming’s past, diving into classics, new retro titles, or looking at how old favorites — and their design techniques — inspire today’s market and experiences. If you have any retro-themed projects or scoops you’d like to send my way, please contact me.