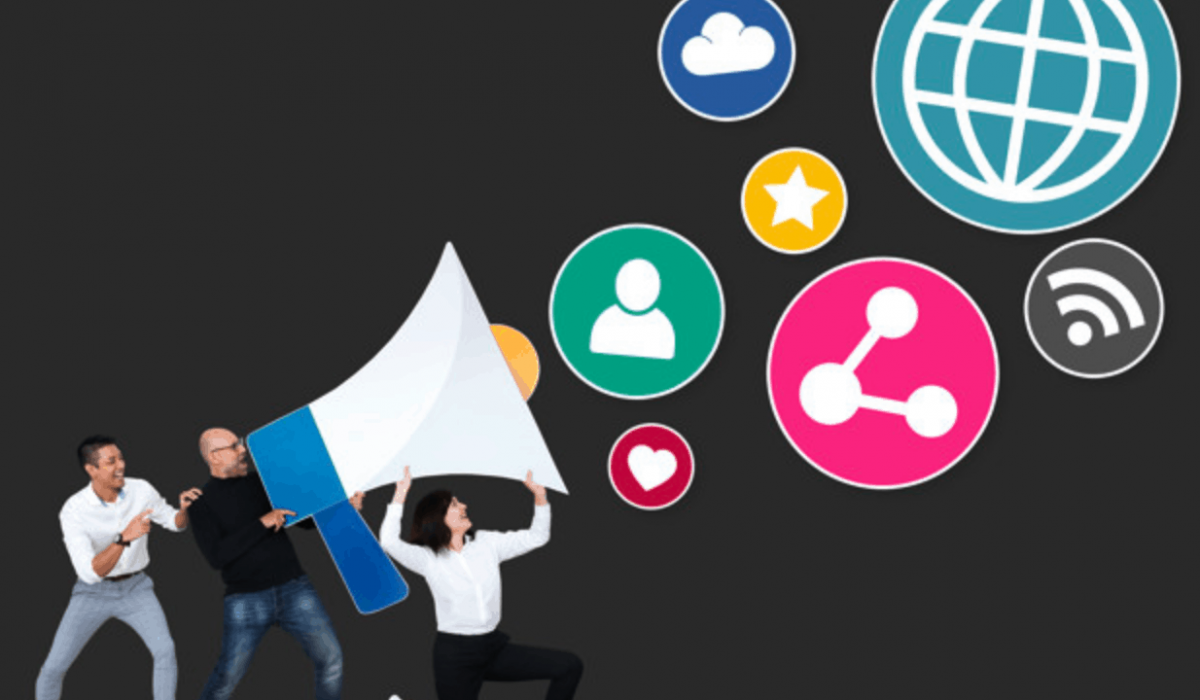 What happens when your brand partners with macro influencers, some of the most influential people in the world online?

You reach millions of people.  You make millions in sales.

Well, at the very least, the door of opportunity for millions is certainly wide open.

In my last post, How to Make or Break Your Brand with Micro-Influencers, we unpacked all the benefits of the small social media stars – hopefully enough to challenge the downplayed perception of this group.  And to be fair, we also brought to surface the challenges of working with micro-influencers.

Because as long as millions-worth of reach and sales are at stake, macro influencers deserve their own special broadcast.  Especially before you start looking for influencers to collaborate with.

Ready to dive into the world of people that break the internet?

First, A Look at a Brilliant Macro Influencer Collab

What happens when two iconic brands partner to create a collab collection?

The collection is sold out.  A day before the official launch.  SOLD OUT.

Dropped online a day earlier than the official release date of January 18, 2020, the line was practically sold out immediately.

According to Adidas, the female consumer is an active focus.  So, what did they do about it? They identified one of the world’s most influential female entertainers.

Nothing new for the three-striped athletic German brand.  They’ve partnered with influential people, like Pharrell Willams and Kanye West, before.

And some lessons later, the Adidas x IVY PARK collection hit all the right spots.

By limiting the number of products on the market to avoid killing the line, they’ve created even more anticipation for the upcoming launches they have lined up with the iconic influencer, Beyoncé.

So, you bet Beyoncé’s fans are waiting to add to cart when those launches drop.  And of course “Adidas is banking on Beyoncé for growth”.

This is absolutely a brilliant collab – one that your brand can learn from but also one that should motivate you to explore macro influencers in your sales and marketing strategy.

How to Make it with Macro Influencers

Macro influencers are more than just big stars.  Consider them the meteors of the social media universe.

Beyoncé, for example, has 143+ million followers on Instagram.  That is a massive potential reach for any brand that collaborates with the icon.

Likewise for any other influencer with a large number of followers.

Whatever is said or posted, they have a large audience of people listening.

So, if you’re looking for influencers to scale your brand awareness to millions, macro influencers is the magic wand to wave in your marketing strategy.

Let’s go with Beyoncé’s current average engagement rate of 2.7% on her Instagram profile.  To put this into perspective, if she’s collaborating with a brand, that brand will have 3+ million people actively engaging in a campaign.

And if we use an average conversion rate of 2.35% on her engaged audience, we’re looking at 70,500+ conversions.

To indulge ourselves further, if the average cart value is $200, we’re looking at gross sales of $14+ million online.  This is probably a worst-case scenario. And that’s not even accounting for the offline sales effect.

And we’re talking about a campaign that launched and sold out within hours.

Millions made in hours – thanks to the well-executed macro influencer campaign.

One of the challenges with launching anything new, whether it’s a new line or a new business altogether, is breaking the trust barrier between your brand and your potential customers.

Macro influencers have their own reputation with their loyal followers.  So when a brand collaborates with a macro influencer, consider it an endorsement opportunity.  The market will perceive your brand as trusted simply because a well-known personality has positively promoted it.

This is a great way to fast-track building trust in your brand especially if you’re launching a new product or service into the market.

Because you’re dealing with millions of people when your brand collaborates with a micro-influencer, this is a ripe testing environment to gain valuable data insights.

READ ALSO  When You Should NOT be Blogging

This works great if your brand is in a testing phase of product development and you’d like to see how the market responds.  It’s also an opportunity to get feedback.

All this data won’t be in small numbers.  Thousands if not millions of data points that will feed your insights.

Unlike micro-influencers, macro influencers are not inexperienced newbies.  These are well-experienced people that come with a wealth of professional influencer marketing skills.

They’ve worked on big brand collabs before, they know what tactics work and what doesn’t.

They also have a team of experts behind them.  From professional photographers to agent reps that help them craft campaign strategies.

So, if your business collaborates with a macro influencer, it’s a smart opportunity to tap into their expertise for campaign success.

Challenges with Collaborating with Macro Influencers

Macro influencer collaborations sound good and wonderful, and they truly are, but all is not a bed of roses.

So let’s get to the bad news, hopefully without dampening the enthusiasm around macro influencers and their amazing benefits.

But just so you are forewarned and of course forearmed.

So, be prepared to have a swell budget to fund your macro influencer campaign.

They’re in high demand but their capacity is also limited.  That is, they can only run so many collaborations at a time.  That means macro influencers, themselves, are a valuable commodity.  And you know how supply and demand works.

You’ve got to pay macro influencers big money to qualify for that league.  So if the pocket doesn’t match your ambitions, best you skip it and rather consider working with micro-influencers.

You can’t just drop them a DM and launch a collab.  Macro influencers aren’t as easy to access as their micro counterparts.

Be prepared to go through the lengthy process of reaching their agent before you even begin the conversations around the partnership opportunity.

And when you do get the discussions going, be prepared for what seems like interview proceedings – just to determine if your brand is an ideal fit for the macro influencer and their audience.

All this, and we haven’t even signed a contract yet.  Expect lots of back and forths with that too.

The entire process of pre-collaboration and even the actual collaboration is not quick and easy when you’re working with a macro influencer.

Say you’ve progressed along and both your brand and the macro influencer have determined that the collaboration can proceed, the complications do not end there.

Expect to work around the influencer’s calendar and be prepared to comply with their requirements.

Depending on the nature of the campaign, if the influencer is required to do special photoshoots or travel, they may make demands like flying in first class and being accommodated in 5-star hotels.  You might even have to cater for and accommodate their child or even dog.

In other words, macro influencers are high maintenance and if you’re collaborating with them, you’ll need to serve their needs and demands.

Because you’re dealing with an audience of millions, if anything goes wrong with the collaboration, the impact, unfortunately, is not small.

If you drop the ball and you have a product or service fail during the collaboration, you run the risk of having a large amount of bad exposure and PR.

That large audience of people that you’re reaching?  Well, they’ll set your brand ablaze on social media, and depending on how vulnerable your influencer is, they too may take action that could be to your brand’s detriment.

And before you know it, journalists are involved and online articles are flying left-right-and-center.

The internet will burn your brand to ash.  Just like that.

Resurrecting your image after that?  I don’t know. Good luck?

I think the message here is really to create awareness of the magnitude of the impact should things go wrong.

It comes down to ensuring you have eliminated as much risk as possible through quality control measures well ahead of engaging with a macro influencer.

If you’re not that confident yet, scale your strategy down to micro-influencers so you have a chance to work on those final stitches before going big.

Maco-influencer profiles are commonly characterized by low engagement rates, unlike micro-influencers that are known to outperform this metric.

This is due to obvious challenges such as capacity limitations around responding to comments and DMs.

If thousands of followers respond to a post with questions, the influencer does not have the capacity to personally engage with every commenter or person that sends them a private message.

This can be a dealbreaker, especially if your brand requires engagement support from your influencer.

Also, depending on the size of the macro influencer, the low engagement rates may not add up to the numbers your brand is targeting for the campaign.

Whereas, with some super macro influencers with tens or hundreds of millions in followers, even if they have really low engagement rates, the numbers may still work effectively for your brand.

To extend on the previous point, in light of the high number of followers, macro influencers tend to lack a personal relationship with their audience.  This could have an effect on the actual quality of influence.

Whereas on the other hand, if you consider micro-influencers, they have very strong personal relationships with their followers that if a call-to-action is dropped their audience is more likely to take action.

So the consideration here is doing the math with your potential macro influencer to determine if the engagement numbers will serve your brand’s campaign needs.

Macro influencers usually have a general audience demographic – likely spread across the world.  With no real concentrated demographic of people that are interested in a particular niche.

This means that if your product or service is very specialized, a macro influencer may not be an effective channel for you to reach your precise potential customers.

Also, it may be difficult to determine the purchase behavior of the macro influencer’s followers because their audience can be too broad – unless they can show for previous collaboration performance reports.

Consideration:  The Types of Macro Influencers

Why is this important to consider?

Well, your brand may have particular needs that may only be fulfilled through a particular type of macro influencer.

For example, if you’re looking for a household name to be the “face of” your brand then a celebrity macro influencer will be an ideal fit.

And if you’re looking to partner with someone that will creatively inspire a campaign, a self-made macro influencer may produce wonders for your brand.

Will Your Brand Make Millions with Macro Influencers?

With iconic collabs like the Adidas x IVY PARK, we can see the powerhouse potential of partnering with macro influencers to boost your sales and marketing.

If your brand is looking to reach macro influencers, signup with Afluencer to receive regular roundups and gain brand exposure to power your influencer marketing.