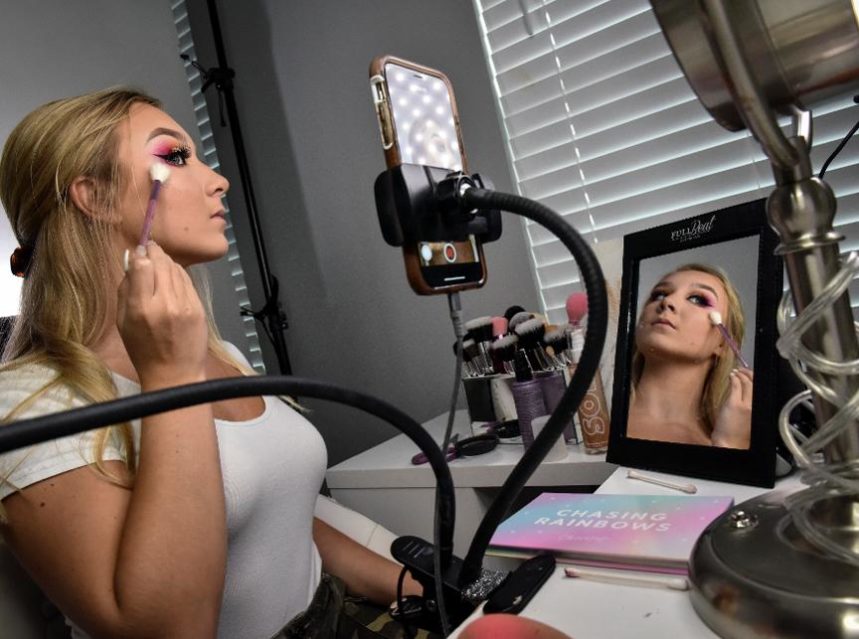 On Monday, Facebook, Instagram’s parent company, revealed the key reasons to how your Explore tab is individually catered to your interests — well interests developed from “an AI system based on a highly efficient 3-part ranking funnel that extracts 65 billion features and makes 90 million model predictions every second.”

The blog post is technically written and doesn’t contain many surprises, but it provides insight into how certain things — good and bad — are being pushed through a user’s Explore feed.

If you’re just wanting to know how to craft a better Explore tab for yourself, start interacting with it, but be careful. If you don’t want to see certain types of posts, click the three dots in the top right corner of a post and click “see fewer posts like this.” If there are types of posts you want to see more of, interact with them by commenting, liking, watching the full video, saving it, or expanding the caption. The algorithm will notice.

Now for the breakdown of the Explore AI.

Throughout the post, the social media network reiterated on how large the platform is and the vast amount of information and interests it hosts “with topic varying from Arabic calligraphy to model trains to slime.”

In order to sift through the “billions of high-quality pieces of media on Instagram,” the Explore AI specifically focuses on what accounts a user interacts with. By focusing on the account as a whole, rather than the individual post, the algorithm is able to identify accounts that are “topically similar to each other.” The diagram below breaks this process down a bit more.

From the linking of accounts to each other based on common themes like weddings or travel or food, the algorithm records the interactions users have with the posts, and the model is able to learn and produce the best possible content for users’ Explore feed. The AI breaks billions of posts down to a relevant 500 posts, then uses the strategies above to cut it to 150, then it picks the 50 “highest-quality and most relevant” posts, then it uses the final model to get the top 25 of those 50, which make up the first page of the Explore grid.

“Setting up the distillation model’s mimicry behavior minimizes the need to tune multiple parameters and maintain multiple models in different ranking stages,” the post reads. “Leveraging this technique, we can efficiently evaluate a bigger set of media to find the most relevant media on every ranking request while keeping the computational resources under control.”

Additionally, the AI filters for inappropriate or misinformed content the best it can. “We want to make sure the content we recommend is both safe and appropriate for a global community of many ages on Explore,” the post reads. “Using a variety of signals, we filter out content we can identify as not being eligible to be recommended before we build out eligible inventory for each person. In addition to blocking likely policy-violating content and misinformation, we leverage ML systems that help detect and filter content like spam.”