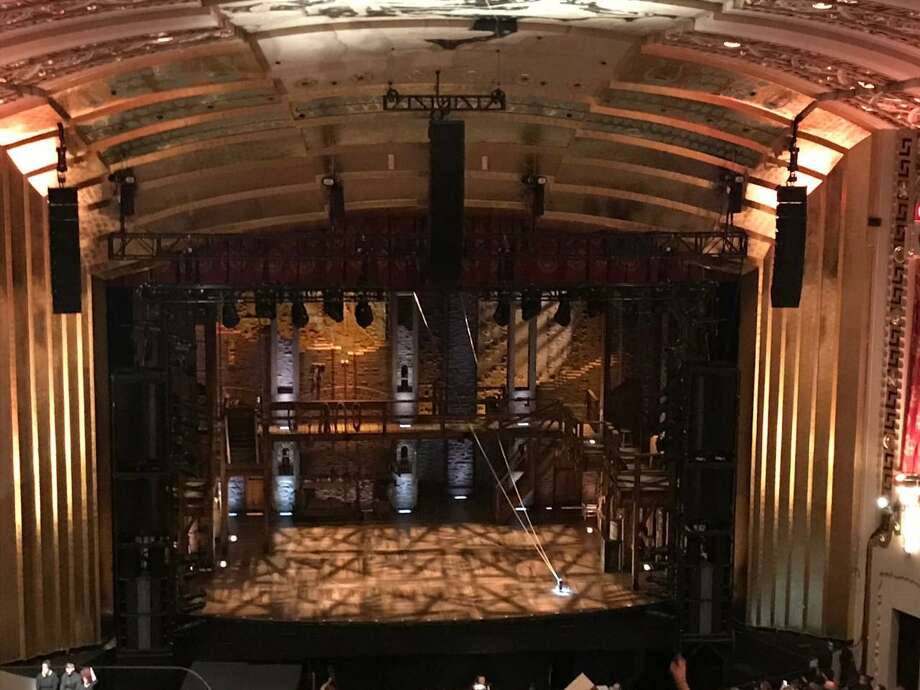 
The set for play “Hamilton” as it appeared during its run at the Bushnell Performing Arts Center in Hartford in December 2018.

The set for play “Hamilton” as it appeared during its run at the Bushnell Performing Arts Center in Hartford in December 2018.


Tourism business in Connecticut is coming up big, study finds

Connecticut’s tourism industry is proving to be a silver lining in the dark clouds that appear to be gathering around the state’s economy.

“We do it to educate and impress upon the legislature and the general public the value of tourism on the Connecticut economy and its health,” Fiveash said of the study, which is produced every two years. “This was one of the strongest years in the past decade.”

The study — which was produced by Tourism Economics, an Oxford-based research firm — also found that tourism in Connecticut:

– Resulted in a total of 84,254 jobs directly supported by tourists visiting the state, the seventh consecutive year tourism employment has increased. That figure increased to 123,500 jobs when direct and indirect employment are taken into account.

– Is the eighth largest employment sector in the state.

– Produced a 3.6 percent increase in tourism spending on recreation, food and beverage, lodging, retail as well as local and air transportation, the strongest rate of increase since 2011.

David Kooris, deputy commissioner of the state Department of Economic and Community Development, said tourism benefits “many different industries in all corners of the state and driving tax revenues that fund various statewide needs.” The state’s Office of Tourism is a division of DECD.

With the Connecticut General Assembly 2019 legislative session ending in early June, the study also provides a reminder on how the amount the state government spends to promote tourism has fluctuated over the years.

Fiveash said the department’s current fiscal year budget is $4.1 million. Gov. Ned Lamont’s administration is proposing that the state spend $4.3 million promoting tourism in the next fiscal year, which begins in July.

Fiveash took his current position in November 2008, shortly before then Gov. M. Jodi Rell cut the state tourism budget from $1 million to $1. Two years later, under the administration of Gov. Dannel Malloy, the department’s budget increased to $15 million, the highest point it has been since Fiveash became tourism director.

“Even though what we have is lower than it has been in the past, we have been very efficient in what we do,” he said.

Fiveash’s office earlier this year published its 2018 Tourism Marketing Review, which showed key targets that were exposed to the state’s digital tourism advertising visited Connecticut six times more frequently and stayed three-and-half times longer—than those who had not seek it.

The state’s tourism marketing web site received an historic 5.4 million visits in 2018 and drove over 3 million referrals to tourism destinations, according to Fiveash. The referrals figure covers pone calls and clicks on tourism destinations’ web sites as well as e-mails to those business, he said.

“Our statewide tourism marketing is working, but we’re always looking for new ways to work with our partners to improve and build longer-term awareness of Connecticut as a place to visit,” he said “We welcome input from stakeholders across the state as we identify ways to better share with potential visitors the places and events that we know make Connecticut so great.”

Release of the study’s results comes in advance of this year’s Connecticut Conference on Tourism, which is being held Wednesday at the Connecticut Convention Center in Hartford.