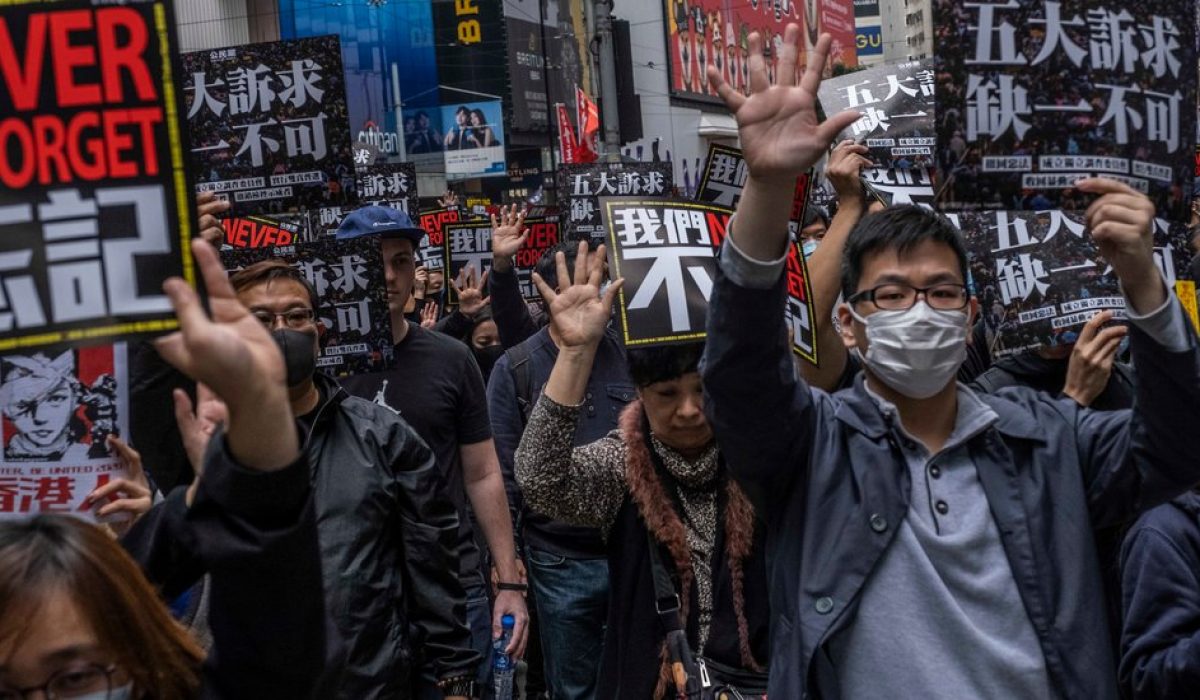 OAKLAND, Calif. — China has stepped up its effort to spread disinformation on Twitter, creating tens of thousands of fake accounts that discussed protests in Hong Kong and the Communist Party’s response to the coronavirus, Twitter said on Thursday.

The company said it had discovered and removed 23,750 accounts that were “highly engaged” in a coordinated effort to spread disinformation. Twitter said it also took down about 150,000 accounts that were dedicated to boosting China’s messages by retweeting and liking the content.

Twitter’s findings were consistent with a recent New York Times analysis of roughly 4,600 accounts that engaged with Chinese leaders on Twitter. The Times found hundreds of accounts with underdeveloped personas that appeared to operate solely to cheer on and amplify China’s leading envoys and state-run news outlets.

The Trump administration has sparred with Beijing over the pandemic, saying that China mishandled the outbreak, which is believed to have started in Wuhan. Chinese officials on Twitter have fought back, suggesting without evidence that the virus originated in the United States.

Until early February, for example, the Twitter accounts accused Hong Kong protesters and pro-democracy activists of overhyping the threat of the virus and using rumors as “panic bullets.”

But as the extent of the outbreak became clearer, the narrative shifted. In March, the accounts praised China as a “responsible big country” and called on the United States to “put aside political bias” so it could learn from China’s response, according to an analysis of the accounts by Stanford’s Internet Observatory.

At a daily news conference on Friday, Hua Chunying, a spokeswoman for China’s Foreign Ministry, criticized Twitter for leaving untouched posts that accused China of creating the coronavirus as a bioweapon.

“China’s efforts and achievements in fighting the coronavirus epidemic are real and obvious to all,” Ms. Hua said. “Apart from those with extreme malice who slander China, the unbiased people of the international community can all see it clearly and hold a high degree of approval.”

The accounts were uncovered in recent weeks, soon after they were created, and were generally not sophisticated enough to fool a viewer into believing they were operated by real people, Twitter said.

Twitter detects coordinated campaigns in part by observing how users log in to their accounts. A user logging into many accounts from the same web address could be a sign of coordinated activity. Twitter has traced previous Chinese campaigns by observing that some of the accounts used Twitter from specific unblocked internet protocol addresses. Because Twitter is not permitted in China, an unblocked address can hint that the accounts are acting with government approval, the company said.

“Persistent, covert and deceptive influence operations like this one demonstrate the extent to which the party-state will target external threats to its political power,” said Fergus Hanson, the director of the International Cyber Policy Center, Australian Strategic Policy Institute, who worked with Twitter to discover the accounts.

Although China has begun to copy the disinformation playbook laid out by Russia during the 2016 presidential election in the United States, it has yet to refine its efforts. A batch of more than 200,000 accounts that was removed from Twitter and Facebook in August 2019 revealed a similar lack of developed personas, making them easier to spot.

Few of the accounts recently removed by Twitter managed to gain more than 10 followers on the platform before they were removed. Many of them did not have biographical statements — a way that Twitter users tell other users about themselves — and some of the accounts tweeted in Russian as well as Chinese.

READ ALSO  Managing Your Business Website with Google for Work

Despite its lack of sophistication, the campaign showed that China is persistent and becoming more aggressive in its use of social media platforms to spread propaganda, researchers said.

“China has, especially over the last year and a half in response to Taiwan’s elections and the Hong Kong protests, shown an increasing willingness to be aggressive with its online influence operations,” said Graham Brookie, the director of the Atlantic Council’s Digital Forensic Research Lab.

While China has increased its efforts, Russia and other nations have not halted their online influence operations. Twitter said it also removed smaller batches of accounts from Russia and Turkey that were engaged in disinformation campaigns.

It took down 1,152 accounts associated with the Russian media website Current Policy, which Twitter said was engaged in “state-backed political propaganda.” The accounts promoted content that praised the United Russia party and attacked political dissidents.

Twitter also removed 7,340 accounts that it traced to the youth wing of AK Parti, the conservative party in Turkey that is led by President Recep Tayyip Erdogan. The accounts posted and amplified messages that were favorable to the party and the president, while also engaging in cryptocurrency-related spam.

Some of the accounts that Twitter removed were affiliated with groups that criticized President Erdogan and the Turkish government. Those accounts had been repeatedly hacked and compromised by state actors, Twitter said.