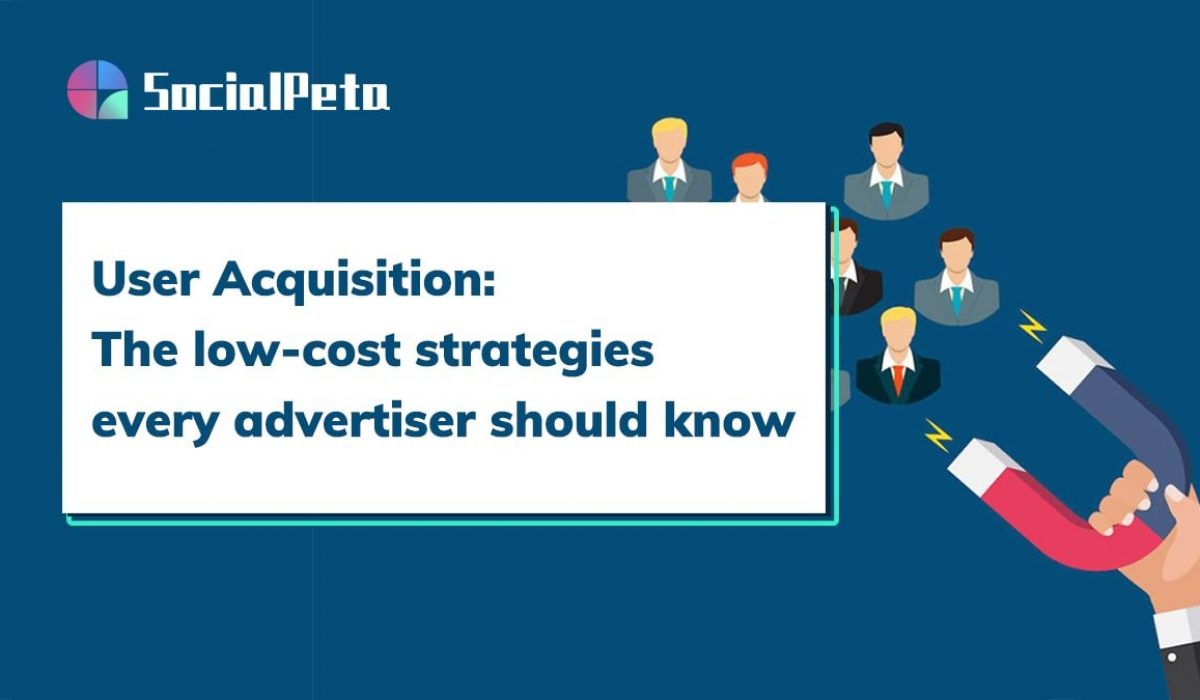 As the name suggests, user acquisition is the process of acquiring new users for any online venture, either it’s a game, application, or some online service. If we talk specifically about mobile game marketing, user acquisition (UA) is the strategy to get more installs. This can be done via paid advertising or any other organic mean; the goal is to market the game to get new users.

According to the reports by SocialPeta – one of the best advertising intelligence tools, user acquisition is a continual process. Why do we say so? Let’s take the example of Clash of Three Kingdoms, a game that falls in a very competitive niche but is still maintaining its position at the top of SocialPeta’s advertising impression chart. We can say that user acquisition is continual hard work from the marketing team.

We can see that the company Heyshell HK Limited (the publisher of Clash of three kingdoms) is continually investing since 2014 to acquire new users. That’s the reason they have generated a massive success with the number of impressions as high as 246 million.

Are you thinking of acquiring new users for your mobile application or game as well? Let’s have a look at some of the strategies!

The Most common user acquisition strategies for a mobile game:

Defining your target audience is one of the essential things that you can do for your mobile game. You need to specify who will be interested in your game and target only those people to optimize your marketing budget. Don’t be afraid to narrow down your audience and to take inspiration from your past advertising campaigns or the campaigns of other people. You can find the detailed target audiences of your niche using tools like SocialPeta. It’ll also be great if you test your audience using a small budget before launching a proper campaign.

Use the Right Acquisition Channel:

It would be best to find the right user acquisition channel according to the marketing budget and your audience’s presence. You can assess your competitors for this; all you need is to find what they are doing and replicate the process with some creativity. Alternatively, you can try testing with a small budget on different channels and select the one that gives more return on investment (ROI).

An adequately produced advertising video can do wonders. You can either use gameplay capture as an ad creative or create some other creative video to engage your audience. The purpose is to make them install the game.

Who doesn’t like free downloads for their mobile game? App store optimization is an excellent way of user acquisition without spending money on advertisements. Before diving into ASO, you first need to analyze your keywords and the competition level for those keywords. It’s better to find and use as many low competition keywords as you can for your mobile game because it will help in easier ranking.

Each of the above-mentioned user acquisition methods needs a cost control check if you want a good ROI. Let’s talk about the importance of cost control in acquiring users to control the cost of our advertising campaigns.

A good game design is a basis for user acquisition. A visually appealing game can make the users install the game and get addicted to it, so it’s better to develop quality graphics for your mobile game. Let’s take some words of advice from popular companies. Based in Brisbane, Australia, Spunge Games was founded in 2014 and initially began developing casual titles before moving on to hyper casual. The studio has released seven games and has amassed an estimated 80 million downloads worldwide.

A game needs a lot of quality tests before being listed on the market places for users. Here is what Fludder said about testing.

This seems hectic? But this is the truth! A game must pass through these quality tests in order to be launched in such a competitive market. Game development companies are looking for cost-effective techniques to develop, test, and market the games.

SocialPeta, which has a massive advertising database and technical capabilities, knows the current plight and anxiety of the enterprise and quickly responds to upgrade its cost intelligence function in a short period of time. With millions of ad creatives and other ad data, SocialPeta is undoubtedly an all in one solution for building a user acquisition strategy for mobile games.

Speaking of the importance of cost control, Let’s take the example of the Tapped Studio from the UK, run by two brothers. They developed the hyper-casual game Scribble Rider that was published by Voodoo. The game got massive success in as few as 45 days. It successfully dominated the United States iOS game ranking and made its place in the top positions.

The team also proved that the casual game could hit the sky with a proper strategy and interactive development even though the team is small and the budget is low. All it needs is a good understanding of cost intelligence.

The gameplay of Scribble Rider did not come up from the beginning but was verified by the CTR test and then improved step by step until the CTR reached 10%.

Using SocialPeta’s Creative Search & Analysis function, we have found the following ad creative, which shows a Million impressions on Facebook. We can see that there is no visual interference, allowing users to focus on what is happening. The ad creative also helps in a quick understanding of gameplay. This is the key point for them to reach 10% CTR.

You might be thinking that how can you know if your game has the potential to generate such a high CTR? Worry not! SocialPeta can answer this question. SocialPeta can help you analyze global average CTR in the different game genres and advertising channels.

You can also refer to this average to estimate your CPI. We know that when the CTR reaches 5%, the game has a 45% probability of getting a score of fewer than 20 cents in the subsequent CPI test. Of course, this is a rough probability. Moreover, in addition to analyzing the CTR average, SocialPeta also supports analyzing the key index of cost intelligence such as CPC, CPA, and CPI. The cost analysis of specified audience interests is also available.

Besides the key index of cost intelligence, there are a few interesting questions that are always present — especially when launching a new game — and are not easy to answer if you are responsible for user Acquisition budgets:

· What is the average indicator of market cost?

· How to adjust the advertising cost strategy?

· What is the change in trends in the advertising costs?

To answer the above questions, let’s take a look at SocialPeta’s latest released report: Mobile Games 2020 Insights into Global Media Buy and Creative Advertising. We made the following excerpts about the advertising cost analysis of the Facebook channel in Q3：

CPC had been relatively stable and showed a gradual rise since late September, then peaked at $1.01 by the end of the month.

CPM did not change much in July and August, remaining at around $4.6. But there was a sharp decrease on September 14th, and the figure peaked at $7.68 by the end of the month.

CPI was relatively high in the middle of the season, with the highest value at approximately $6.68.

CTR fluctuated but showed an upward tendency throughout Q3, peaking at 0.87% in early September.

In SocialPeta‘s powerful AdCost Analysis, you can select the advertising channel, category, placement, call to action, operating system, date range, and country to find out the best estimation for the CPC, CPM, and CTR. Demographics data is also available. Moreover, advanced filtering is available to filter your results and find the best cost according to your query.

Thus, we can say that SocialPeta is the ultimate solution for your user acquisition marketing. It can help find the target audience, the keywords, ad creatives, demographics, cost, and what not!