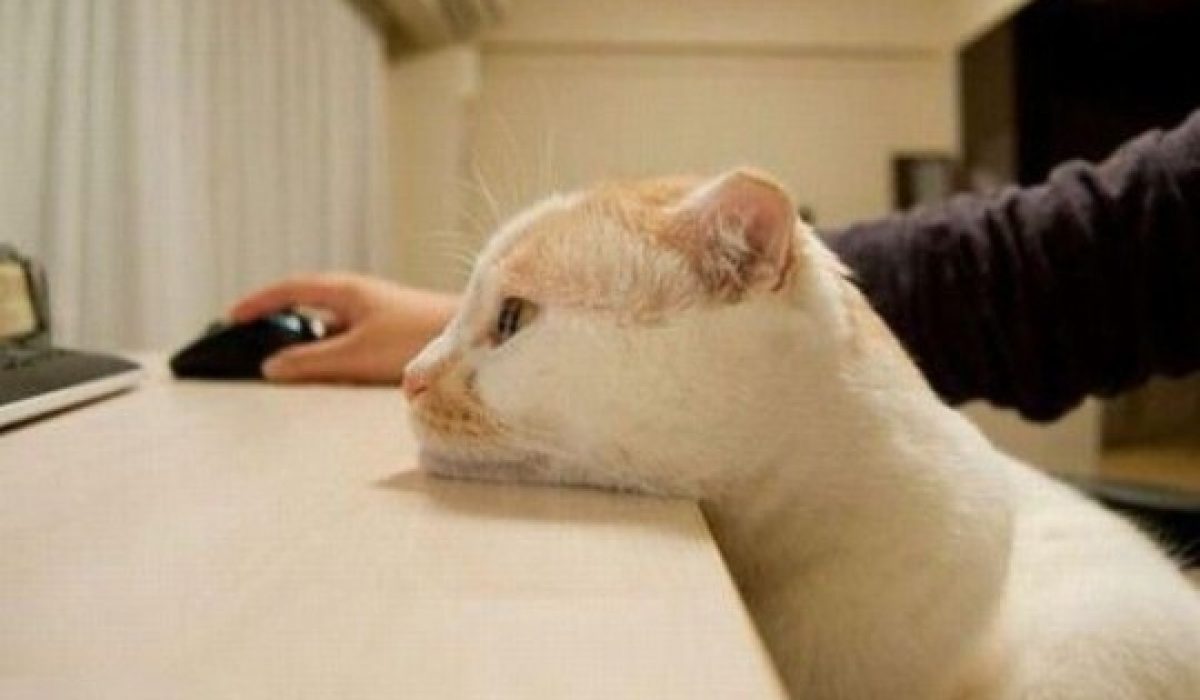 (This is a personal post so if that isn’t your thing then you should move on.)

2016 was the year where things went back to normal. My cancer was in remission, family life was great and business was booming. But that ‘normal’ created issues that are rarely discussed. Managing success is harder than I expected. I made it. Blind Five Year Old is a success. Even through my chemotherapy, I kept the business going without any dip in revenue. Looking at the numbers, I’ve had the same revenue four years in a row. That’s a good thing. It’s a revenue figure that makes life pretty darn comfortable.

It wasn’t always like this. Back in 2010 I was always waiting for the other shoe to drop. Even as I put together back-to-back years of great business revenue I still had that paranoia. What if things dried up? But in 2016, cancer in the rear view, I felt bulletproof. The result? I was restless and, at times, unmotivated. You don’t hear a lot about this topic because you feel guilty talking about it. You’ve got to figure you’re going to come off like a douchebag complaining about success when so many others are struggling.

I’ve been dealing with that not just in writing about it but in living it too. While I’ve never been poor, I’ve often lived paycheck to paycheck. At one point I was out of work and $25,000 in debt.

My wife and I lived in an apartment for 10 years, saving like crazy so we could buy a house in the Bay Area. And once bought, we were anxious about making it all work. I had nightmares about being foreclosed on.

But we made it. I worked hard to build my business and we made smart moves financially, refinancing our mortgage twice until we had an amazing rate and very manageable mortgage payment. My wife was the backbone of the household, keeping everything going and making it easy for me to concentrate on the business.

For a long time it was all about getting there – about the struggle. Even as the business soared we then had to tackle cancer. Now, well now things are … easy. It’s strange to think how easy it is to just … buy what you want. Now, I’m not saying I can run out and buy my own private island. I’m not super-rich. But I’m not concerned about paying the bills. I’m not thinking whether I can afford to give my daughter tennis lessons or get my wife a leather jacket or buy a new phone. I just do those things.

And that feels strange … and wrong in some ways. Because I know that life isn’t like this for the vast majority.

Of course, I can rationalize some of this by pointing to my work ethic, attention to detail and willingness to take risks. No doubt I benefited from some friendships. I didn’t get here alone. But that too was something I cultivated. I try not to be a dick and generally try to be helpful.

But it’s still unsettling to be so comfortable. Not just because I keenly feel my privilege but also because it saps ambition. When you’re comfortable, and feeling guilty about that, you often start to look for the next mountain to climb. I think that’s human nature. If you’ve made it then you look around and ask, is that all? Am I just going to keep doing this for the next twenty years?

For me, this presents a bit of a problem. I’m not keen on building an agency. I know a bunch of folks who are doing this but I don’t think it’s for me. I don’t enjoy managing people and I’m too much of a perfectionist to be as hands off as I’d need to be.

I took a few advisor positions (one of which had a positive exit last year) and will continue to seek those out. Perhaps that’s the ‘next thing’ for me, but I’m not so sure. Even if it is, it seems like an extension of what I’m doing now anyway. In the last few months I’ve come to terms with where I am. There doesn’t necessarily need to be a ‘second act’. I like what I do and I like the life I’ve carved out for myself and my family. If this is it … that’s amazing.

I remember keenly the ‘where do you see yourself in five years’ question I’d get when interviewing. Working in the start-up community, I never understood why people asked that question. Things change so fast. Two years at a job here is a long time. Opportunities abound. Calamity can upset the applecart. Any answer you give is wrong.

I’m not saying I’m letting the random nature of life direct me. What I’m saying is more like an analogy from basketball. I’m no longer going to force my shot. I’m going to let the game come to me. But when it does I’ll be ready to sink that three.

So how do you stay ready? That to me is the real issue when you reach a certain level of success. How do you keep going? How do you stay motivated so you’re ready when the next opportunity comes up?

There’s a real practical reason to keep things going right? The money is good. I’m putting money away towards my daughter’s college education and retirement. Every year when I can put chunks of money away like that I’m winning.

But when you’re comfortable and you feel like you’re on top of the world it’s hard to get motivated by money. At least that’s how it is for me. To be honest, I haven’t figured this one out completely. But here’s what I know has been helping.

Believe In Your Value

Over the last few years there’s been a surge in folks talking about imposter syndrome. While I certainly don’t think I’m a fraud, there’s an important aspect in imposter syndrome revolving around value.

I’m not a huge self-promoter. Don’t get my wrong, I’ll often humble brag in person or via IM and am enormously proud of my clients and the success I’ve had over the last decade. But I don’t Tweet the nice things others say about me or post something on Facebook about the interactions I have with ‘fans’. I even have issues promoting speaking gigs at conferences and interviews. I’m sure it drives people crazy.

What I realized is that I was internalizing this distaste for self-promotion and that was toxic.

That doesn’t mean you’ll see me patting myself on the back via social media in 2017. What it means is that I’m no longer doubting the value of my time and expertise. Sounds egotistical. Maybe it is. But maybe that’s what it takes.

Give Me A Break Going hand in hand with believing in your own value is giving yourself a break. I often beat myself up when I don’t return email quickly. Even as the volume of email increased, and it still does, I felt like a failure when I let emails go unanswered. The longer they went unanswered, the more epic the reply I thought I’d need to send, which meant I didn’t respond … again. #viciouscycle

A year or so ago I mentioned in an email to Jen Lopez how in awe I was at the timely responses I’d get from Rand. She sort of chided me and stated that this was Rand’s primary job but not mine. It was like comparing apples and oranges. The exchange stuck with me. I’m not Superman. Hell, I’m not even Batman.

I do the very best I can but that doesn’t mean that I don’t make mistakes or drop the ball. And that’s okay. Wake up the next day and do the very best you can again. Seems like that’s worked out well so far. All of my work is online. That’s just the nature of my business. But I find that taking care of some offline tasks can help to rev the engine and get me going online. Folding my laundry is like Liquid Draino to work procrastination.

I don’t know if it’s just getting away from the computer or the ability to finish a task and feel good about it that makes it so effective. I just know it works.

In 2017 I’ve also committed to getting back into shape. I’ve been inspired by my friend Chris Eppstein who transformed his body and outlook in 2016. It’s important to keep moving so I’ll be on my elliptical and out on the tennis court a lot more often this year.

I’m grateful for where I am in my life. I know I didn’t get here alone. My wife is simply … amazing. And I’m consistently stunned at what my daughter says and does as she grows up. And it’s great to have my parents nearby.

There have also been numerous people throughout my life who have helped me in so many ways. There was Terry ‘Moonman’ Moon who I played video games with at the local pizza place growing up. “You’re not going down the same road,” he told me referring to drugs. There was Jordan Prusack, who shielded me from a bunch of high school clique crap by simply saying I was cool. (He probably doesn’t even remember it.)

In business, I’ve had so many people who have gone out of their way to help me. Someone always seemed there with a lifeline. Just the other day I connected with someone and we had a mutual friend in common – Tristan Money – the guy who gave me my second chance in the dot com industry. I remember him opening a beer bottle with a very large knife too.

Kindness comes in many sizes. Sometimes it’s something big and sometimes it’s just an offhand comment that makes the difference. My life is littered with the kindness of others. I like to remember that so that I make it habit to do the same. And that’s as good a place to stop as any.