Remkus is Manager Partnerships at Yoast and also focusses on our Translate Yoast site. Additionally, he works on the WordPress Project organizing and mentoring WordCamps. 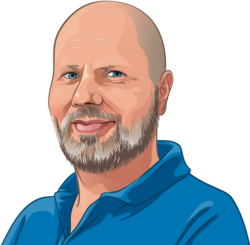 We have a big week ahead of us! WordPress 5.1 will be released this week and with it comes a lot of improvements for the Block Editor as well as a whole bunch of other improvements. I’m also updating you on Gutenberg phase 2. And of course, there are some bonus links as well. Let’s dive in!

WordPress 5.1 slated for this week

It’s only been a little over two months since WordPress 5.0 was released, but the next release, WordPress 5.1, has been progressing very nicely. So well, in fact, that it’s slated for the February 21st. That’s this week!

WordPress 5.1 will add a nice set of improvements such as Site Health notices, version 4.8 of the Gutenberg plugin which comes with a lot of improvements to the Block Editor. But, wait, there’s more! It will also have Multisite Support for Site Metadata, Cron improvements, a new JavaScript build process, and updated styles and text strings. Additionally, there are a lot of under the hood improvements. All of which you can find in the WordPress 5.1 Field Guide, published on Make WordPress Core.

As soon as WordPress 5.1 is released, we’ll see continued work happening on features for WordPress 5.2. This will include things like Gutenberg performance and UX improvements, Core Widgets converted to blocks (Gutenberg Phase 2), PHP Fatal Recovery (WSOD), and a further improved version of the Site Health Check.

READ ALSO  How to select the best caching solution for WordPress

Gutenberg Phase 2 is well underway with converting Core Widgets into Gutenberg blocks. Phase 2 also includes converting the current Navigation menu into a Navigation block solution. The Navigation block is currently being discussed and there are mockups in GitHub that would benefit from your feedback. Go check them out and let your voice be heard.

Here’s list of a few interesting things I came across this past week:

One of my favorite debugging tools has been updated. Query Monitor 3.3 now has new features that introduce related hooks section for each panel, allows for debugging of wp_die() calls, support for debugging JavaScript translation files. And my personal favorite, we now have the ability to move the panel to the side of your window.

Gutenberg Blocks Design Library is a new plugin that provides pre-built page designs using only the default core blocks that come with WordPress. There’s a free version that comes with 50 different designs that users can import from the growing library.