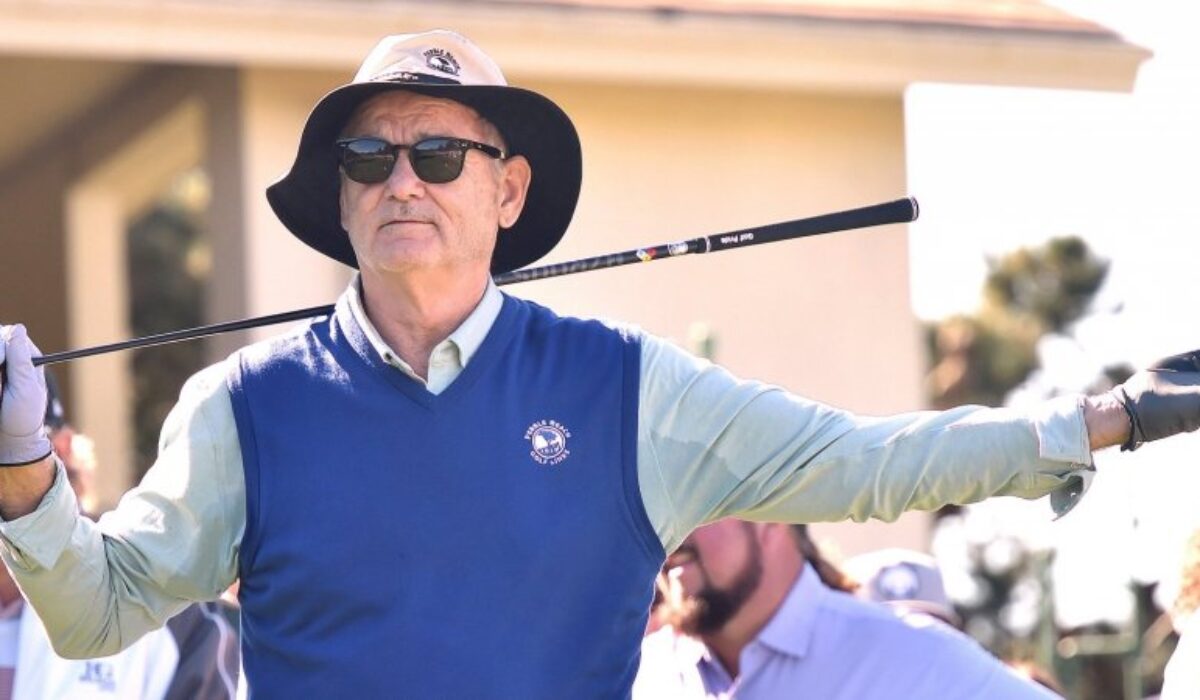 How cool is Bill Murray?

His best movie: Caddyshack, followed by Stripes, then maybe Lost in Translation. (Although, have you seen St. Vincent?)

Still, the role he’ll forever be associated with is probably weatherman Phil Connors in Groundhog Day.

Oh right, Groundhog Day. It’s today. In its honor (and the hope that this interminable winter will finally, um terminate), here are 13 incredibly awesome Bill Murray quotes, most (but not all) of them from his various Reddit IAmA sessions.

HAPPY BIRTHDAY TO YOU NN76…

–In response to a redditor with the name NN76, during Murray’s Reddit Ask Me Anything chat.

And I met one person who said I couldn’t find anything to cheer me up and I was so sad. And I Just watched Caddyshack, and I watched it for about a week and it was the only thing that cheered me up.”

–In response to the question, “‘What did you whisper in Scarlett Johansson’s ear at the end of Lost In Translation?”

–In response to a fan who wrote, “You are absolutely amazing!!! I love you.“

–in response to a Redditor who asked what it’s like to be awesome.

“My favorite place to play golf is in Ireland. that’s where my ancestors come from, and it’s the most beautiful country to play golf in, and when you come as a guest to play golf you are treated like a king.”

–I mean, he stared in Caddyshack, right? Natural question.

“I don’t think so. I had a hilarious experience with Garfield. I only read a few pages of it, and I kind of wanted to do a cartoon movie, because I had looked at the screenplay and it said “Joel Cohen” on it. And I wasn’t thinking clearly, but it was spelled Cohen, not Coen. I love the Coen brothers movies. I think that Joel Coen is a wonderful comedic mind.”

–On how he wound up in the Garfield movie. Specifically, when asked, “will there be a Garfield 3?”

“There’s only a couple times when fame is ever helpful. Sometimes you can get into a restaurant where the kitchen is just closing. Sometimes you can avoid a traffic violation. But the only time it really matters is in the emergency room with your kids. That’s when you want to be noticed, because it’s very easy to get forgotten in an ER. It’s the only time when I would ever say, ‘Thank God. Thank God.’ There’s no other time.”

–On what it’s like to be famous (from an interview with Esquire).

“The script is one of the greatest conceptual scripts I’ve ever seen. It’s a script that was so unique, so original, and yet it got not acclaim. To me it was no question that it was the greatest script of the year. To this day people are talking about it, but they forget no one paid any attention to it at the time.”

–On what it was like to be in Groundhog Day.

“As I once said to one of my brothers, ‘This is your life, not a rehearsal.’ Somewhere there’s a score being kept, so you have an obligation to live life as well as you can, be as engaged as you can. The human condition means that we can zone out and forget what the hell we’re doing. So the secret is to have a sense of yourself, your real self, your unique self. And not just once in a while, or once a day, but all through the day, the week and life. You know what they say: ‘Ain’t no try, ain’t nothing to it but to do it.'”

READ ALSO  Get to Know your Customers with AWeber, Zapier, and Typeform

“My brother Brian was my first great influence. He made much of what I am possible. To this day, if I have a question about something ethical or about being an actor or entertainer or a person or something like that, he’s a person who helped form me. Shooting scenes with him is delightful. The idea that the two of us get to entertain is a kick.”

–on working with his brother, Brian Doyle-Murray.

“Invisibility!”
–In answer to, “If you were a superhero what would be your power?“

“If you have someone that you think is The One, don’t just sort of think in your ordinary mind, ‘OK, let’s pick a date. Let’s plan this and make a party and get married.’ Take that person and travel around the world. Buy a plane ticket for the two of you to travel all around the world, and go to places that are hard to go to and hard to get out of. And if, when you come back to JFK … you’re still in love with that person, get married at the airport.”

–From when he crashed a bachelor party.