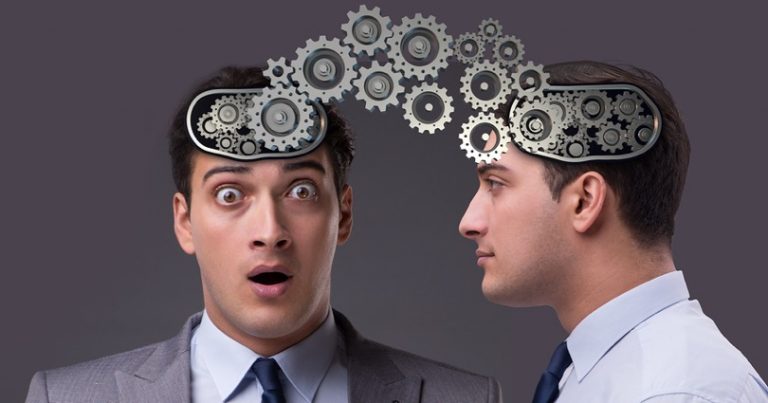 As marketers, we should understand the decision-making process of all consumers. As the economy grows and the choice of products increases exponentially, it’s more important now than ever to know why the customer chose brand A instead of a very similar brand B. Was it calculated? Was it random? Was it pricing, location, the color of packaging? All together?

Classical economic theories explain human behavior in a rational, mathematical way. They claim that customers choose the product that brings them the most utility: that is best for them and the cheapest one among its competitors. As marketers, we know that’s at least not always the case. Otherwise, advertising wouldn’t be as effective as it is. But psychologists know more – they know this is absolutely wrong. They know people are irrational, unreasonable and impulsive, and, most of all, they are horrible at maths, unlike what economists assume.

This post is an overview of some cognitive biases people rely on when making a decision, and a peek at which marketing ideas you can apply after discovering these biases. 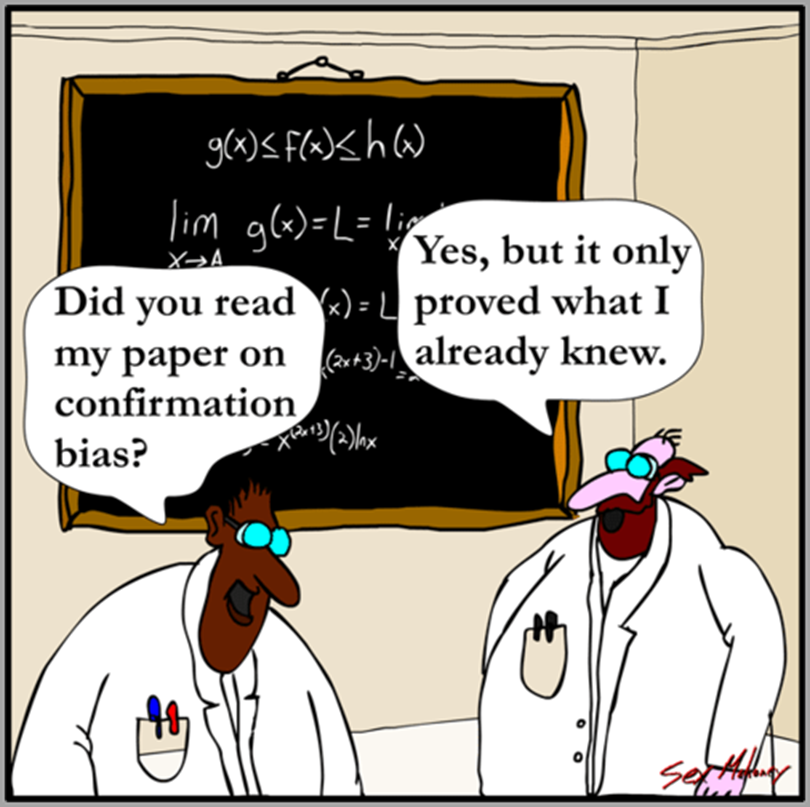 Our brains process information differently depending on how this information is framed initially. For example, you’ve got a colleague Mark. Like almost any human being, Mark is neither the best person you’ve ever met nor a terrible one. If you were asked “Is Mark a good person?”, your brain would instantly recall something nice Mark has done. You’d remember that he smiles a lot, he’s friendly, and he’s good at his job. You’d be more likely to reply to the question that Mark is a good person. However, if you were asked “Is Mark a bad person?”, different cases would come to mind. You’d recall how he took your sandwich once and how he smiled at an inappropriate joke – he probably is a rather bad person.

As unbelievable as it sounds, research shows you’ll make a different judgment of Mark’s personality depending solely on how the question is asked. And that’s just the beginning of the story!

People make highly important decisions based on which response is provided in the question asked. For example, the best single predictor of whether or not people will donate their organs is which box (opt-in or opt-out) is a default option. This happens because the decision is in a way already there, and our brains opt to confirm whatever they see. 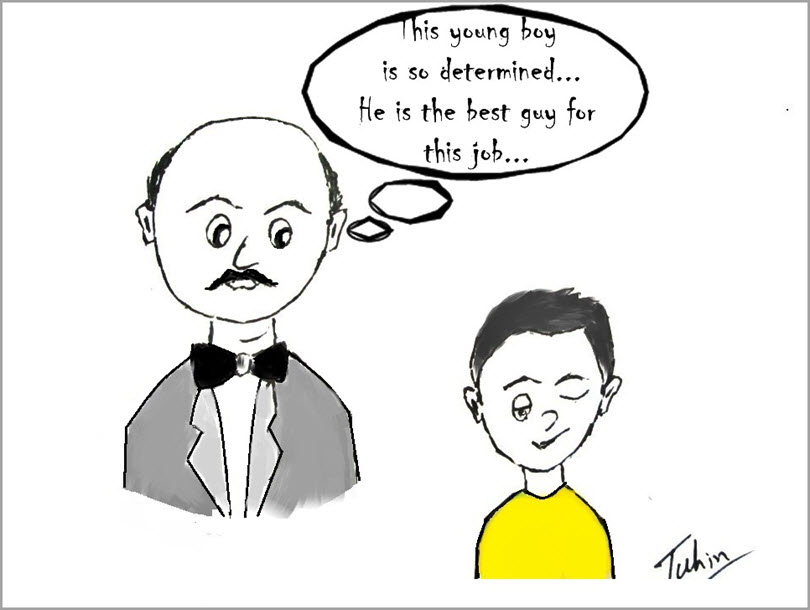 Halo effect is one of the best known cognitive biases. It occurs when one positive characteristic of a person (usually the characteristic we notice first) dominates the way we view that person as a whole.

For example, it was found that people judge a politician’s competence by combining their strength and trustworthiness. They decide the level of these characteristics by looking at the politician’s face. It should combine a strong chin with a slight confident-appearing smile, and people will readily conclude that the person is competent. Obviously, there is no evidence that these facial features predict how well politicians will perform in office.

Other studies also show that attractive individuals are rated higher when it comes to judging their intelligence, job status, parent skills, happiness, altruism, extraversion, and kindness compared to average-looking and unattractive individuals. Attractiveness indeed works like a halo. However, it’s not the only trait. When discovering a person is intelligent, people often proceed to think they are also kind, brave and have many other positive characteristics.

Many are aware of this bias, but, firstly, they still fall victim to it and secondly, underestimate the power of it.

In a famous example, the Economist offered three types of subscription options: 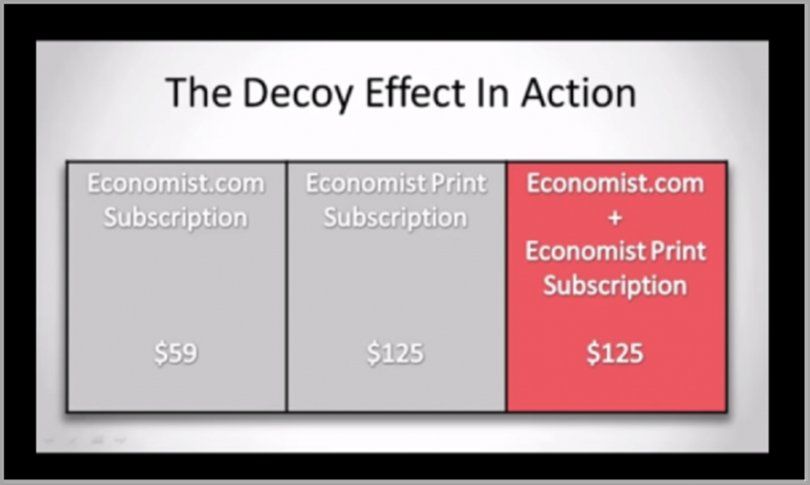 In Dan Ariely’s study on a student class, 84% chose the print and web subscription and only 16% chose web only. As expected, nobody chose just the print. If you relied on the classical economic theory, you’d conclude that people chose the best and cheapest option according to their preferences. If that’s right, taking away the print subscription wouldn’t change the final result. However, when the print-only option was taken away, only 32% ended up with the print+web subscription, while 68% chose web-only.

This is the decoy effect in a nutshell. It means introducing a third unattractive option that contrasts with one of the good ones and has an enormous effect on the final decision.

The decoy effect is known to be used a lot in retail – one house that is similar to another one but worse and more expensive is shown simply to let you know how bad life can get. As you can imagine, it can be used in absolutely any industry – it has been shown to increase sales of everything from chocolate bars to TV-sets. 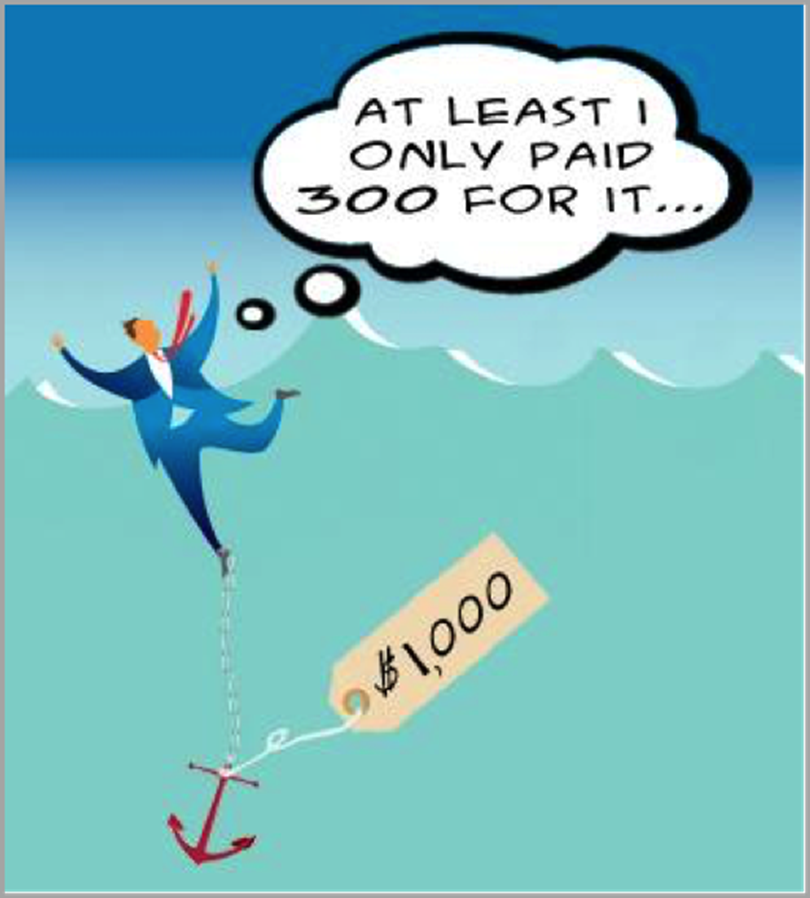 It’s very hard for our brains to make judgments in a vacuum. We always seek information to rely on, and, quite often, we find information that is completely irrelevant and rely on it anyway. All of this happens unconsciously and very quickly. In all of the experiments on cognitive biases, people claim that they weren’t affected by any external cues.

Brains tend to rely on whatever information was presented to them first. This piece of information is called an anchor. Anchoring, therefore, describes the tendency to use whatever information is provided first as a cue for making decisions. For example, when entering a furniture store you see a sofa for $3000, you’ll perceive other prices in relation to $3000. Not only the prices of sofas but everything else in the store. So, if next to the sofa you see a nice pillow for $90, it would seem cheap to you and you’re more likely to buy it even if in any other case, you wouldn’t spend more than $30 on a pillow.

The pioneering study on the anchoring effect showed that random social security digits when recalled first, can affect decisions on the amount of money one would spend on a keyboard. Similarly, different studies showed a robust anchoring effect in legal judgments, purchasing decisions, and negotiations.

READ ALSO  The Fundamentals to Finding and Maintaining Your Brand Voice

Anchoring is widely used in negotiations – the first offer is almost always different from what the person assumes to get or lose. However, it’s not that overused in marketing (which, to be fair, wouldn’t matter, as the anchoring effect still happens when the person is aware of it). The key thing is to present the first item anywhere with the inflated price. This could be the first sofa in a shop, the first bottle of wine on the menu, the ad for the best hotel on planet Earth next to the list of affordable hostels. The effect will be there.

People overreact to free products. They are ready to give up on utility value, logic, and preferences when something is offered for free. For example, if there’s a choice task with a “better” candy for 15 cents and a “worse” one for 1 cent, people are more likely to go with their preferences and choose the better candy. Similarly, if the price of a candy drops from 2 cents to 1 cent, they won’t care much. However, if the price drops from 1 cent to 0 – that’s when the demand skyrockets.

In experiments with different products, the reduction of a price to zero turned out to be more powerful than a five‐times‐larger price reduction that was within the range of positive prices. It’s as if people perceive the value of a free product as bigger than that of a paid product, which is wrong from the perspective of classical economic theory.

But as you can imagine, companies don’t enjoy giving out products for free (although, this has helped some brands to do quite well). Free products usually come together with a paid one, and this technique is heavily underused, considering how a free anything can completely shift the customer’s choice.

The name of the “free breakfast effect” comes from a recent experiment in the tourist applications of the effect. This field is quite new, so not much research has been done in general, and the following study remains groundbreaking. In it, researchers told participants to imagine they were going to spend a weekend in Valencia. They had a choice of a four-star Meliá hotel and a three-star Ibañez hotel. Participants initially preferred the first one (it’s a well-known hotel, while the other one is made up), but preference was easily shifted if the second hotel introduced a free breakfast. If breakfast was even as low as 2 euros, people didn’t pay any attention to it and went with their initial preferences.

This happens because free offers draw more attention and because people get strong positive feelings when they get something for free – even if it means making a less than clever judgment.

Cognitive biases don’t end here – you’ll never know which psychological attributes improve and which ones hurt your sales until you study the principles of human behavior. But the good news is, it pays off a lot to know how your customers’ minds work. For example, look at how Amazon used the knowledge of psychology to get successful. Similarly, you can then introduce minor changes in your marketing strategy that will have enormous effects on your ROI.