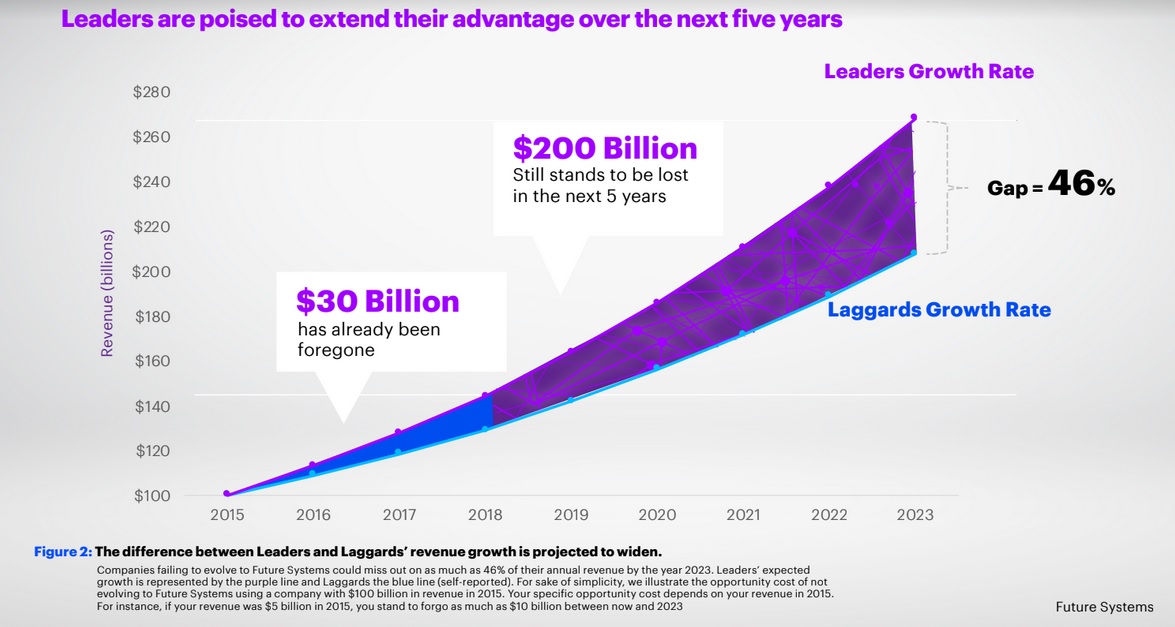 Companies that excel at scaling technology innovation generate double the revenue growth of laggards, according to a massive survey by consulting firm Accenture.

Accenture surveyed more than 8,300 organizations across 20 industries and 22 countries to reveal the connection between technology adoption and growth.

New York-based Accenture said the vast study sheds important light on the enormous impact that technology investment and adoption have on a company’s financial performance and, most notably, uncovers the technology methods and mindsets of companies that are industry leaders.

Accenture’s largest-ever study was designed to help companies understand and close the innovation achievement gap — the difference between potential and realized value from technology investments. It measures both mature technologies and emerging ones like artificial intelligence (AI), blockchain, and extended reality.

Tracking performance indicators between 2015 and 2023 (projected), the study identifies the relationship between technology adoption and value achieved, finding that leaders grow revenue at more than twice the rate of laggards. Moreover, in 2018 alone, laggards surrendered 15% in annual revenue, and stand to potentially miss out on an astonishing 46% in revenue gains by 2023 if they do not change their enterprise technology approach. 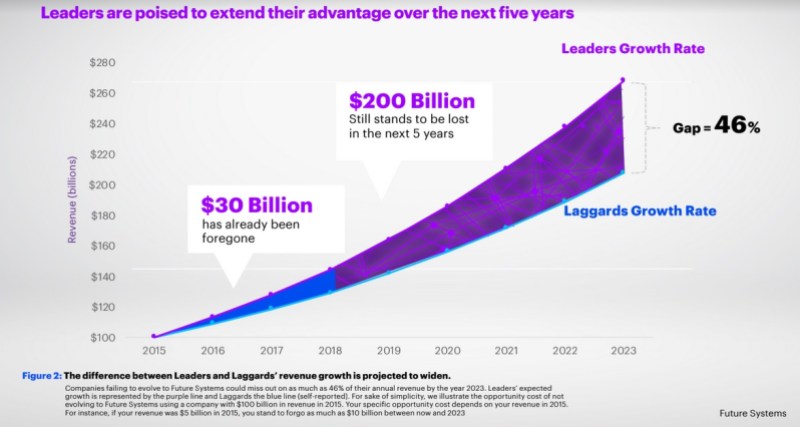 Above: Accenture says those who excel at scaling tech can generate twice the revenue of laggards.

“Today’s C-suite is investing staggering amounts of money in new technology, but not every company is realizing the benefits of innovation as a result of those investments,” said Bhaskar Ghosh, group chief executive of Accenture Technology Services, in a statement. “Laggard companies are deploying technology in pockets without a strategy for scaling, and as a result, are seeing only sporadic benefits and falling behind competitors. Our newest study reveals that the world’s leading companies are investing in boundaryless, adaptable and radically human systems to maximize innovation, business performance and value.”

Fundamentally, leaders believe that humans and machines can bring out the best in each other while companies and their ecosystems can form mutual alliances. It’s one reason they’re motivated to build future systems that are boundaryless, adaptable, and radically human, in Accenture parlance. Here’s what those terms mean:

“Companies that can think in terms of systems, as opposed to point-solutions, stand to outpace others in terms of both revenue and margin growth. It starts with envisioning their own boundaryless, adaptable, and radically human future systems,” added Ghosh. “It continues with encouraging workers to experiment and present non-traditional ideas — both important components of learning and growing. While there is no fixed endpoint in the race to success, these attributes yield a competitive advantage and help close the innovation achievement gap.”