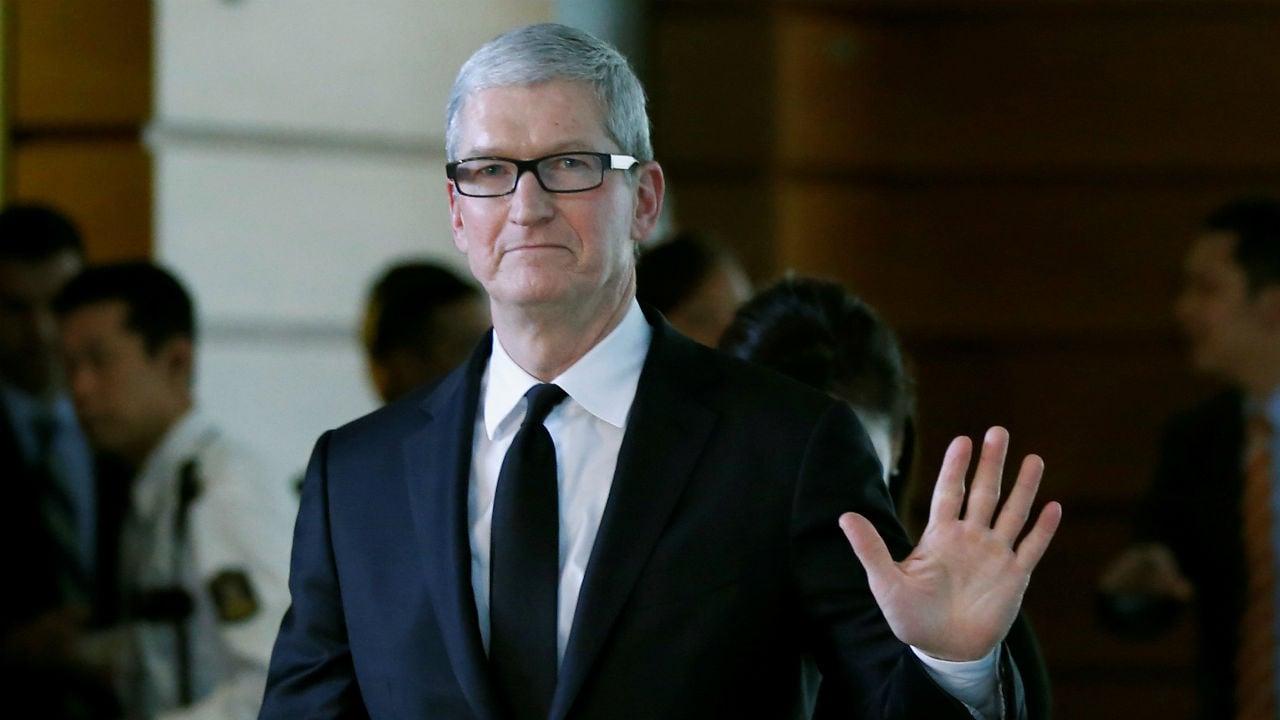 Apple Inc Chief Executive Tim Cook met the chief of China’s market regulator in Beijing on Thursday, the Chinese agency said, a week after the U.S. firm was thrust into political tensions between the mainland and protesters in Hong Kong.

Apple last week removed from its app store an app that helped Hong Kong protesters track police movements after a Chinese state newspaper sharply criticised it for allowing the software. The company said the app, HKmap.live, was used to target the police.

Cook had defended the removal in the face of criticism for appeasing mainland China, telling Apple workers that “this decision best protects our users”.

China’s State Administration for Market Regulation said in a statement on its website that its chief, Xiao Yaqing, and Cook discussed topics including Apple expanding investment in China, consumer rights protection and fulfilling corporate social responsibility. It did not give more details.

Cook was in Beijing for an annual meeting at Tsinghua University, where he serves on an advisory board alongside executives from other companies. Apple did not immediately respond to a request for comment.

China is a key market for Apple. Apple’s smartphone market share fell to 5.8% in the June quarter from 6.4% in the same period a year ago, according to research firm Canalys, as China’s homegrown Huawei Technologies Co Ltd became the dominant smartphone seller.

Cook’s meeting Thursday came as China prepares to host the World Internet Conference in Wuzhen in China’s eastern Zhejiang province. The event in the past has attracted overseas company executives, foreign diplomats and Chinese government officials.

It was not immediately clear if Cook would be a participant at the conference this year. He last attended the event in 2017.