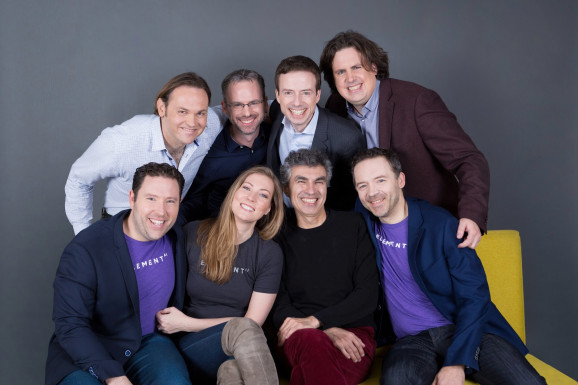 Element AI Inc., a Montreal-based startup selling artificial intelligence software, today cemented its position as one of the better-funded players in its corner of the market by announcing that it has raised 200 million Canadian dollars (about $151 million) in additional capital.

The investment came from a group of public and private sector backers. Canadian pension fund CDPQ led the round while the Québec regional government, McKinsey & Co. and a number of existing investors chipped in too.

Element AI launched in 2016 as a professional services firm focused on helping traditional enterprises implement machine learning. The startup garnered significant industry attention from the outset thanks partially to its high-profile co-founder, pioneering deep learning researcher Yoshua Bengio, who won the Turing Award in 2018 for his contributions to the field. Element AI has gradually expanded its focus since its launch by creating a fund to support fellow machine learning companies and introducing ready-made AI tools.

One of the startup’s offerings, Knowledge Scout, is a search engine for manufacturers. The software speeds up the diagnosis and repair of production line issues by giving technicians relevant information about previous incidents with similar characteristics. Another product, Task Orchestration, provides suggestions for streamlining day-to-day operations at retail stores.

Element AI lists  only two customers on its website: Bank of Canada and Gore Mutual. But a tipster told TechCrunch that the startup also has deals with several other large enterprises worth a “significant double digit million number” in aggregate.

The same source was cited as saying that the new funding round values Element AI at between $600 million and $700 million. That’s up from the estimated $300 million the startup was worth after its previous raise back in 2017.

Element AI Chief Executive Jean-François Gagné (pictured, bottom left) sees a big opportunity ahead of his company. “Operationalizing AI is currently the industry’s toughest challenge, and few companies have been successful at taking proofs-of-concepts out of the lab, embedding them strategically in their operations, and delivering actual business impact,” he said in a statement.