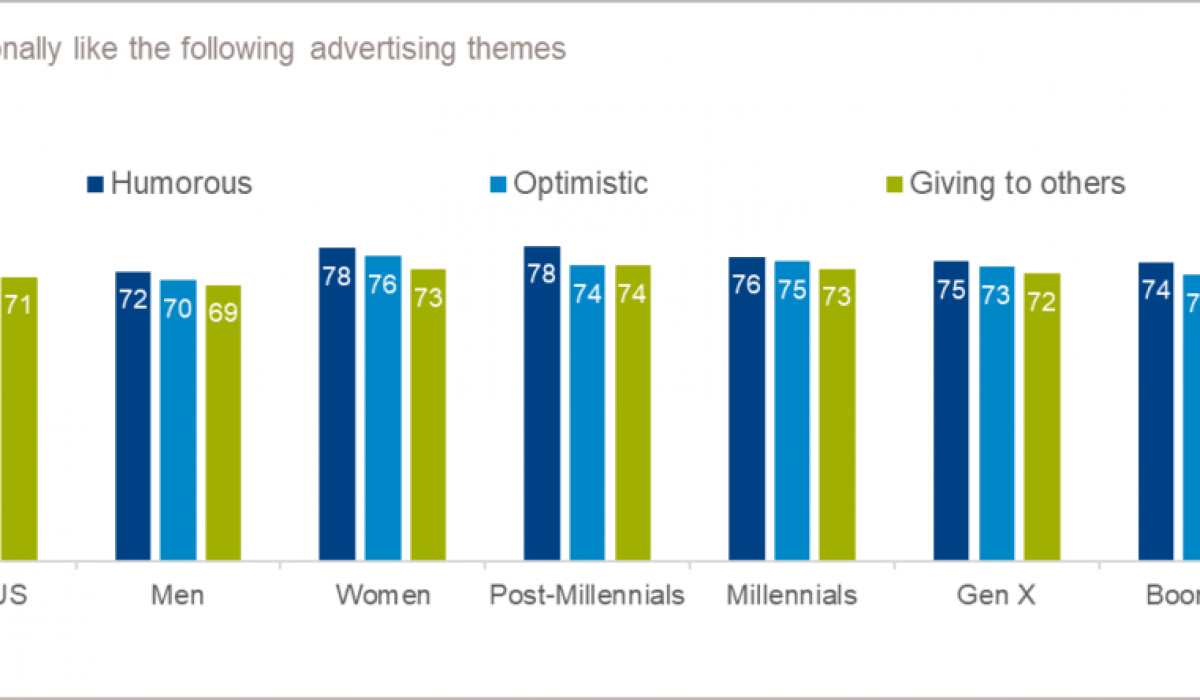 Even though we are still kicking off the year, we’re also winding down the latest round of “must-watch” TV programming that comes early in the year (e.g. Super Bowl, Oscars) – and it is a good time as any to assess the latest consumer attitudes & behaviors towards media consumption.

Notably, recent ratings continue to show a bleaker outlook for traditional TV – for example, the Super Bowl was the lowest-rated in 11 years, with 98.2 viewers tuning in (a 5% decline from 2018).  Additionally, the Grammys pulled in 19.9 million viewers, a minimal improvement over the lowest-rated 19.8 figure from last year. And finally, the Oscars very recently did beat last year’s record low of 26.5 million viewers, with 29.6 million for 2019.

So where are consumers heading from here – and what are the opportunities for marketers? Let’s focus on three key areas to assess.

Of course, cord cutting is a phenomenon that continues to have ripple effects. According to a recent GfK Consumer Life study, 26% of Americans have used a streaming device in the past 30 days (e.g. Roku, Amazon Firestick, etc.) – this rises to 36% among Millennials).  And new players will be offering their own streaming services soon – including Apple, Disney, and AT&T – which means that viewers will have even more choices to pass on traditional TV/cable options.

However, with more to choose from, consumers might find it difficult to select the best option for them.  And if the cost is not right – we don’t know yet what pricing plans will look like (especially for newer, more a la carte-type packages) – then reverting back to traditional TV programming, or simply not subscribing to any service at all, might be the more viable scenario. In fact, even today, many TV streaming packages are starting at a monthly $40-$50 range – but that is typically with limited channel availability (i.e., tack on more dollars for upgrades), plus the cost of monthly Internet service – and consumers quickly approach a similar $100-type bundled package that traditional cable companies currently offer.

Moreover, traditional TV still has the backing of being the ‘go-to’ for live events – for example, only 2.5 million viewers streamed this year’s Super Bowl (accounting for just ~2% of all viewers) – so we still have a long way to go before those numbers start matching traditional TV viewership.

Everything Is More Niche

Forty-seven percent of Americans have binge-watched more than three episodes of content in one sitting more often than last year.

Ultimately, with media fragmentation (and the many different types of content to choose from), viewers are picking and choosing what types of programming they want to consume (and not just ‘what types’ but ‘when’). According to MRI, 47% of Americans have binge-watched (i.e. 3+ episodes of content in one sitting) ‘at the same amount or more often than last year’ (55% for Millennials). This of course goes completely against the traditional next day, ‘water-cooler’-type conversations (e.g. “Did you see what happened there last night?” “No I’m still not caught up, so don’t spoil it…let’s talk about it again in a few days/weeks/months/etc.”)

And marketers are not only fighting to get in front of consumers’ eyes, but their ears too. Podcasts have certainly picked up steam and are catering to all sorts of audiences with niche-type interests (Hollywood is getting in on the act too). MRI data shows that 14% of Millennials have downloaded or listened to a podcast in the past 30 days (+6 pts already just since 2016, and +5 pts from all Americans).

What’s Left in the Mass Market?

While perhaps not drawing the same audience metrics as they used to, large “must-see” events such as awards shows continue to exist in today’s world of TV programming (reaching tens of millions of consumers all-at-once is still quite the opportunity).  And though viewers are probably more fragmented themselves than ever – based on demographics, interests, and aspirations – there are some constant themes that seem to resonate with most everyone.

GfK Consumer Life lists the following as the top advertising themes that Americans prefer: those that humorous, those that are optimistic, and those that represent giving to others. Notably, this top three list remains relatively the same regardless of age or gender (among other demographics such as political leaning). Marketers seem to have taken note, as these narratives were commonplace in recent spots from the big live events (e.g. Super Bowl ads such as Audi’s “Cashew” spot or Microsoft’s “We All Win”).

How can companies and marketers adapt?

The TV programming trends that are taking place in the media world will continue to disrupt moving into 2019 and beyond. Although new offerings will drive fragmentation further, companies and marketers have to acknowledge which opportunities will work best for them.

Keeping abreast of cultural shifts is another way to connect with consumers – case in point, the recent resurgence of nostalgia in popular culture. GfK Consumer Life research tells us that 85% of Americans are nostalgic about specific time periods in the past (including two-thirds citing the 1990s or earlier). It’s no surprise, then, that companies and marketers are playing off this theme (e.g. Disney bringing back classic animated films in the form of live-action movies, with their latest effort, “The Lion King”, set to be released in July).

Another opportunity area is leveraging influencers and specifically ‘meme’-worthy content. The recent Netflix thriller “Birdbox” did just that – while it may not have been critically acclaimed, the traction from social media & memes undoubtedly led to its success.

Watch the full video & download slides on “The Promise of the Smart Life.”