First people build things in their garages. Then the startup ecosystem develops. Then the tech gets noticed. Then the big players start realizing how disruptive it will be, and they start buying up the startups so they’re the ones doing the disrupting, rather than being disrupted.

It’s a cycle as old as silicon valley (so not really that old in the scheme of things). We’ve seen businesses like Amazon, Google and Facebook go from dorm rooms to garages to becoming some of the most valuable companies in the entire world.

Now it is artificial intelligence tech that is the exciting new technology with the power to transform how we live work and organize the world. The possibilities for marketers are enormous, so it is wise to keep an eye on how the tech is maturing.

The chart below shows how many companies acquisition deals have occurred involving AI companies in the past 20 quarters. What we are seeing is the growing realization of the power of AI tech, and thus a scramble to acquire AI startups that have made technological advances. Acquisitions in the first quarter of 2017 were fully three times higher than the first quarter of 2016. Expect acquisitions this year to become product features in some of the biggest tech companies next year, like Google, Facebook, and big software providers. 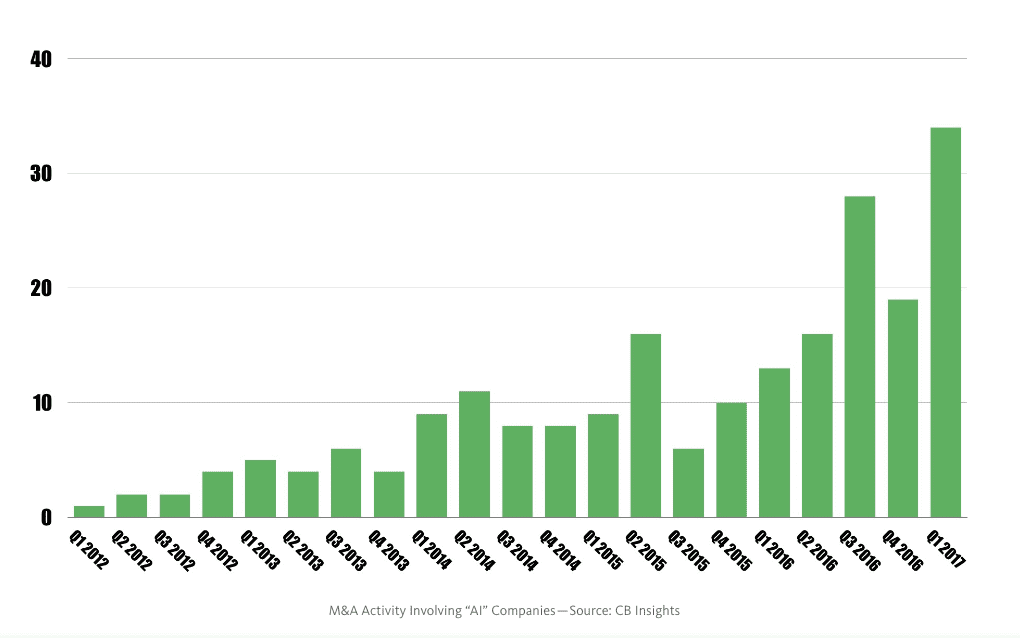 READ ALSO  How to Actually Generate Leads on TikTok [Infographic]