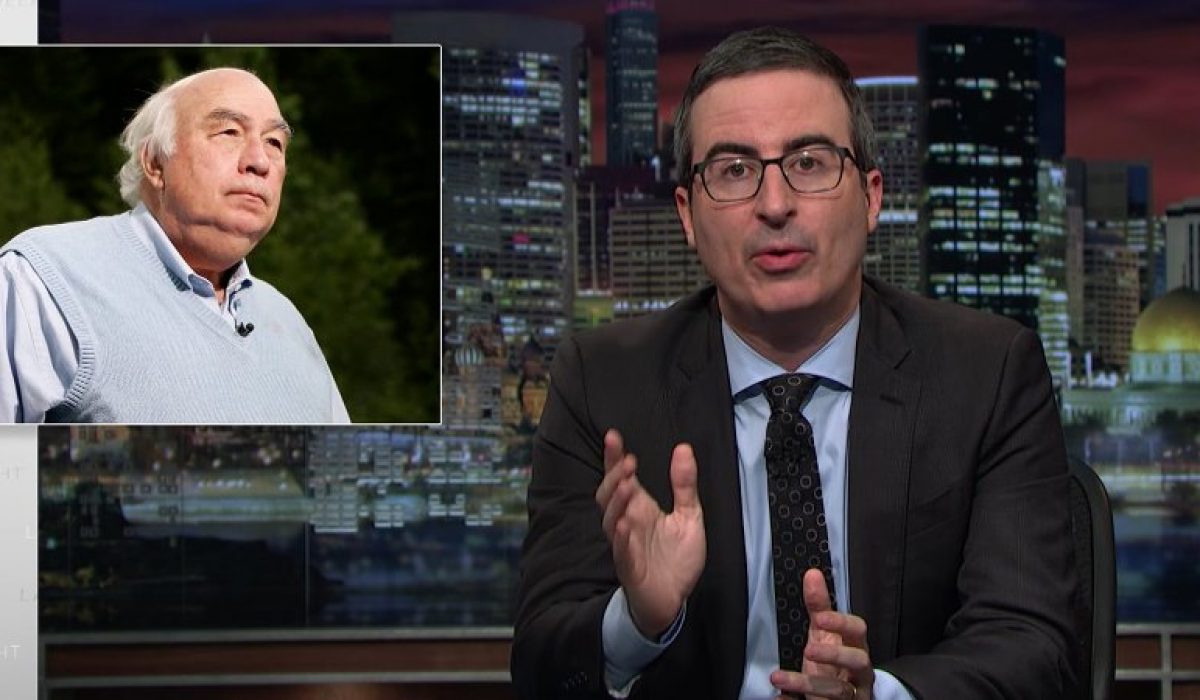 Oliver’s segment on Sunday, June 18, explored the decline of the coal industry, President Trump‘s promises to revive it, and Murray’s belief that the industry’s woes stem from former president Barack Obama’s “evil agenda.” The late-night host called Murray a “geriatric Dr. Evil” who tried to weaken safety regulations through litigation. Oliver added that the executive was “on the same side as black lung” and bashed his response to a 2007 mine accident in Utah that killed nine people.

“Bob Murray, I didn’t really plan for so much of this piece to be about you, but you kinda forced my hand on that one,” Oliver said. “And I know you’re probably going to sue me over this. But, you know what? I stand by everything I said.”

But the comedian knew he was poking a bear: When his writers reached out to Murray Energy for comment, the company sent a letter instructing the show to “cease and desist from any effort to defame, harass, or otherwise injure Mr. Murray or Murray Energy” and added that “failure to do so will result in immediate litigation.”

Murray is also suing Time Warner and HBO, one of the cable network’s assets. The lawsuit accuses Oliver of a “meticulously planned attempt to assassinate the character and reputation” of Murray and broadcasting false statements to HBO’s 134 million paying subscribers, according to The Washington Post.

“We have confidence in the staff of Last Week Tonight and do not believe anything in the show this week violated Mr. Murray’s or Murray Energy’s rights,” HBO told The Washington Post. Murray has a history of suing journalists and media companies that are critical of him and his firms. He has filed at least nine lawsuits against reporters and new organizations, according to the Pittsburgh Post-Gazette. Most–if not all–never went to trial, The Washington Post reported.

Murray Energy operates in the northern Appalachian basin and its believed Murray, his wife and sons own all the equity in Murray Energy, which had estimated revenues of $3.6 billion in 2014, by Forbes‘s estimates.