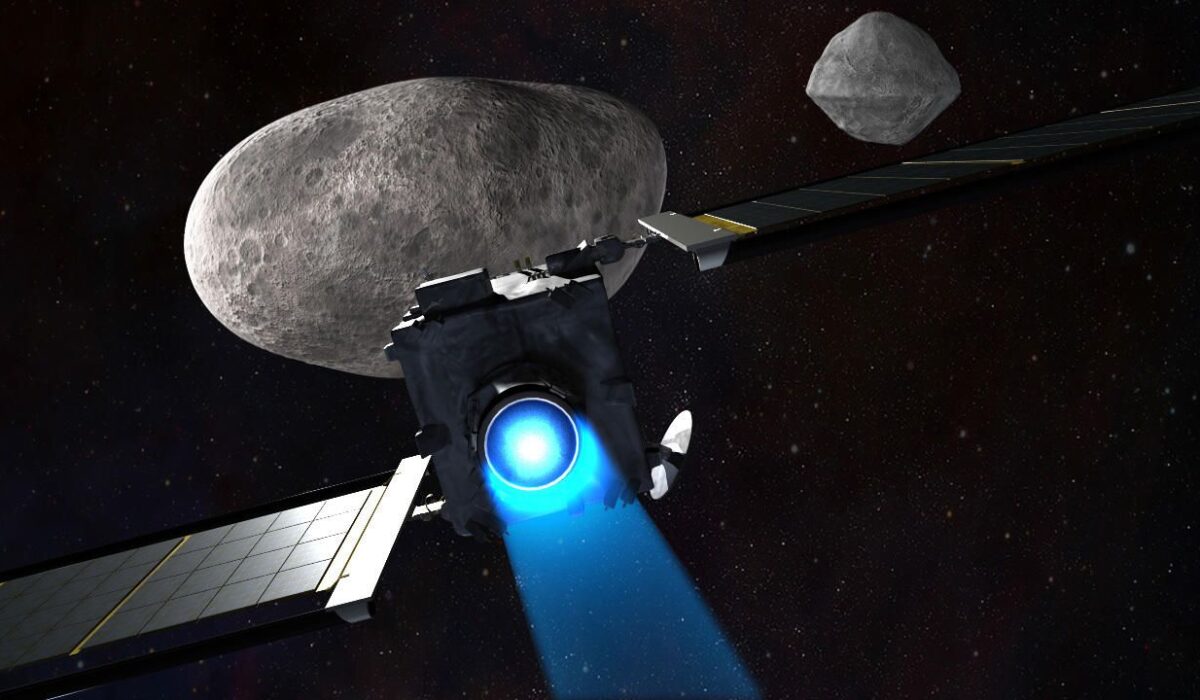 It sounds like a Hollywood pitch, but it’s real. NASA will send a spacecraft to crash into an asteroid’s moon. That moon now has a name: Dimorphos, which means “having two forms.” Before smash and after smash.

NASA’s Double Asteroid Redirection Test (DART) mission will reach an asteroid named Didymos in 2022 as a demonstration of an asteroid deflection system designed to redirect a space rock away from an Earth impact. Didymos’ moon is the target of the exercise and it was saddled with the temporary name “Didymos B” until the International Astronomical Union approved the new name “Dimorphos” this week.

The European Space Agency (ESA) compares the size of Dimorphos with the Great Pyramid of Egypt.

DART is designed for a kinetic impact, which means it will crash into Dimorphos in an effort to nudge it. If it works, this method could potentially be used to move an Earth-threatening asteroid onto a safer path. It’s a more realistic version of the 1998 action movie Armageddon.

“Dimorphos, which means ‘two forms,’ reflects the status of this object as the first celestial body to have the ‘form’ of its orbit significantly changed by humanity — in this case, by the DART impact,” said planetary scientist and DART team member Kleomenis Tsiganis in a NASA statement on Tuesday.

Hazardous asteroids are a global issue and NASA isn’t doing this alone. DART’s exploits will be witnessed by a small CubeSat companion from the Italian Space Agency. Two years later, ESA will launch its own Hera spacecraft to visit Didymos and examine the results of the DART mission.

DART is scheduled to launch in 2021. Didymos and Dimorphos aren’t an actual threat to Earth, but they could be become invaluable test subjects as we work out new ways to protect our planet.