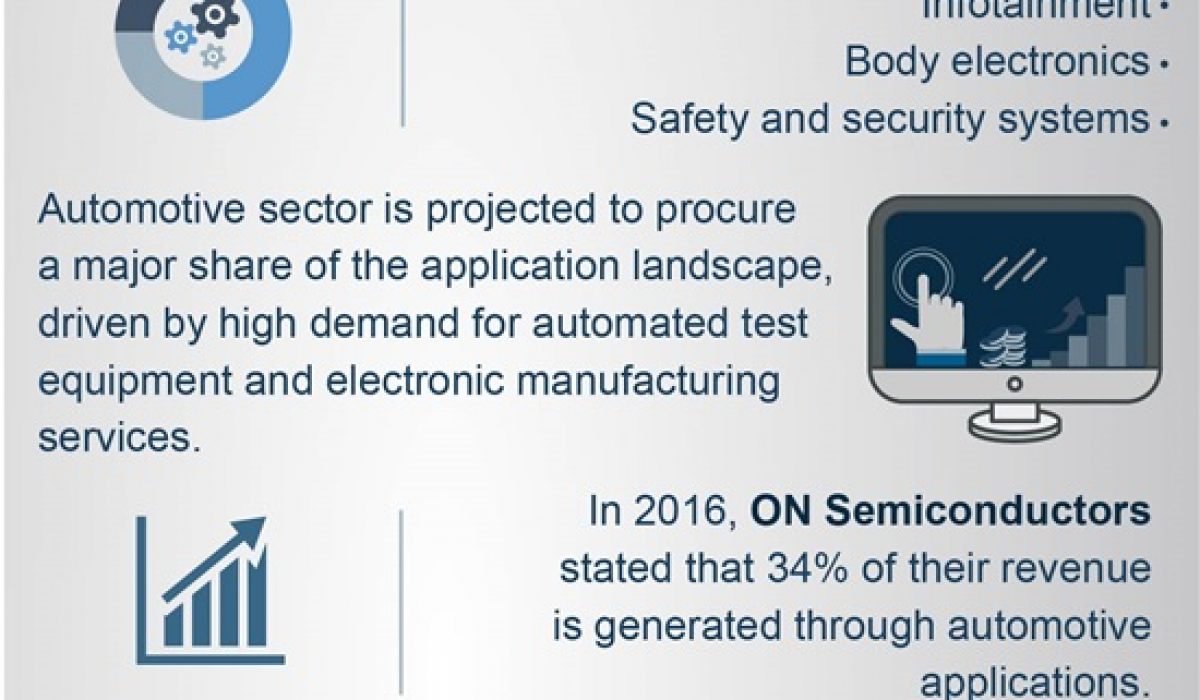 Victoriously thriving in the face of ever-changing technology trends, computer engineering industry in 2018, stands as one of the most challenging, yet remunerative business verticals of all time. In an era of advanced connected technologies such as artificial intelligence, mobile computing applications, and IoT, the design, manufacturing, and deployment of computer systems has changed in more ways than one. From being a purely hardware-oriented space to having evolved as a business establishing its presence across numerous other application sectors, computer engineering market has indeed come a long way. Incidentally, this has encouraged core companies to brainstorm newer innovations that could potentially change the dynamics of this business space.


Globally acclaimed computer engineering industry company, IBM, recently unveiled the world’s smallest computer at its Think 2018 annual conference. Encompassing a million transistors, this ambitious product is the result of the firm’s ‘Crypto Anchor’ program and will be able to perform at a considerably high speed, given its size. IBM’s initiative coherently validates the fierce competitive scenario of computer engineering industry and the up-to-the minute developments this vertical is characterized by. Once defined by the trends of RISC architecture and then the good old CMOS technology, computer engineering market today has found a major driving propellant in the ongoing trends of cloud computing and the internet. Not to mention, the extensive growth of the semiconductor space has indeed proved to be quite a catalyst for the expansion of this business sphere, prominently sowing the seeds of high-grade innovation among computer engineering industry companies.


Despite having ruled the roost for quite a while, the trend of personal computers is seemingly on the decline now. The first tremors of this shocking revelation were brought to the notice of computer engineering industry companies back in 2011, when tablets outsold the year’s sales of PCs, at a time when merely 10% of U.S. households even owned a tablet. Worst still, the year 2016 witnessed mobile internet usage surpassing the use of the PC for the first time. Indeed, these statistics led to a spate of speculations claiming the end of the PC era and a massive change of dynamics in computer engineering industry trends.


Exactly at a time when the reign of PCs was anticipated to end, somewhere in 2017, it had been reported that the traditional PC market fared better than expectations that year, profusely confusing computer engineering market companies about the precise status of personal computer in the global tech scenario.

Amidst the backdrop of such a chaotic state of affairs, computer engineering industry companies now have a massive challenge to deal with – how best to enhance the current PC design and specifications so as to enable the PC market to thrive successfully, if not reign supreme. On this note, experts predict the genesis of a plethora of computer engineering industry trends that are certain to bring about a transformation in this business. Say for instance, VR devices of the future are likely to arrive in the form of PCs that would fit on the user’s head. Leading tech giants such as Acer, HP, Lenovo, Dell, and Asus are expected to launch such highly advanced mixed reality headsets that would enable users to interact with 3D objects.


Computer engineering industry companies are betting on new storage and memory technologies to ensure that PCs thrive in the future. Intel’s Optane for example, is a fast SSD and DRAM replacement that may be designed to consolidate storage and memory, bringing about a deep-seated change in PC architecture. The first Optane SSDs may be in enthusiast PCs and would be 10 times faster than conventional SSDs. While the idea is set to remain a perception for the next few years, it has set the ground for what experts believe is a ‘radically transformative solution’ in computer engineering industry.


One of the core factors ensuring that PCs are here to stay is the fact that corporate workplaces have still been slow to adopt portable devices. A leading survey claims that desktops still dominate the workplace, with an average of 60% employees found to be depending on PCs to get their job done. Despite the deployment of tablets and laptops at workstations, it has been found that PCs stood tall among employee preferences for work. Indeed, estimates state that more than 24% of surveyed organizations plan to increase their overall investment in PCs. These subtly changing trends are a sure-shot indicator of the fact that computer engineering industry share from PCs would witness a massive upsurge in the ensuing years.


It is thus rather overt that despite PCs being classified in the dinosaur era, there is no dearth of technological advancements that are capable enough to push PC market growth through 4K video, 5G connectivity, and virtual reality. These high-tech developments are certain to help PCs procure a significant proportion of computer engineering market share in the ensuing years. Renowned experts in fact, are of the opinion that PCs are definitely not fading away but would make a renewed comeback in a new form of personal computing, majorly disrupting computer engineering industry trends.


The supercomputer – the supposed magical device that once was an element of the science fiction realm, are now catching on as the super trendy gadget in computer engineering industry. In the last half a decade, the interest revolving around supercomputers has gone up by several notches. Computer engineering industry companies have now been vying with one another to manufacture supercomputers and rapidly exploit their capability across a slew of applications. Manufactured to be operational at a substantially high speed and memory, these devices have been making a bold splash all over and are being consistently upgraded as per industry demand. Outlined below is a set of commendable accomplishments that computer engineering market has witnessed in recent times, on account of the growing popularity of these highly advanced devices.


Incidentally, India has also commendably augmented APAC computer engineering industry trends by means of launching its own fastest supercomputer yet. Pratyush, the array of computers that is able to deliver a peak power of 6.8 petaflops, is likely to push India ahead in the global race to manufacture the fastest supercomputer in the world. In the process of suitably speeding up the computing capacity of systems, numerous geographies have been striving to conduct R&D programs and sponsored initiatives that would enable the procreation of highly advanced, efficient, and user-friendly supercomputers for myriad applications.


The furor of miniaturization has indeed encouraged semiconductor manufacturers to develop a single component set that encompasses numerous functionalities together, in a small size with flexible mounting possibilities. In consequence, this has led to semiconductors being used in multiple sectors that hadn’t quite been possible earlier. On these grounds, applications such as smart fitness products, medical implants, and surgical devices have emerged as viable growth avenues for computer engineering industry companies. In the long run, the potential lure of wireless battery charging and System-on-Chip devices is likely to gain mainstream popularity, thereby generating excellent expansion prospects for computer engineering market.


Considering the current scenario, it wouldn’t be incorrect to quote that consumers of the future are certain to influence computer engineering industry trends. With the rise in the usage of smartphones and tablets, mobile computing hardware development has emerged as a highly lucrative growth ground for this business space, both in the developed and emerging economies. Aided by a vastly advanced technological landscape, and the ever-increasing demand for electronic systems across a plethora of application domains, computer engineering industry size has been forecast to stir up a storm in the trillion-dollar business sphere.