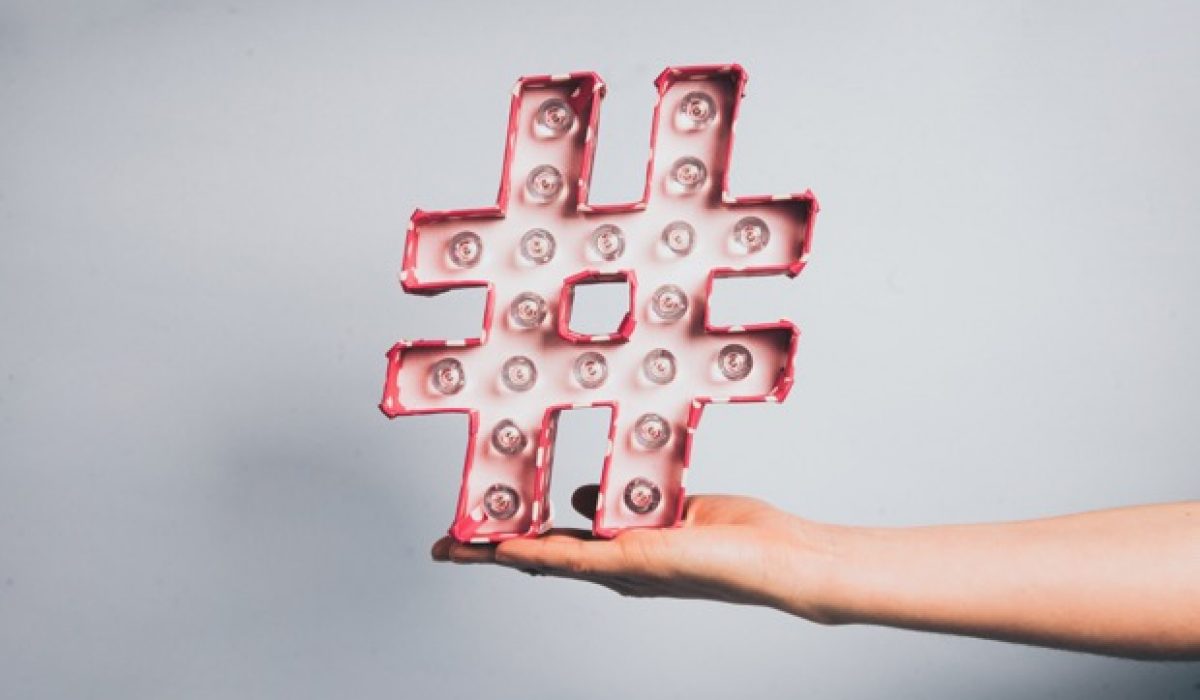 Even though the term hashtag has now marked its 10-year anniversary and is officially defined in the Oxford dictionary, a lot of people find it hard to run dedicated hashtag campaigns.

But good hashtag campaigns can be powerful, and drive a lot of traffic and awareness.

In this post, we will look at some of the best (and the worst) hashtag campaigns of all time and discuss their key takeaways.

It doesn’t matter if you represent a small business or a multinational brand, a hashtag campaign can serve various purposes. Hashtag campaigns can:

For instance, you can see how Lay’s came up with their #DoUsAFlavor campaign. It helped them involve their audience by letting them vote for their favorite flavor on social media.

Plus, the hashtag campaign proved highly beneficial for the pre-launch of the new flavor, once it was chosen.

Get the taste of homegrown fried green tomatoes fried with tangy rémoulade! Try all 3 #DoUsAFlavor flavors & vote at https://t.co/X0KaZogSYl pic.twitter.com/gwomQXoyFj

How to choose a hashtag

The most vital part of running a hashtag campaign is coming up with a hashtag that can easily go viral. Before you proceed, here are a few do’s and don’ts for using hashtags on social media:

Most importantly, always read your hashtags a few times and ask someone else to review them as well. Because who could forget the hashtag fail of #susanalbumparty? A whole lot of trouble could be saved by simply capitalizing the hashtag as #SusanAlbumParty:

Here is an example of a hashtag that can easily be misread #susanalbumparty 😂#MarketingFail pic.twitter.com/BiMLLoSE56

Mistakes to avoid while running a hashtag campaign

The best hashtag campaigns of all time

Here is my pick of some of the most remarkable hashtag campaigns that are still known for their massive reach.

A while back, when R8 was released, one of the Twitter users (Joanne McCoy) let the brand know how badly she wanted to ride an R8 by including #WantAnR8 in her tweet. The brand gave her a surprise by letting her drive an R8 for a day.

The hashtag later took off as the brand used it to promote the launch of their car. Soon, others also started using the hashtag and the brand surprised a few them by letting them drive an R8 for a day.

Tweeted more than 75 thousand times, it depicts how to make the most of user-generated content. The brand was listening to their customers and let them be their ambassadors on social media.

When #NationalFriedChickenDay started trending on Twitter, KFC jumped to make the most of this opportunity. The hashtag originally started to trend on Twitter as thousands of food enthusiasts wanted to dedicate a day to fried chicken. KFC realized that the hashtag was related to their brand and ran a promotional campaign around it.

It became an annual celebration, as well as KFC’s most popular hashtag campaign. This year, the brand celebrated the day by installing SAW-like drive-thru robots.

Just like KFC, we should also stay updated with the ongoing trends. You can always tap into an already-trending hashtag and associate it with your brand. You don’t even have to include your brand’s name in the hashtag to make it relevant.

This is one of my personal favorites as the campaign redefined Coca-Cola’s social media image. A while back, the brand came up with the idea of sharing a coke by offering personalized labels for bottles. In this way, customers can gift Coca-Cola to others and share a Coke with them.

The brand also launched a website from where customers could order their personalized Coke. To further boost the visibility of the campaign, it collaborated with stars like Ryan Seacrest and Selena Gomez. It became a viral hashtag campaign and is still promoted by the brand.

If you have an original idea like Coca-Cola, then make the most of it by running a powerful hashtag campaign. Think beyond social media and don’t hesitate to run a whole marketing vertical if the campaign takes off.

Sometimes, all you need is an exclusive promotional campaign to win over your social media audience. A while back, Domino’s Pizza UK did the same. People simply needed to tweet with #LetsDoLunch to get an immediate discount on their Tuesday pizza order.

This created a wave of tweets and got the hashtag trending on Twitter in no time. After all, who can resist a discount on Pizza by simply posting a single tweet?

Want a tasty Domino’s pizza for lunch? Keep tweeting #letsdolunch to knock money off the pizzas!

There is never a bad time to run a giveaway or provide exclusive deals to your social media audience. By giving a small discount, you can win over your customers and expand your reach as well.

During Halloween, the brand posted numerous hilarious vines, parodying some of the most famous horror movie scenes (with Oreo as a lead). It won over their fans and got them trending during the holiday season.

Just like Oreo, you can also run an event or festival-oriented campaign. If an upcoming festival is related to your brand, then you should make an effort to run a dedicated campaign around it.

Beauty and lifestyle brands often need to think outside the box while running hashtag campaigns. L’Oréal Paris achieved this while collaborating with the Golden Globes Awards. Their #WorthSaying campaign gave more power to women and encouraged them to talk about what matters the most to them.

The campaign was supported by popular celebrities like Jennifer Lopez and Blake Lively. Since the hashtag is about female empowerment, which is such a vital subject, it got support from people the world over. The hashtag campaign also went well with the brand’s tagline (“Because you’re worth it”).

As #goldenglobes red carpet conversations flood in… for you, what’s actually #worthsaying? For me it’s: pic.twitter.com/ajJGHZsmk8

Try to come up with a hashtag campaign which your audience can relate to. Just like L’Oréal Paris, think from the perspective of your customers and empower them.

7. #ShareYourEars by Disney and Make-A-Wish

It is one of the most iconic hashtag campaigns of all time. Disney and Make-A-Wish Foundation collaborated together to run one of the most heartfelt campaigns on Twitter. Disney invited its audience to share their pictures with Mickey Mouse Ears on. All they needed to do was post it on Twitter with #ShareYourEars.

For every post, Disney would donate $5 to Make-A-Wish Foundation. Since the campaign had such a noble cause, it went viral instantly. From celebrities to philanthropists, everyone participated in the campaign and raised over $1 million. Later, Disney doubled the amount and donated $2 million to the foundation.

#ShareYourEars was a huge hit! Thanks to your support, @DisneyParks donated $2M to @MakeAWish & @MakeAWishIntl! Thanks for sharing your ears to grant more wishes for kids battling critical illnesses! https://t.co/dBl6W8Ht48 @citizendisney pic.twitter.com/ZngFXxkiYu

Just like Disney, if you can also run a campaign with a heartfelt idea, then it can certainly be a hit. Remember the Ice Bucket Challenge by ALS? It collected over $115 million that even led to an ALS breakthrough research.

Charmin’s #TweetFromTheSeat is a hilarious ongoing hashtag campaign. The brand simply asked its audience to tweet real-life or hypothetical scenarios “from the seat”. Since the topic was so engaging, it took off instantly and blew over social media.

Even though Charmin later came up with some other remarkable ideas as well (like toilet paper dress contest), this one will always remain a timeless hit.

We can’t wait for the first #tweetfromtheseat in #280characters. For those days when you skipped your coffee and need the extra time.

If you have a creative idea, then you don’t need an interesting product to run a hashtag campaign. If a brand that manufactures toilet papers can win over Twitter, then so can you!

Some other hashtag campaigns that won over social media are #PutACanOnIt (by Red Bull), #SFBatKid (by Make-A-Wish), #LikeAGirl (by Always), #MyBreak (by KitKat), #MyCalvins (by Calvin Klein), #RedCupContest (by Starbucks), and #ChooseBeautiful (by Dove) to name a few.

Choosing the right hashtag or having millions of social media followers does not always mean that your campaign is going to work. Have a look at some campaign ideas that backfired massively.

When McDonald’s came up with the #McDStories, they wanted to introduce the hard-working employees of McDonald’s and let people re-live their past memories. It quickly backfired as Twitteraties started posting about their bad experiences with the brand.

It soon became a PR nightmare and gained McDonald’s a lot of bad publicity. Even though the tweet was deleted by the brand, the damage was already done.

Therefore, before you run a campaign, do your research. Ask people about their outlook towards your brand and try to predict how the hashtag can be perceived by your audience. If your brand has a neutral image, then don’t ask people to share their experiences so openly.

Just like McDonald’s, Burger King also saw backslash for their #WTFF campaign. It was launched to promote their new low-fat fries. Ideally, #WTFF should have stood for “What the French Fry”. Needless to say, WTFF is an established acronym for What the F***ing F**k.

The brand became a joke on Twitter with everyone making fun of this awkward hashtag. Before you come up with an abbreviation like this, be sure that it doesn’t stand for something you are not aware of. A little research could have saved so much trouble for the brand.

Some other popular failed hashtag campaigns are #PricelessSurprise by MasterCard, #ILoveWalgreens by Walgreens, #AskBG by British Gas, and #YourTaxis by the Victorian Taxi Association.

Now that you know about some of the most popular (and not-so-popular) hashtag campaigns, you can easily come up with a winning marketing campaign as well.

If you have any questions about hashtag campaigns, feel free to drop a comment below.

A social media marketing enthusiast, Pankaj is determined to shape his ideas into perfect products. CoFounder of Twitter Tracking Tool Socialert, he believes in coming up with engaging tools to redefine the face of digital marketing. Learn more about him at his blog.

You are here:
Home » Social Media Hashtag Campaigns: 10 of the Very Best (+ A Few Fails)