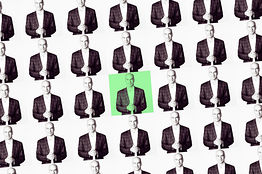 GoDaddy (GDDY) has been among tech’s better-performing stocks this year.

In the year since GoDaddy named Scott Wagner CEO to succeed Blake Irving, the Internet-domain registrar and web-hosting company’s stock is up 56%, it’s reached 18 million paying customers, and revenue has topped $2.5 billion. But Wagner is predicting bigger things: Nearly 25 million paying customers and about $5 billion in revenue by 2023.

“As an investor story, I think of this pretty straightforward: Our average customer is worth $700, but it costs just $70 to acquire them,” Wagner, a former partner at KKR, told Barron’s in a lunch interview on Thursday.

Fifteen analysts polled by FactSet seem to agree: 12 recommend Buy with an average target price of $84.57 on GoDaddy shares.

Wagner’s projections are based on GoDaddy’s expansion into untapped markets in Asia and Europe, continued tweaks to its product lineup, an extremely low churn rate (15%) among its customers, and acquisitions of companies like social-media marketing platform Main Street Hub that have added to GoDaddy’s installed user base.

Increasingly, the Scottsdale, Ariz.-based company’s growth is coming from places such as the UK, Canada, Australia, India, and other parts of Europe and Asia. In 2012, about 2 million of GoDaddy’s 10 million small-business customers, about 20%, came from outside the U.S.; this year, about 8 million of its 18 million customers, or 44%, are non-U.S.

One million of them are in India where, despite massive infrastructure issues, GoDaddy has established a growing customer base. And, if all goes well, the company hopes to gain more customers in Mexico, which Wagner acknowledges “should be bigger.”

Wagner also sees an opportunity in helping small businesses manage their reputations in an era when Facebook (FB), Twitter (TWTR), and other social media have been blamed–sometimes justifiably–for fomenting distrust. Main Street Hub, acquired for $125 million in cash and as much as $50 million in future earn outs, has a team of photographers, writers, designers, and marketers to create and manage content on a business’ social pages.

“The trust factor with social media presents an opportunity for us,” says Wagner, who knows a thing or two about refurbishing a company’s image. He and former GoDaddy CEO Irving made it a mission several years ago to eliminate the risqué TV ads that raised the company’s profile.